I just noticed, Avons doctor who dvds are in reverse order, whys that?

Or maybe it will secure him there forever, in an infinite loop of him putting his clothes on, not taking them off.

Or maybe it will secure him there forever, in an infinite loop of him putting his clothes on, not taking them off.

The Three Amigos! We’re here to kill your thread!
AI is here!!
Top 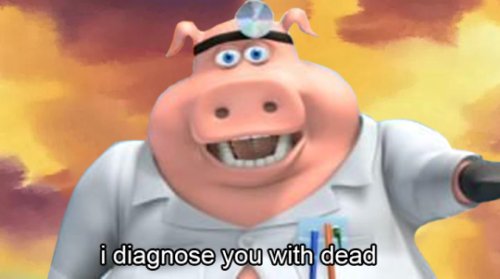 five minutes! Five minutes, well more like a few hours and I come back and find Dangerous Dan, Bret Riverboat and the Riviera Kid trashing my DVDs!

Well now, firstly, thank you all on Romana!

Gek2Win
Me too actually, those cutscenes, though short, are superb, nice they threw them on the Survival disc. I'm considering potentially using a Talons Tom as a proper base for a proper Destiny Ainley.., hmmm

Deborah - Thank you!! I guess, waking up and kind of looking at it fresh, she does look better. You know I think they do, check out people's customs from time to time, occasional comments in the past kind of indicate they may see them in passing, they're at least aware as Styke hasn't got him stick as Al thought we could DIY one, if we wanted to

Dan - I know right? I must credit someone on here, about ten years ago whose name escapes me, they went on a very long explanation about how Pond could be used for Romana and you don't really see it at first till you start retooling the hair and then, the face is almost identical, I didn't even paint her eyes or eyebrows or makeup or anything this time, as it's just so close, scary. Hoping Clara will be similarly to Victoria though that will need some work. It is pretty cool looking at them like that, at last the RTD companion bulge on the shelf is matched by the classics

Woah woah woah, reverse? But, that's the proper way to display your DVDs

I took all of Trial of a Timelord out, and re-arranged it, they placed it in the wrong order! Now that's dedication

I'm imagining many would have a meltdown seeing this, perhaps I live on the inferno Earth which is why my B&M staff are so evil

Amy's face is a great stand-in for Lalla Ward, isn't it?

I used it for my own "Destiny" Romana figure a while back, and it looks fab.
None of Doctor Who is canon.
Top

Thanks both! Most definitely, and well, I'll credit you as the mastermind as I know it was someone here haha!

Completely, utterly forgot that I had this chap skulking around, a James Dreyfus Master!

He's, apparently, the first incarnation (?, not sure how that works) of the Master who BF have had go up against the first and second Doctors, obviously the suit is the same as Simm's in the Doctor Falls, but in this context, I don't know, I loved it before but in a sixties setting, all the more cool, looks like something out of the Prisoner. Eyebrows are a little funky as he looks more Masterlike to my eyes

Completely missed the buttons though! Something to fix..
Top
Post Reply
310 posts