Next week? Better contact Star and update my address, I've requested it be sent to my uni accommodation which I'm not due to move into until mid-September.

I got excited the other day when I saw that Hondo figure go up for order on SAF, then realised it was just a Vintage Collection one.

Next week? Better contact Star and update my address, I've requested it be sent to my uni accommodation which I'm not due to move into until mid-September.

Ships out from Monday, they come in their Friday deliveries this week. It seems the exclusive Wampa and the Heroes of Endor sets will also be joining Bane. Cannot wait! At this rate I’ll have most of wave 27 before we’ve even got wave 26!

And here are the new arrivals! 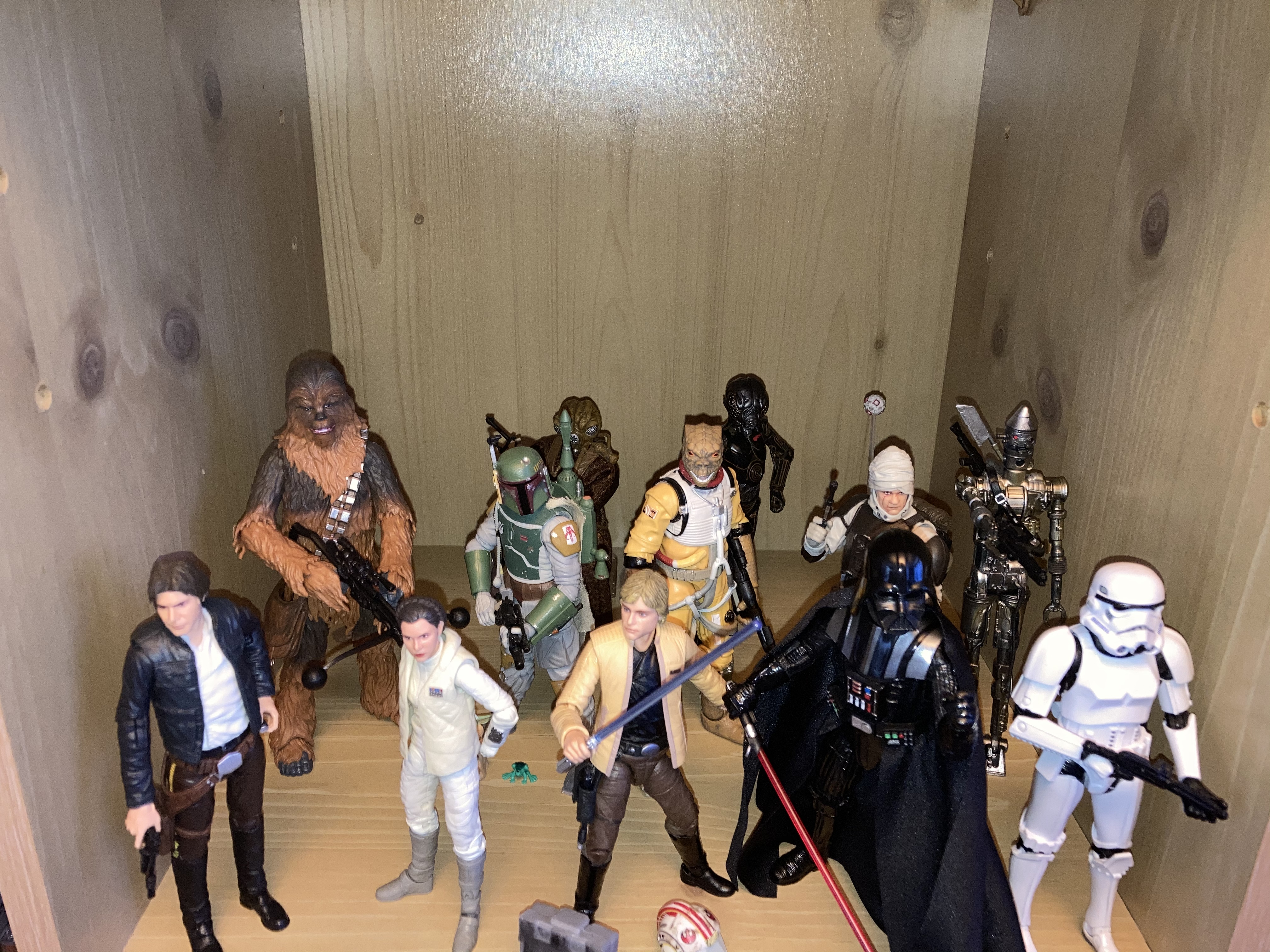 My Ezra and Sabine figures arrived today. The first ones I’ve gotten since way back when The Force Awakens came out. It’s crazy how far they’ve come. The likenesses are great.

My only complaints would probably be that Ezra’s head is a bit big and Sabine doesn’t look quite as “live action” as she could when she’s got her helmet on. It makes her look more cartoony, I know it’s from a cartoon but I really like when they adapt the cartoon appearances to live action. I don’t know if it’s just the nature of the costume or what. She’s also got really unsteady legs. But those really are just minor quibbles.

I’m probably going to order Kanan and Hera next.

Star Action Figures have Hondo and the Mountain Trooper up now.

SJF, get over there!
Top

Got it! Hondo is mine!

So it appears that the next regular wave consists of the following:

Haven’t posted in here for a while. The last few weeks have been mad for preorders!
A couple weeks back got all four Galaxies Edge figures - obviously Hondo is the highlight, amazing figure. But captain Cardinal is superb too! The mountain trooper is fine, kinda lowkey in love with DJ R-3X, so much articulation!

Then came the Cad Bane exclusive. I set a timer and ordered it whilst at work! Couldn’t miss out. Honestly one of the best figures. The detail is astounding and the articulation is just flawless. The face sculpt is spot on too, the expression perfectly encapsulates the character!

Then I received my Rebels the other day. I’d bought Ezra and Zeb separately before realising they all came with face printing, so I ordered a whole case so now have two Ezra and Zebs

gonna chuck them in with my older rebels versions as a whole crew job lot on eBay.
So far I’ve only had time to open Ezra and Zeb, as I received the whole case later. Not a fan of ezra’s face, seems off. Zeb is superb though, even though I wish he had his sly grin rather than a grumpy face. The rest of the rebels look amazing from what I can see in the package though. The original Kanan looks so dull and lifeless, the new one just looks spot on! Kanan is my favourite Jedi so I’m so happy they were able to update him. Same goes for Sabine, so happy she can be displayed with her helmet off now.
I really liked the original Hera figure, but somehow the face print just captures her character just a tiny bit more. The eyes seem slightly bigger and it really works! Not sure on Ahsoka yet, need to do a side by side comparison, but she doesn’t seem that much improved to me.

Tomorrow I should also be receiving my wave 26, so I’ll have a ton of figures to open and display!! Had to order a 2nd of the Kamino clone and stormie earlier though, I’m forcing myself to not army build, but you gotta have atleast a pair!
Top
Post Reply
295 posts