Finally finished this after starting it in January and working on it sporadically since. After seeing videos on TARDIS builds from Batmanmarch and PB Props, I felt like giving it a go.

The original TARDIS is probably my favourite design. I based my model on how the prop looked around the time of The Chase, when it's a bit more battered. 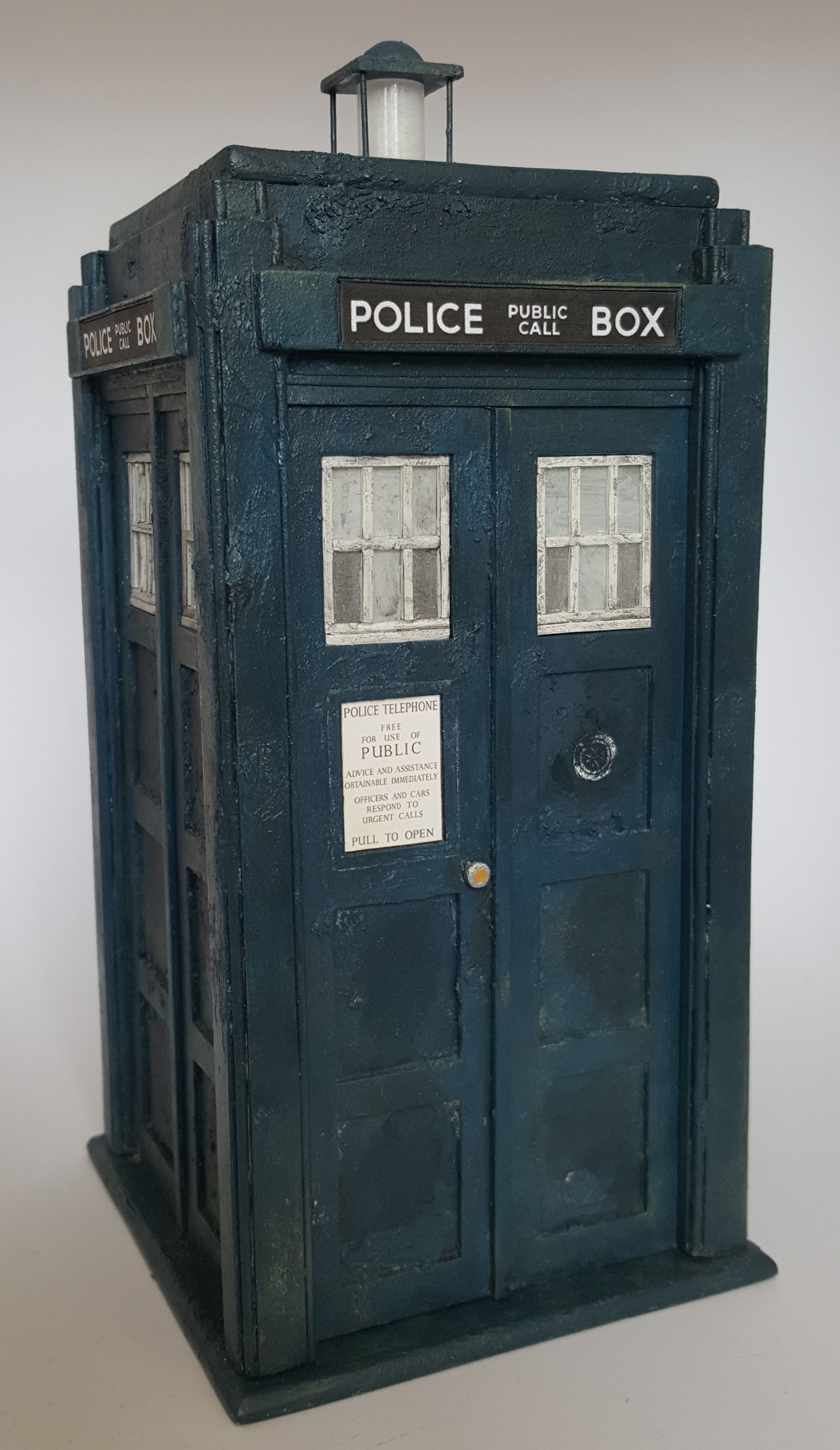 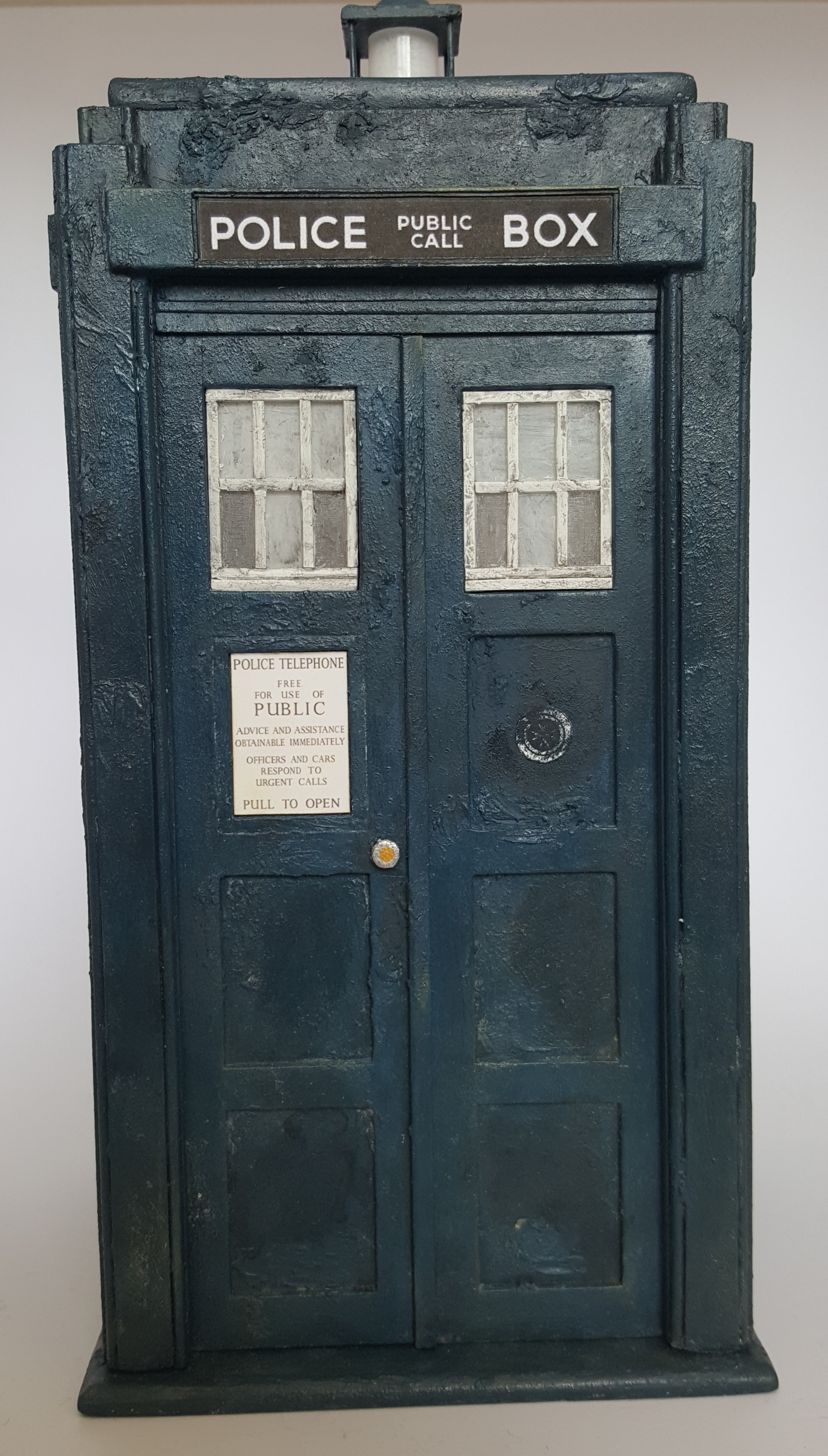 The whole thing is built from plasticard/styrene, with the windows made from acrylic and the lamp made from a piece of a PC cooling tube. I also used brass rods for the lamp housing. The doors are held in place by magnets and are hinged on brass rods. 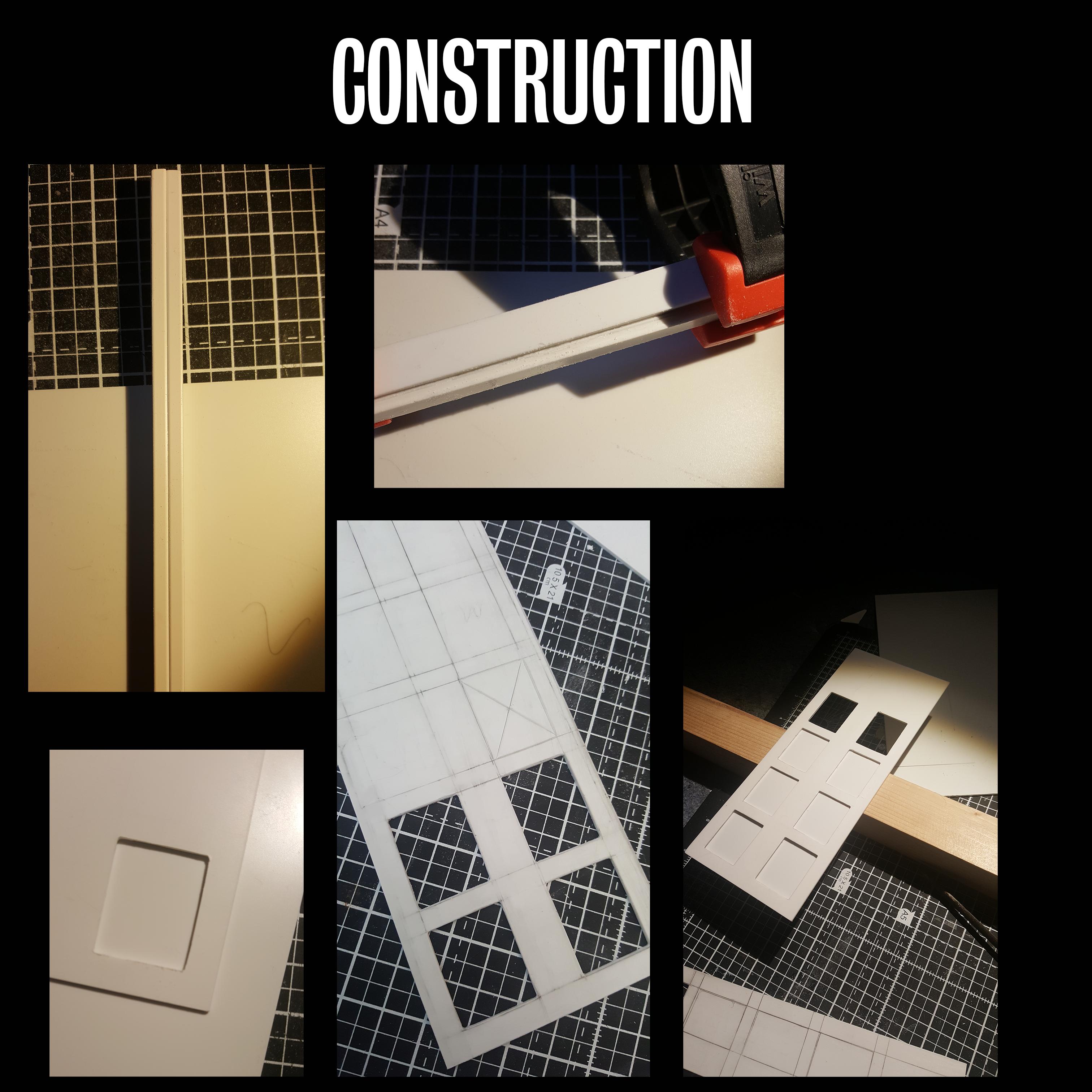 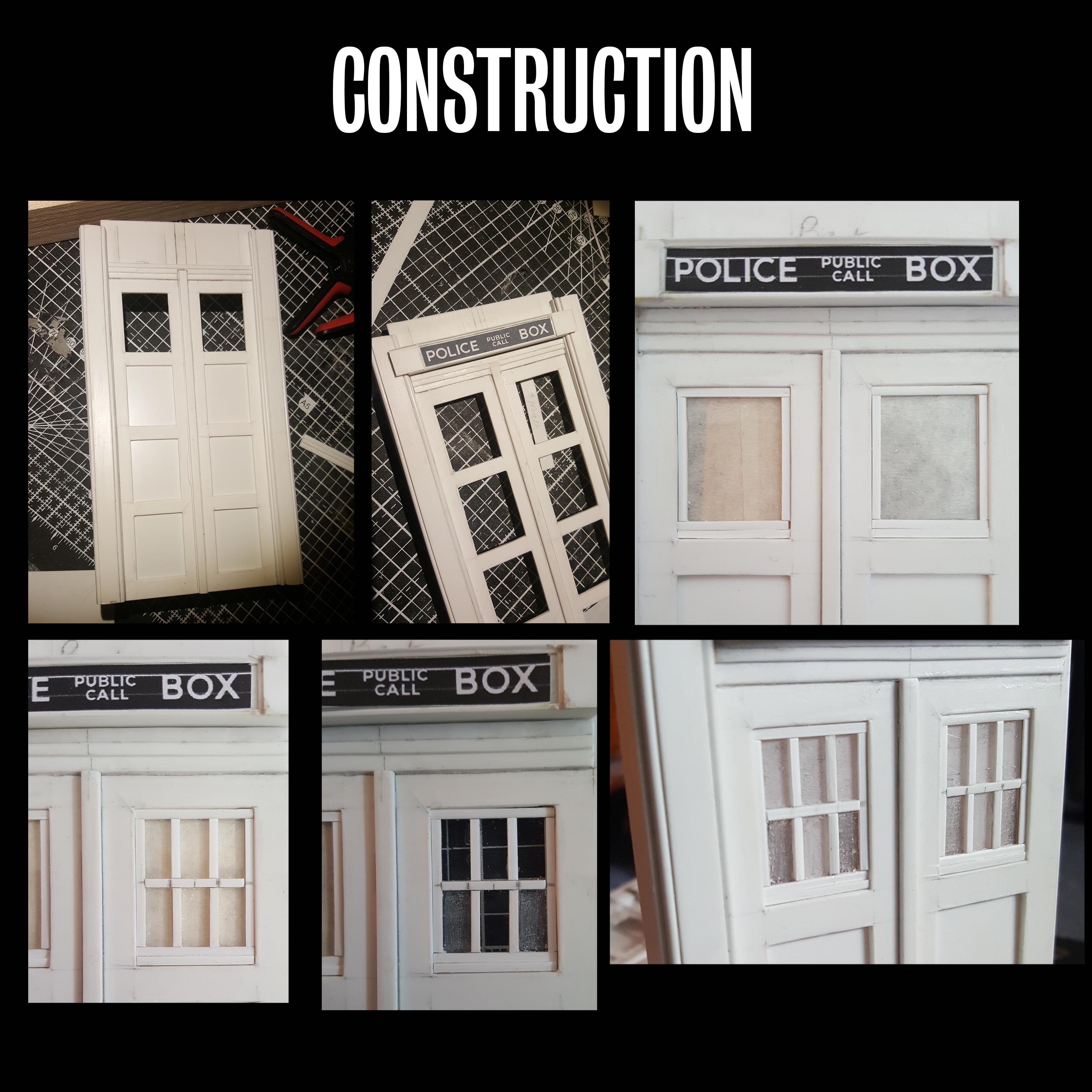 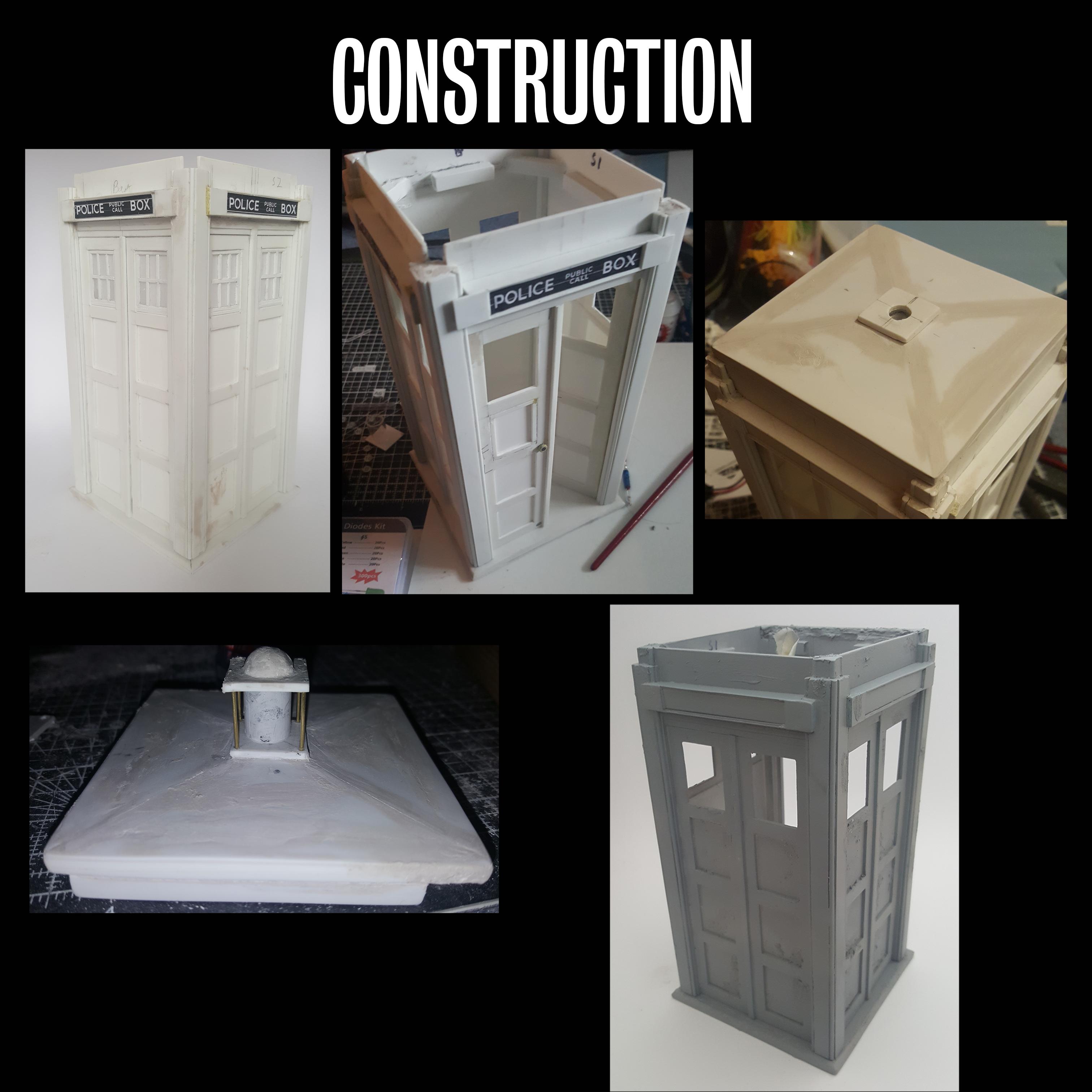 I primed the TARDIS with grey primer first, then used grey acrylic paint to texture it (based on the technique PB Props used in one of his videos). I then used Tamiya acrylics for the final coats, first a darker blue, then a lighter blue wash over the top. The colour isn't perfect but I think it's pretty close. It's also quite hard to capture on camera (especially with the rubbish lighting I have), it looks much better in real life.

Since there was no interior insert in the series, I just painted the inside white. I also dirtied up the box with Tamiya weathering powder, since it does look really dirty around Season 2/3. I used the powder on the front signbox to try and replicate the chipped off paint. I also used some of the powder on the door sign so that it wasn't completely white. 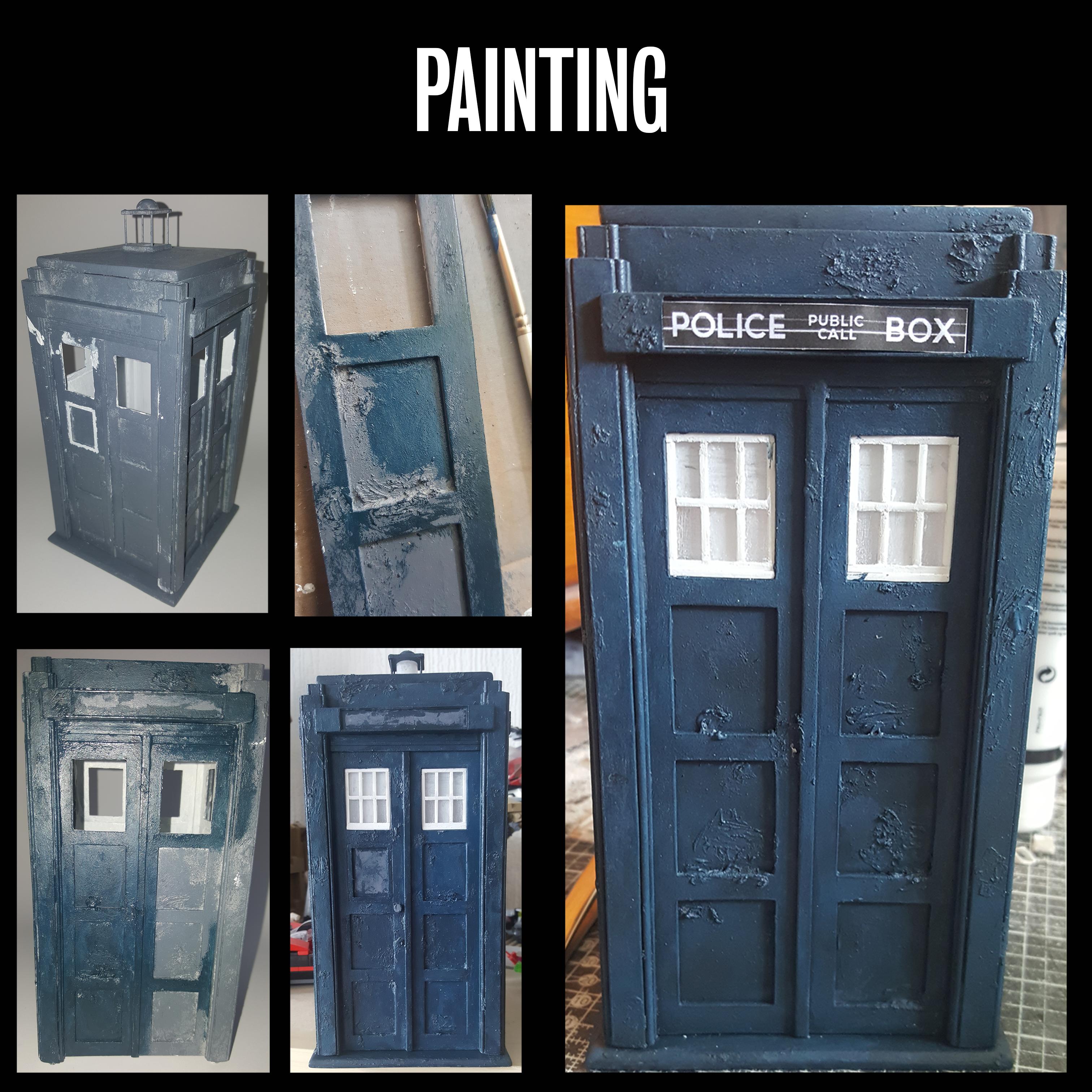 
I wasn't sure whether to add lighting or not, but luckily all the wiring fits in the top of the box and can be accessed by removing the roof. I got a flashing led circuit from Amazon for the roof lamp and also wired in a static LED to light the windows (not present on the original prop but it looks really cool). Each LED can be turned off with a switch. 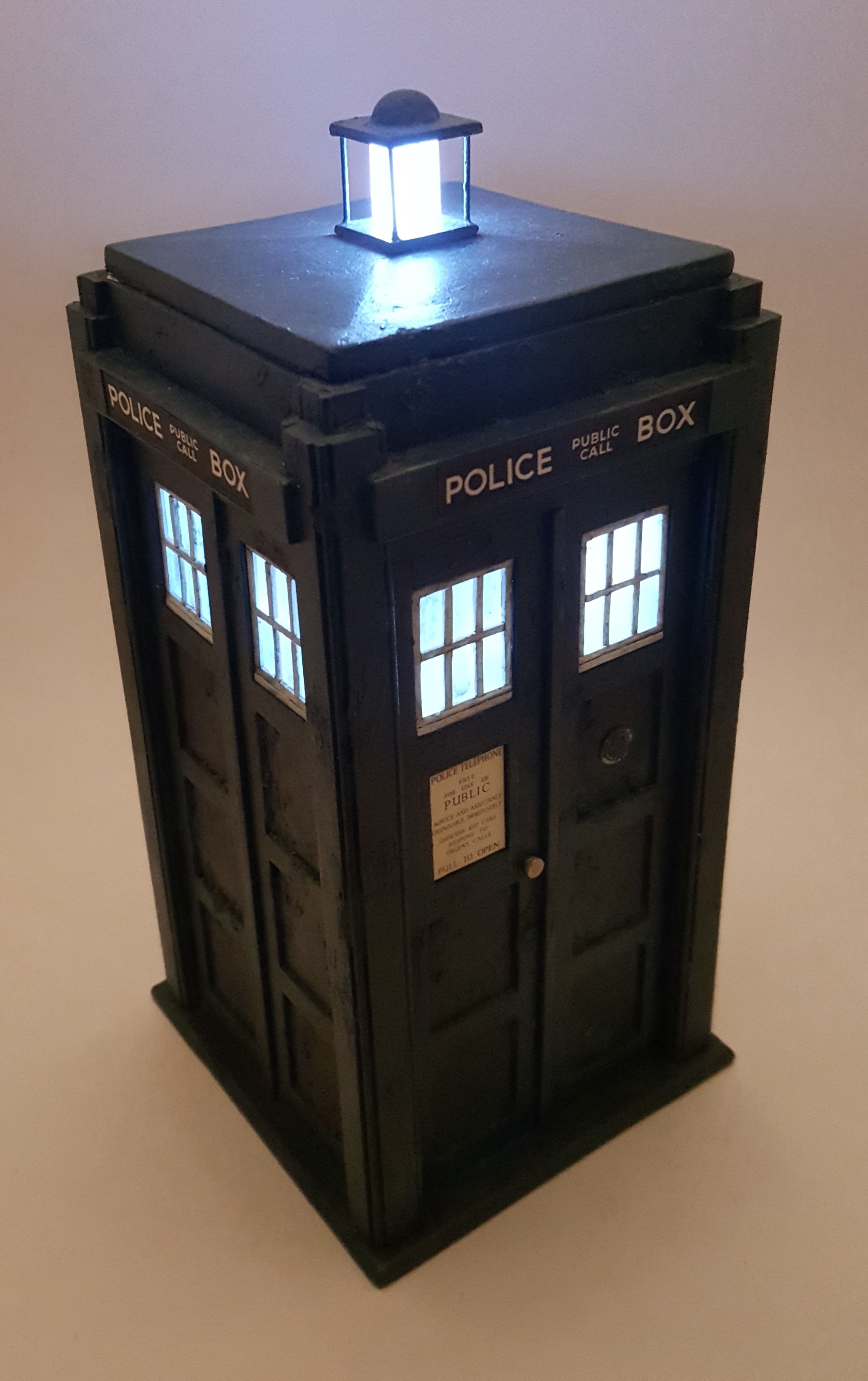 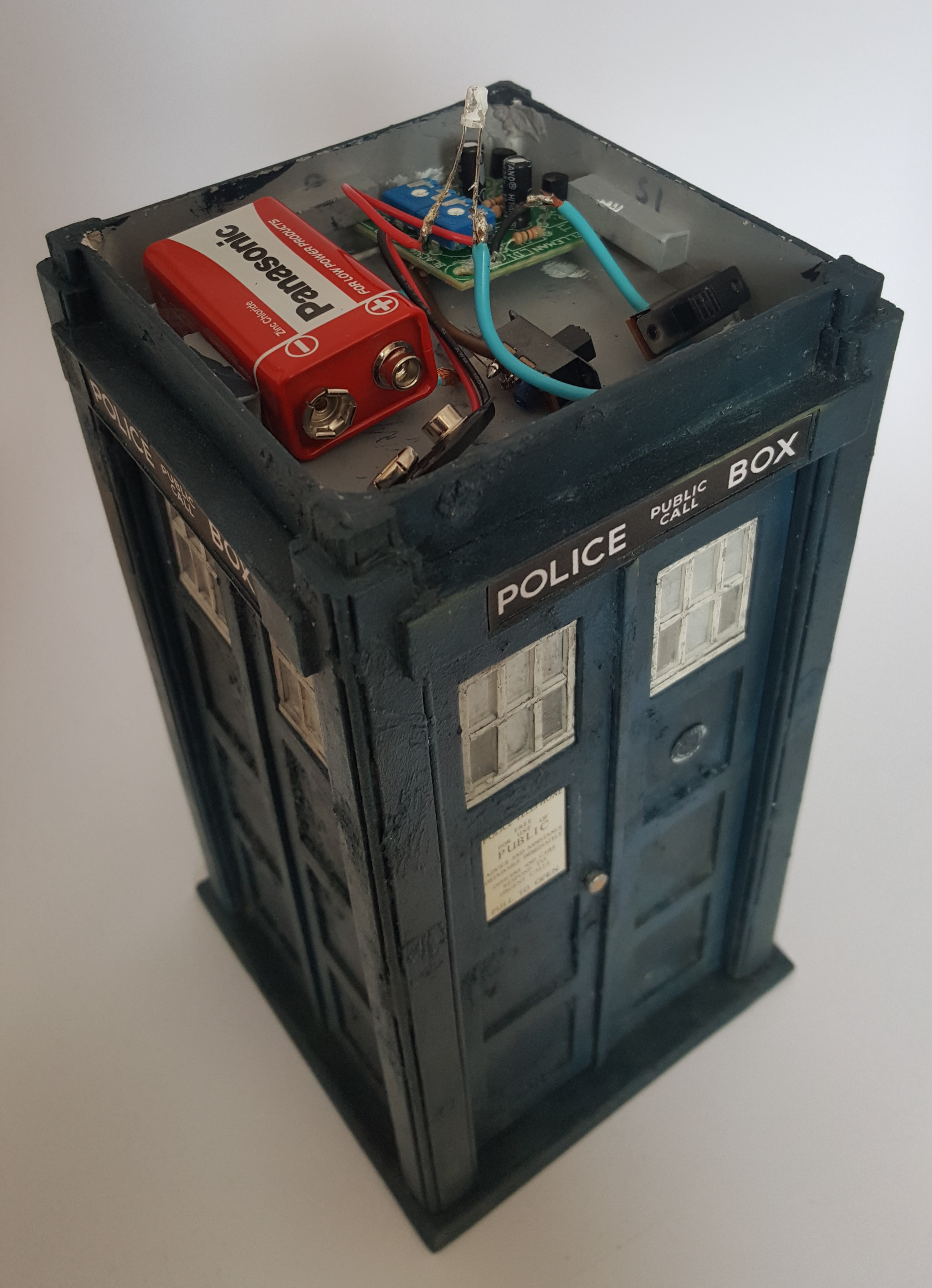 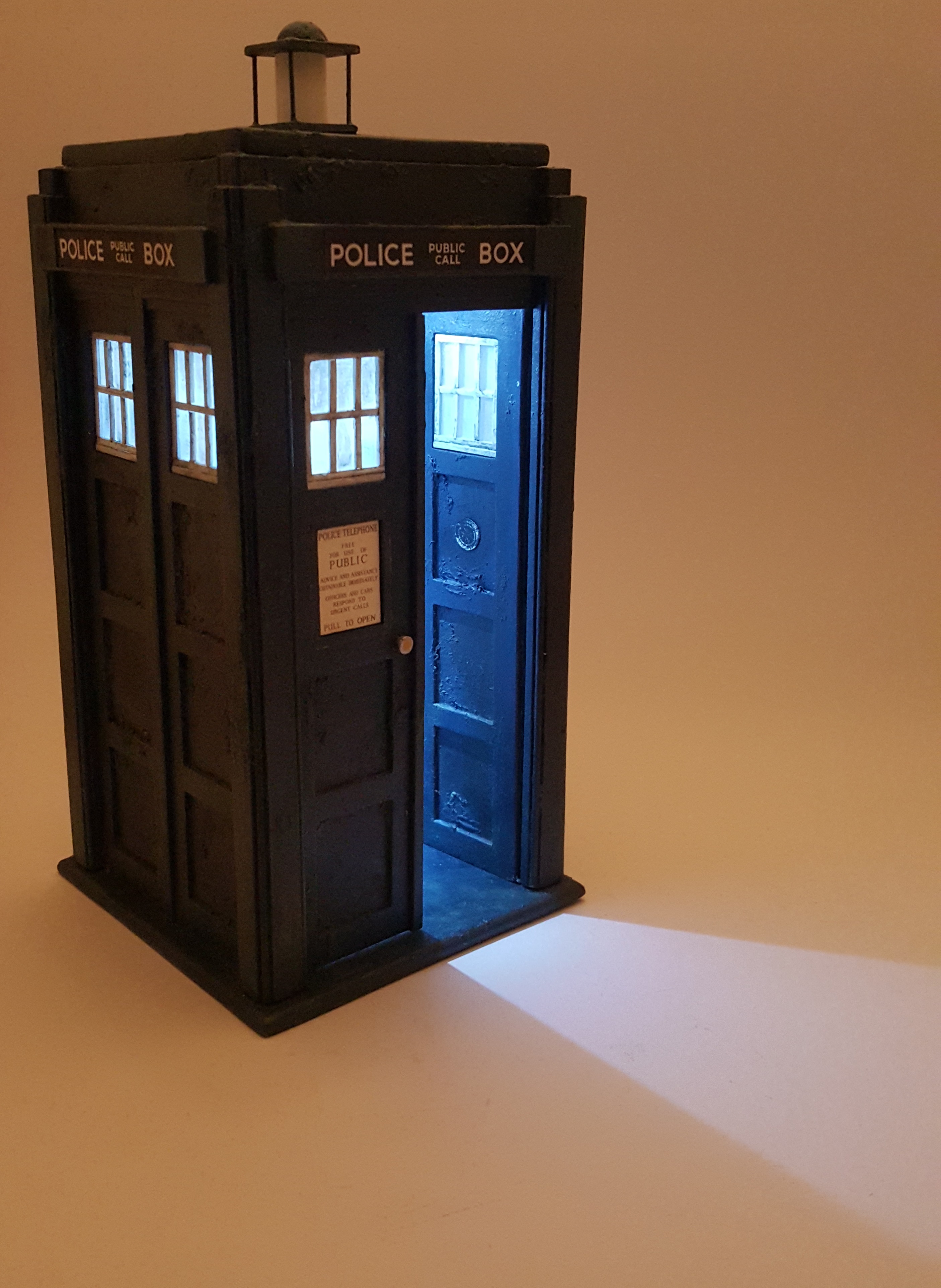 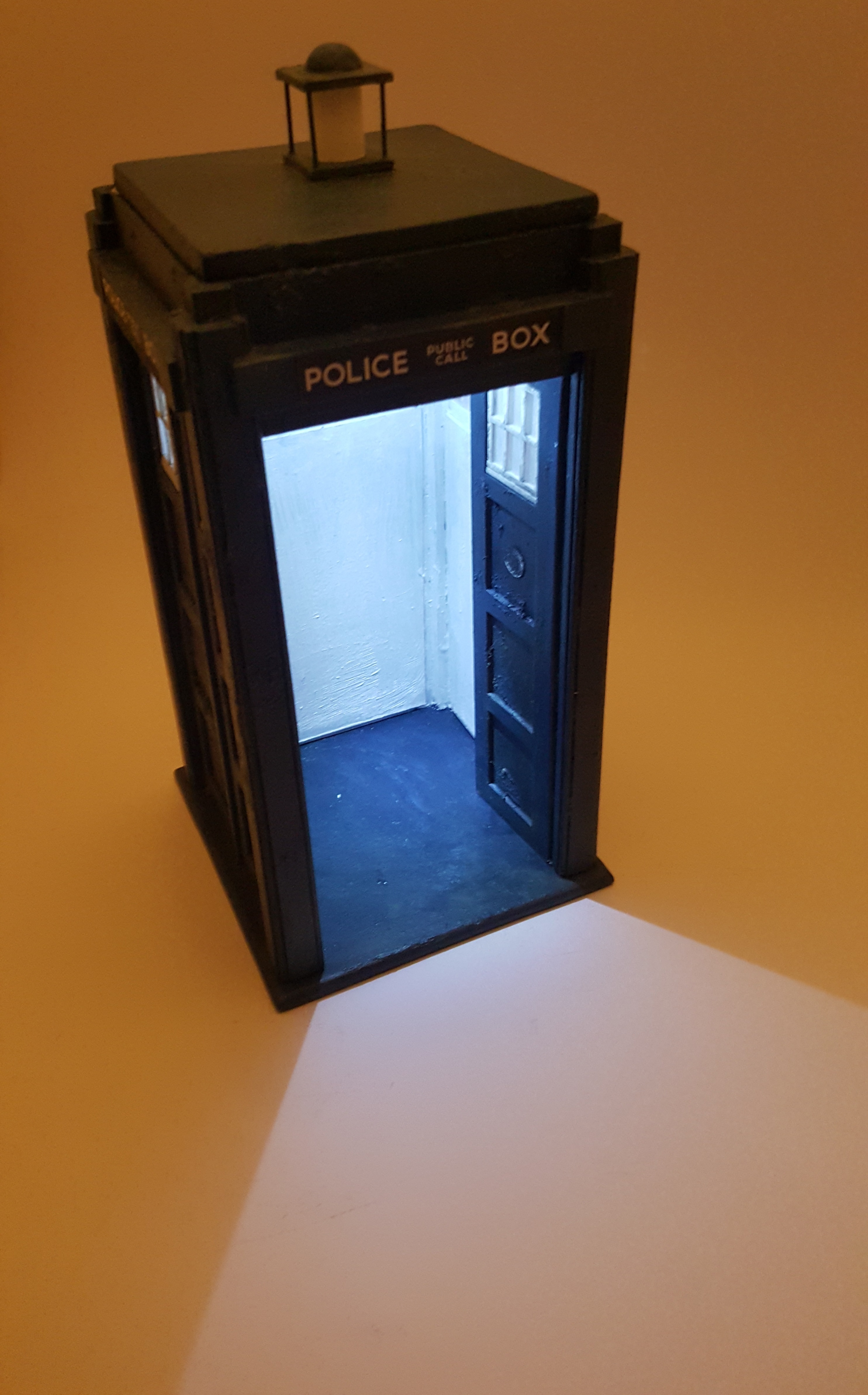 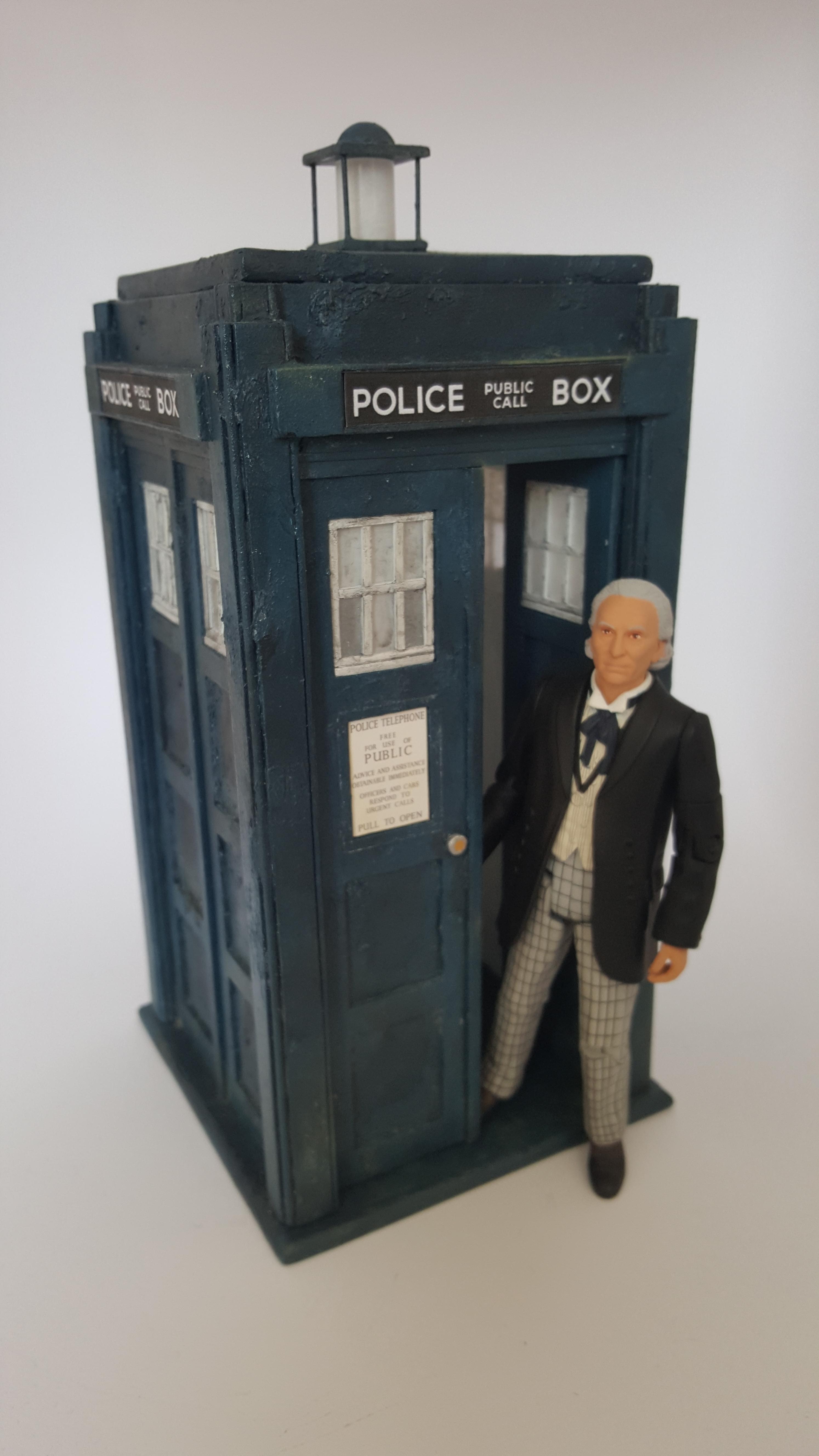 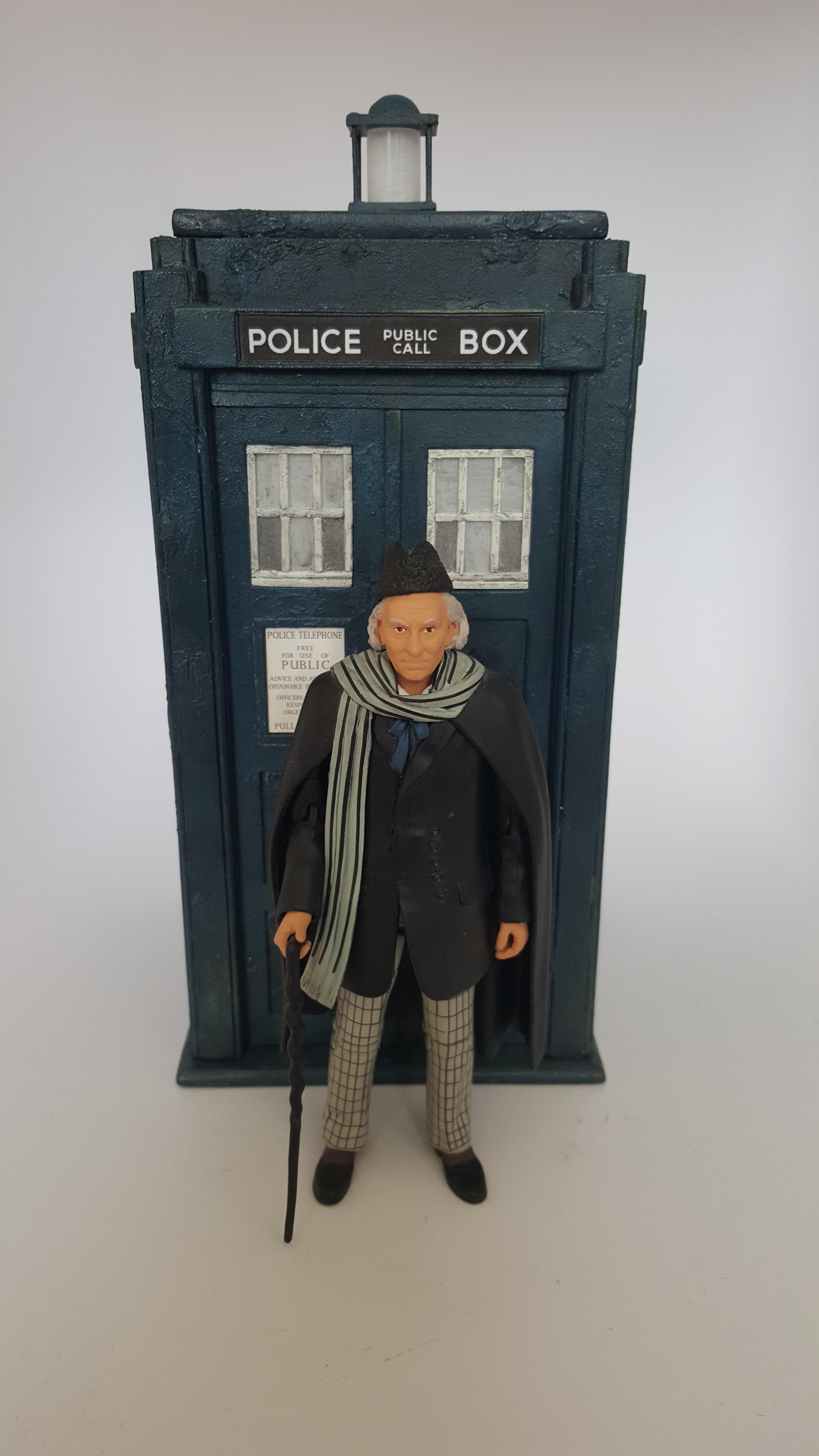 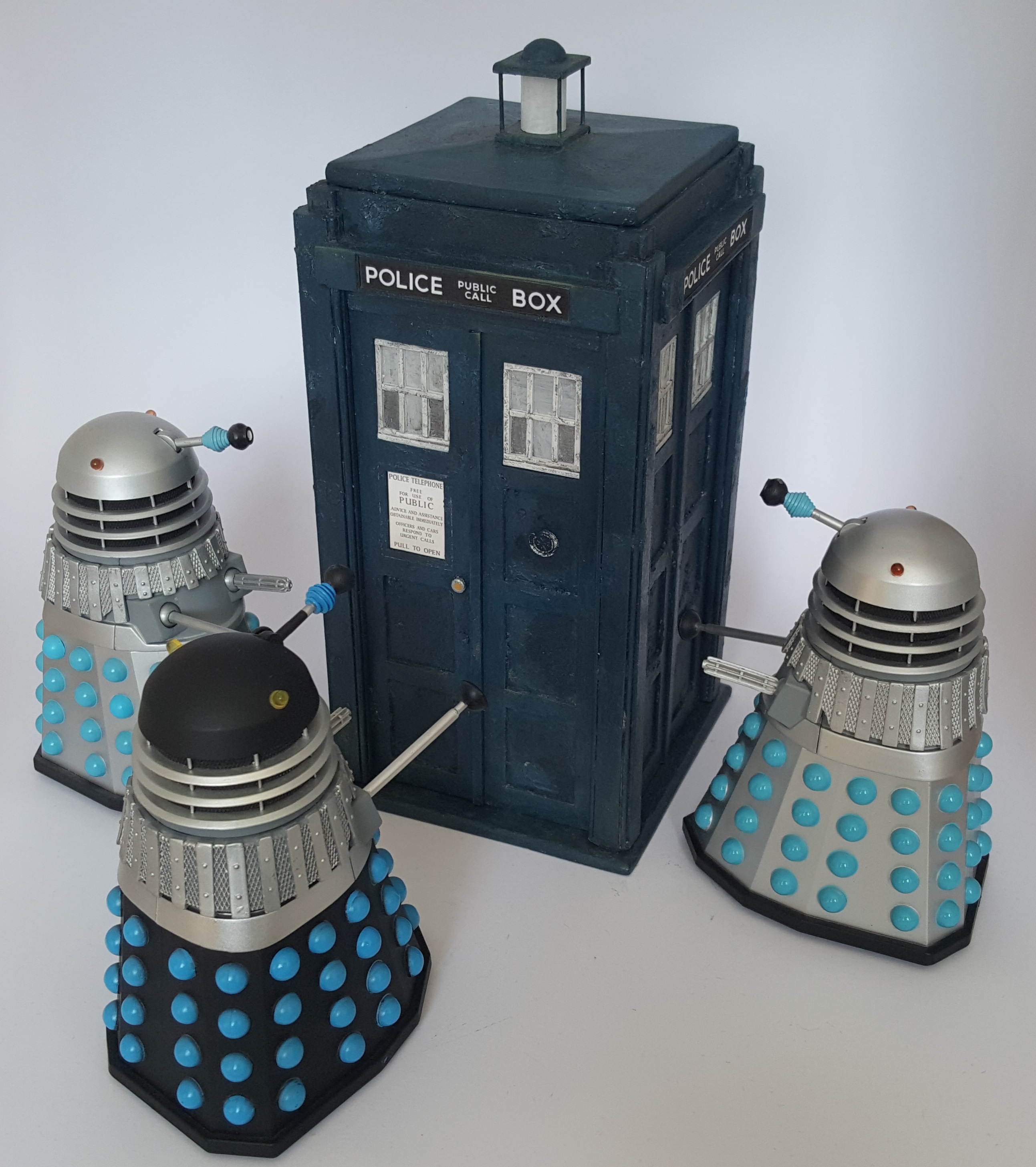 Finally, a slightly unfair comparison with the mass-produced toy and the original prop. 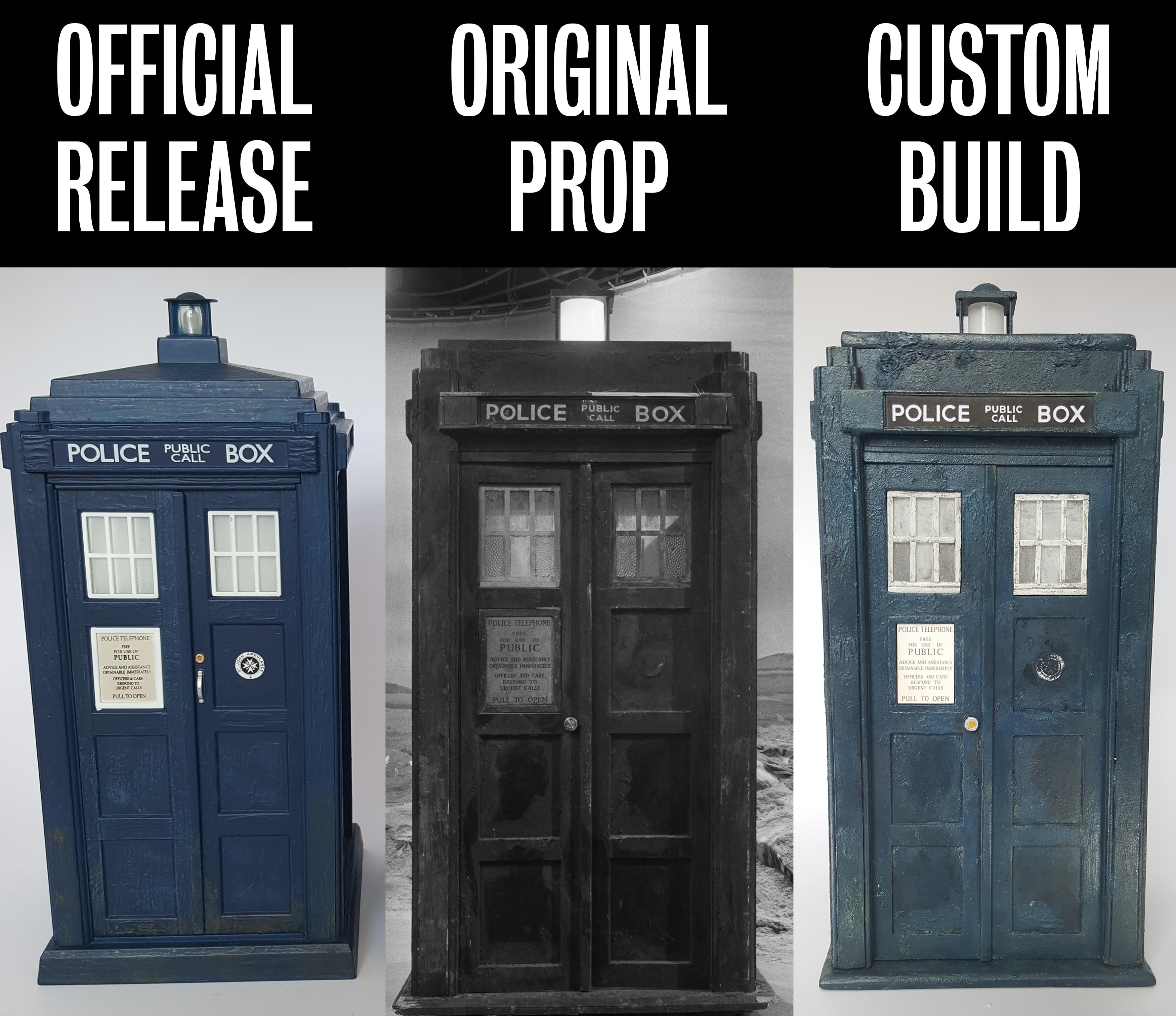 I know it's a little rough in places but it's the first time i've really scratch built anything like this. If I did make any other TARIDSes i'd definitely invest in a 3D printer, it ended up being quite expensive to buy all the plasticard and it took quite a while to cut out.
Top

Very impressive indeed, the lights add a lot I think.

I mean I don't think there are enough words to describe how good this is, it's amazing. Really well done.

:O amazing! But I fear that a 3D printer would cost rather more than any amount of plasticard...

Potentially bad phrasing on my part there, it cost a fair bit for the materials but not that much

This is art!
Top

God, that’s gorgeous! I want one.

How much to commission??