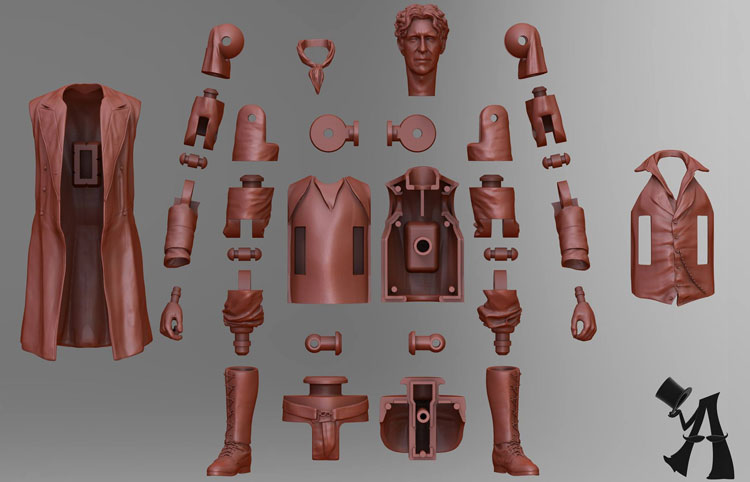 I haven't been able to do much in the way of kit-bashing customization, mainly because I live in the US, and even second-hand figures are extremely costly.
It's often not clear which arms/legs/heads/etc. are going to be compatible unless you sit down and take one apart yourself, so I'm hoping that some of the customizers on here who do that sort of thing would be willing to post photos of figures they've taken apart, and other useful details (like does it have a peg or boil-and-pop style head) so we could know ahead of time how they're put together before we dive into a project. 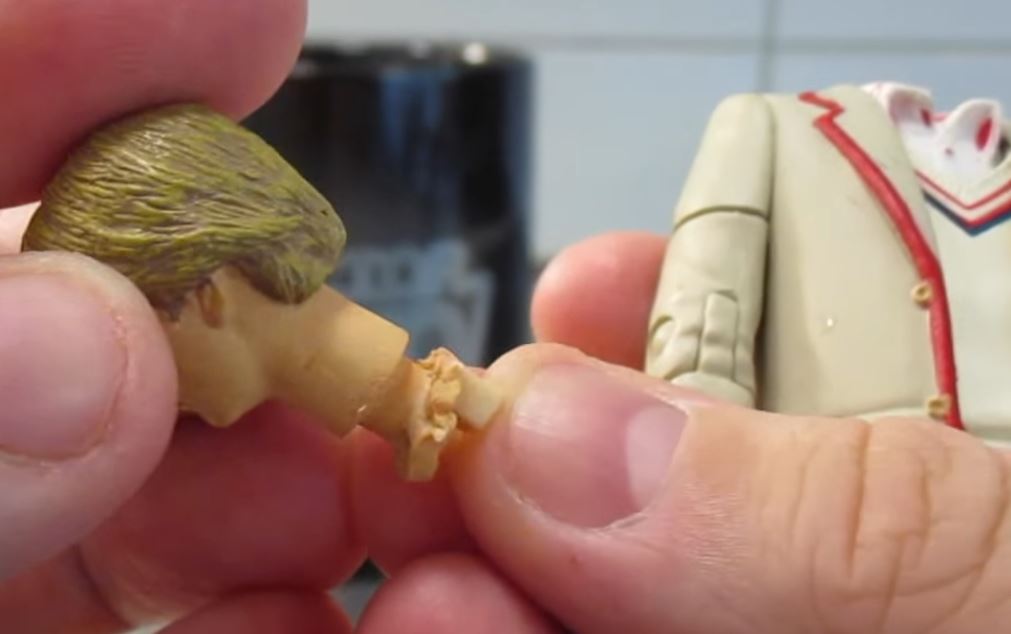 By the way, the amazing image up top comes from the Affable Design Company's facebook page. I wish we could get this sort of in-depth breakdown for all the other figures, but I'd settle for just knowing what sort of head I'm dealing with, how big some of the pegs are, and where customizers have had success mixing and matching other parts.
Top

I can confirm that the 6th Doctor's body has the peg and the head is hollowed out because it fell off the other day.

I love that image. It makes you realize just how complex these figures are, and that apart from the vinyl pieces, they have to make every piece from that mold in every run. You can't "kitbash" figures in the factory without changing the mold, otherwise you'd be throwing away an entire figure's worth of pieces if you tried to mix-and-match pieces of two figures. 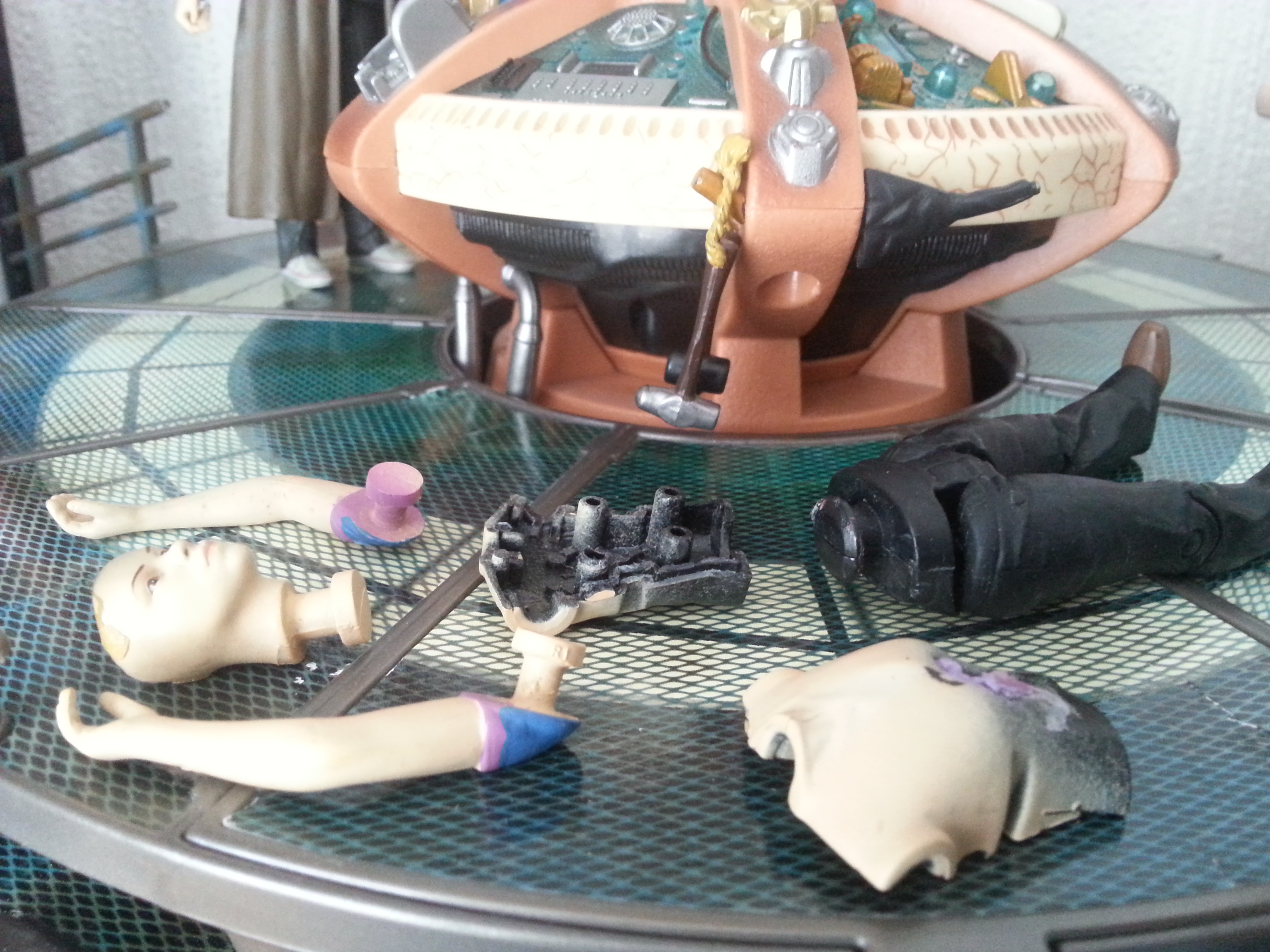 I have this from when I did a post about how to crack open torsos a few years back.
Top

Here's one I did recently. A dismantled CO 12" Dalek: