Shifting gears a bit... while my paint job is less than stellar, removing the spaces between the neck slats on the Incubator Dalek made it look so much better, and you can now see the Stengos mutant sitting inside! 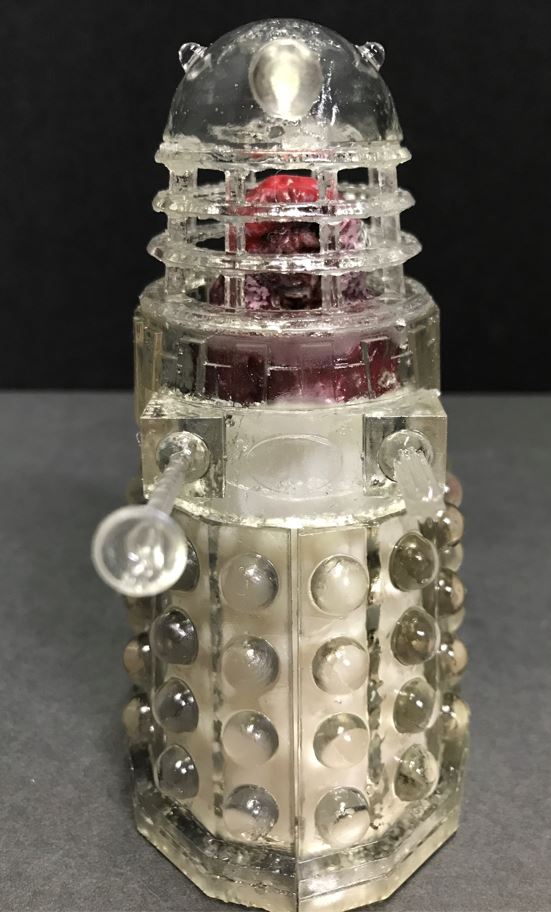 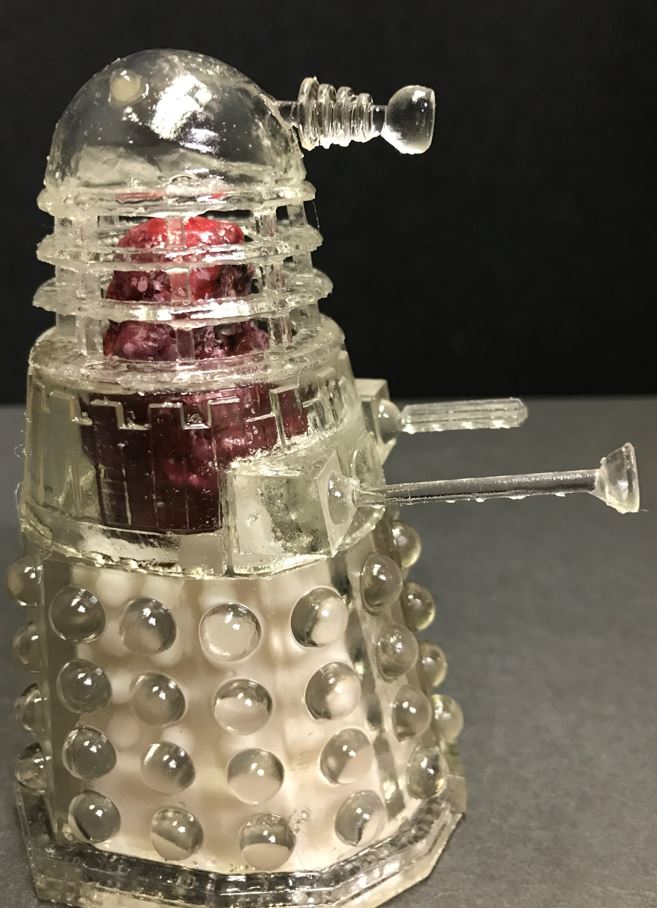 Stengos ended up being a little bit short for his incubator, so I went back and extended the Z-height by about 4 mm, which should bring the top of his head up level with the bottom edge of the dome, which will be more screen accurate anyways.

Also, since you can now see him clearly, I went back put a little more effort into improving the overall surface detail, including adding in the random scraggly wires ....and a few dollops of shaving cream! 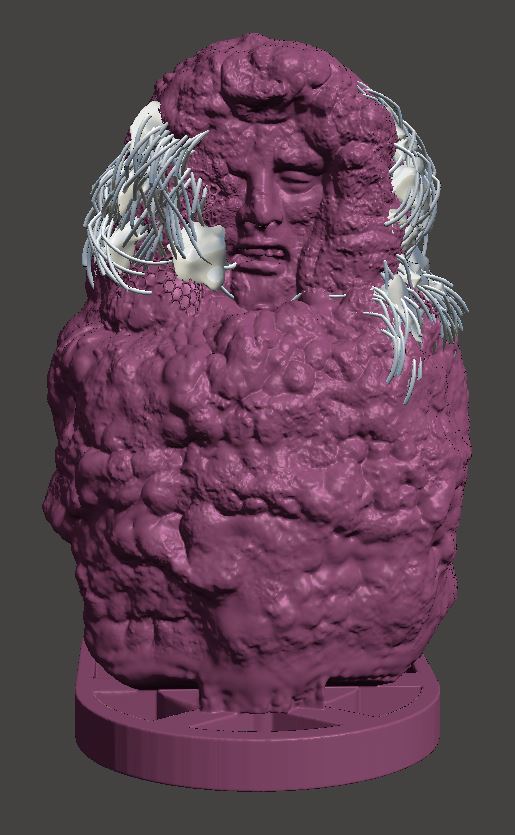 The Google Drive files on the website have been updated to this latest version, which now include the original solid neck version, the open version, and the open version with 1mm supports I added in manually to make sure it didn't collapse during printing, since the slats and rings are incredibly thin.
Top

I am SO looking forward to making that Silurian! Will be printing two or three I think, that way I'll have a lovely little selection. Best one yet, it's gotta be!
Top

Still working on the Silurian, but I took a brief detour to update Figure 021 - The Wirrn, to include a new flexible SLA resin printing version.

The Wirrn was the last figure I worked on with PLA printing in mind before I switched over to resin full-time, and as a result, I had to make a lot of compromises to flub the diameter of the legs and antenna and add in a bunch of special cut-off supports just to get it to print.

The SLA version removes all the extra the supports and returns the legs and antenna to (almost) their original screen-accurate thickness. It also contains two alternate versions of the body that have been split into halves or quarters to fit better on smaller build plates, and an updated hollow base with a plug so that you can fill the bottom with sand to give it extra weight to help keep the figure sitting upright. I've also done some additional surface texturing and clean-up to prettify it a bit for the higher detail that resin can produce.

Note that I am not going to be releasing a standard SLA version of this figure because the legs are so skinny, if you tried printing them without adding flexible resin they'd just snap. The good news is, the amount of flexible resin required is minimal. If you print the arms out of a 50/50% mixture with regular resin, and the head out of maybe 30% flexible/70% regular, it should be fine, the rest of the figure can be printed normally.

Also note that I haven't had a chance to test print this one myself, and may not be able to get to it for a while while I'm dealing with housing stuff. I don't think there will be any problems, but you never know. 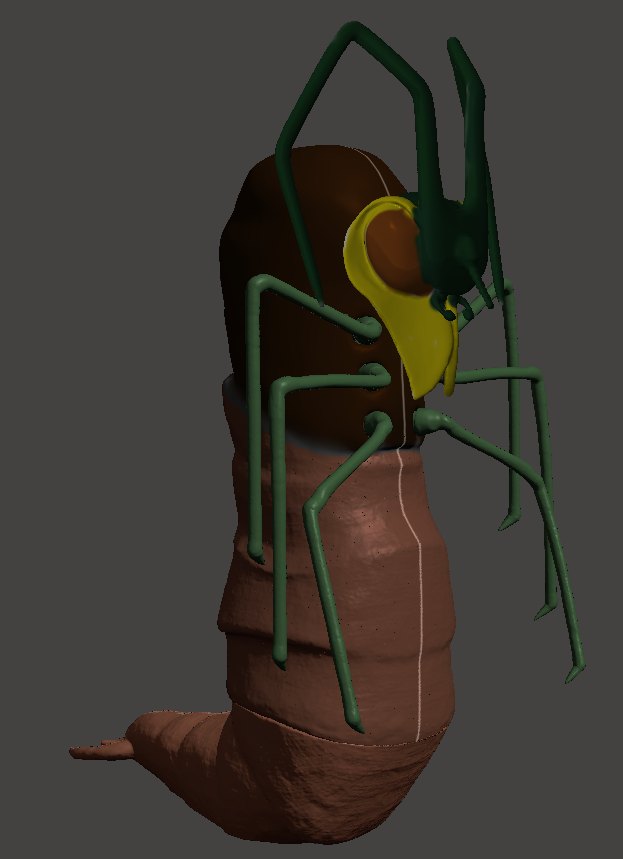 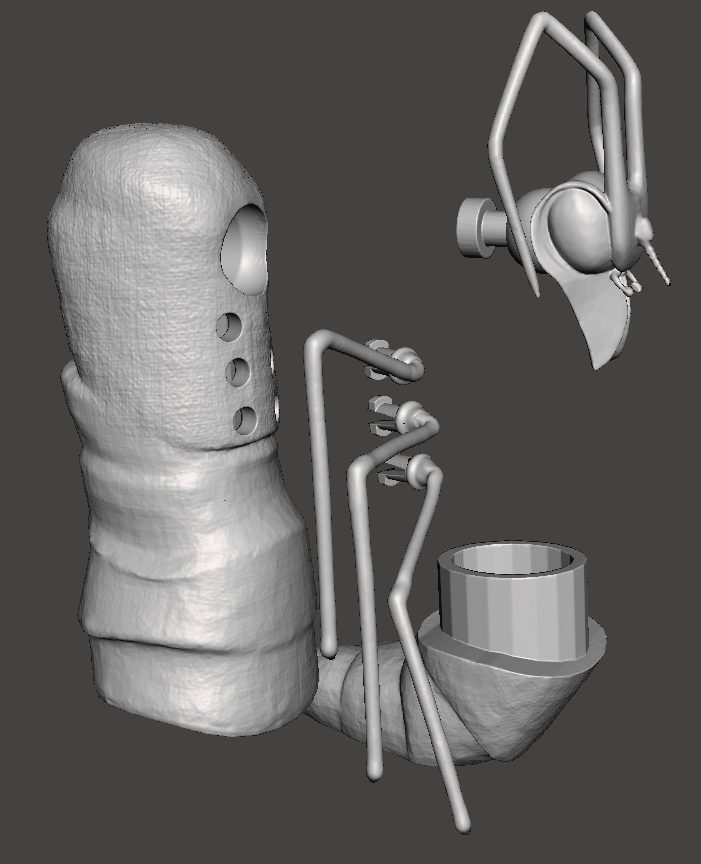 It's been an insane couple of weeks, but we just went from finding out our landlord was selling the place we've been living in out from underneath us with no warning... to buying a house of our own! This obviously means we're going to be quite busy packing and unpacking over the next couple of months, and I won't be getting much figure designing done during that time. But since our bank accounts are going to be running on fumes for a while, I'm shifting my semi-annual Shelf Clearing Sale forward a bit in the hopes of offsetting some of our moving expenses and whatever modifications I need to make to the new place to get my printers properly externally vented rather than running them through dryer conduit to an old piece of MDF jammed in an open window.

I plan to post my items for sale on eBay over the 4th of July weekend, probably starting on Saturday, July 2nd... Though this date may get pushed forward or back depending on how far ahead or behind we are in the move process.

There won't be quite as many pieces this time around since I just did a sale last year, but as of right now, it looks like there will be around 16 to 18 items going up on the block consisting of a couple of brand new Wirrn Infected Noahs, Incubator Daleks, Exxilon Roots (the new style with base), and Keller Machines (a revised design built to take the smaller 2x2 style LED Brick), plus an Ogri (light-up), Wirrn, KLF Dalek, Cactus-Form Meglos (non-squishy), Psychic Circus Junk Mail Bot, Zarbi, Larvae Gun, Taran Wood Beast, possibly a couple of Toymaker Robots if I can get them completed in time, and this year's big ticket item... a Paradise Towers Cleaner Robot complete with pull-back motor action, swappable claw arms, and the optional wheelie bin trailer with the caretaker foot sticking out the back!

As with previous shelf cleaning sales, these are all either prototype figures with minor defects/scaling issues, or figures I originally printed in PLA and have since reprinted in higher quality resin. These shelf clearing sales are the ONLY time I allow my work to be sold, so if you don't have a printer and really have a hankering to own one of these figures for yourself, start saving those grotzits now, because once they're gone, they're gone for good. 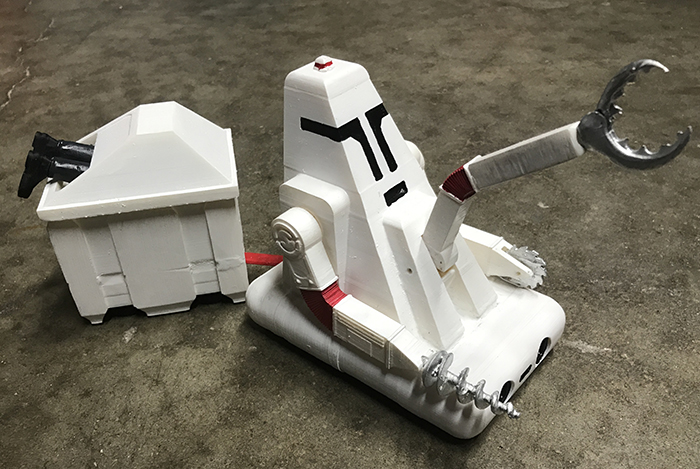 I wasn't quite sure how to produce the pink tinting on the Necros Incubator Daleks, and originally considered individually painting each of the internal LEDs, but the props themselves had a layer of iridescent cellophane sandwiched between the inner and outer shells, and it turns out doing the exact same thing to the 5.5" figure produces a nearly identical pinkish purple effect.

Sadly my crappy camera phone can't really do them justice. 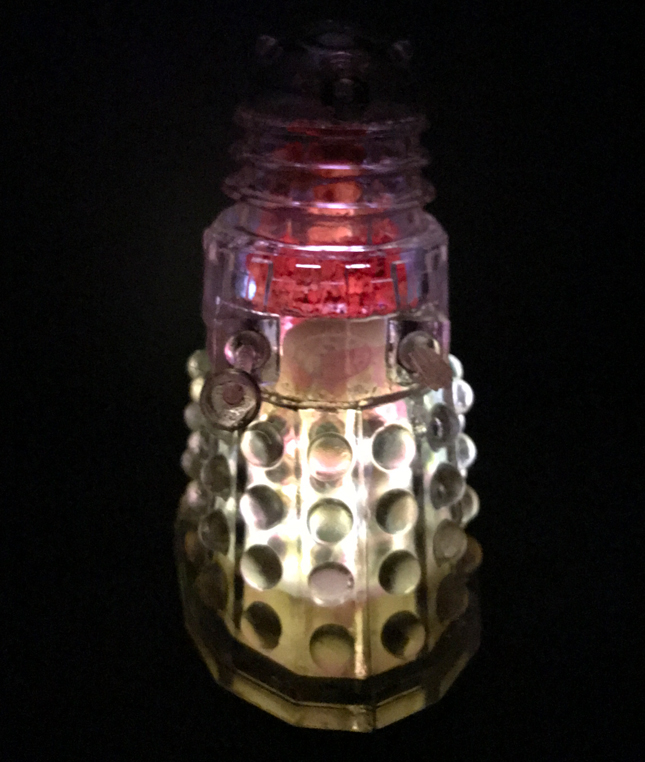 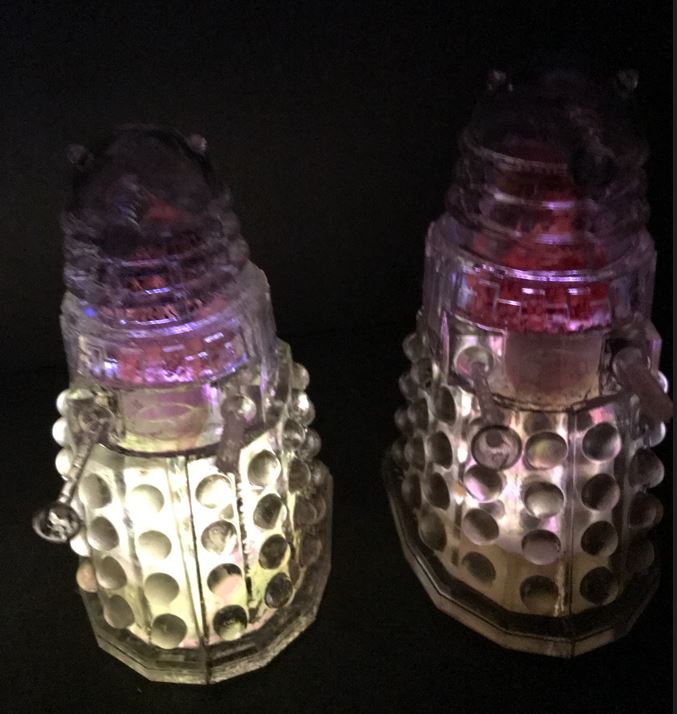 Note that only the Dalek on the right is fully assembled. I still have to clear coat and glue the others. I also have a tiny bit more painting to do on the Stengos face, but I love that you can clearly see him through the neck slats now, and the little wires turned out perfectly. 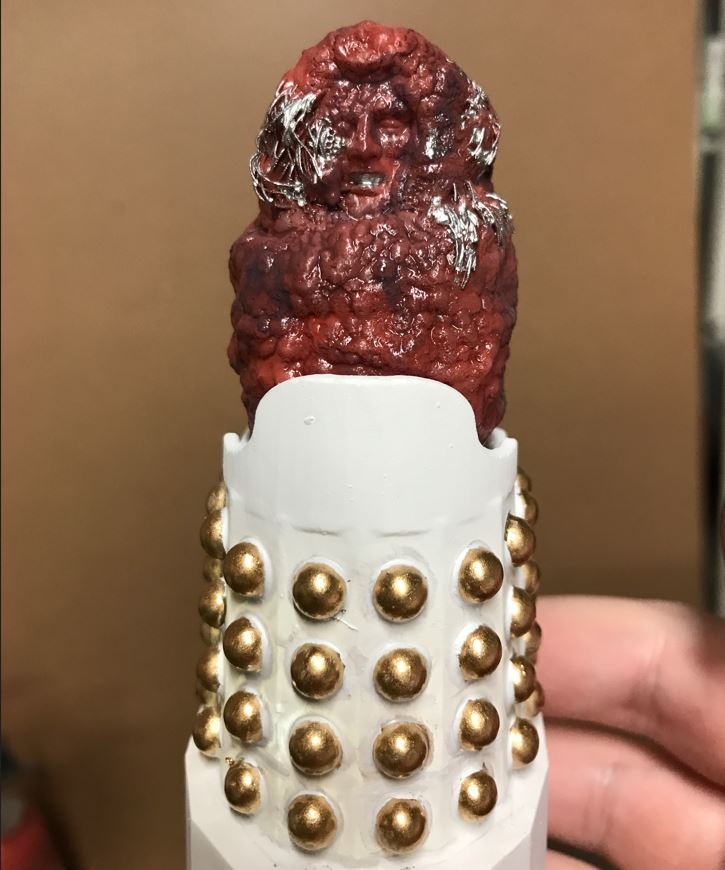 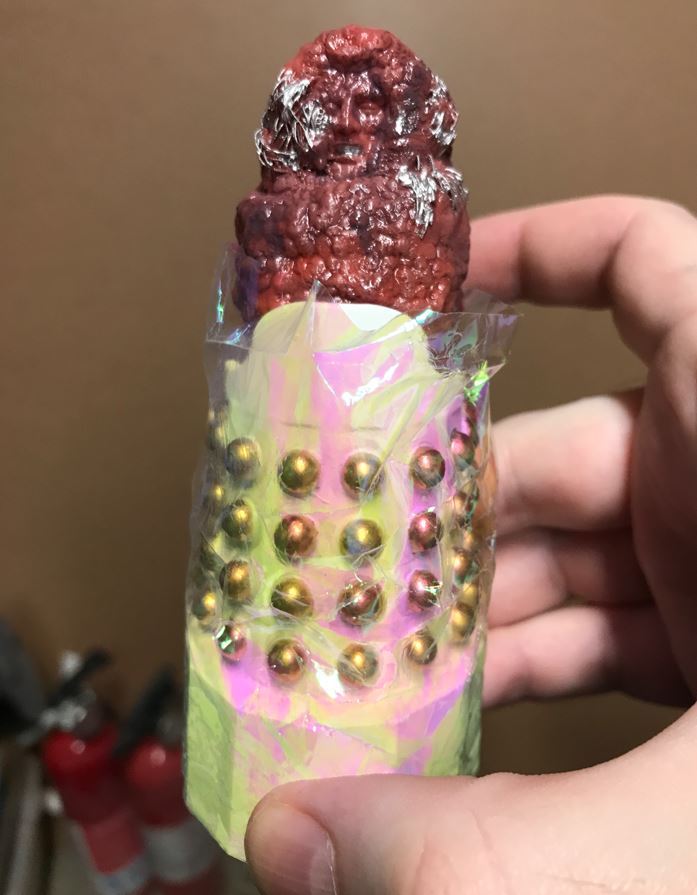 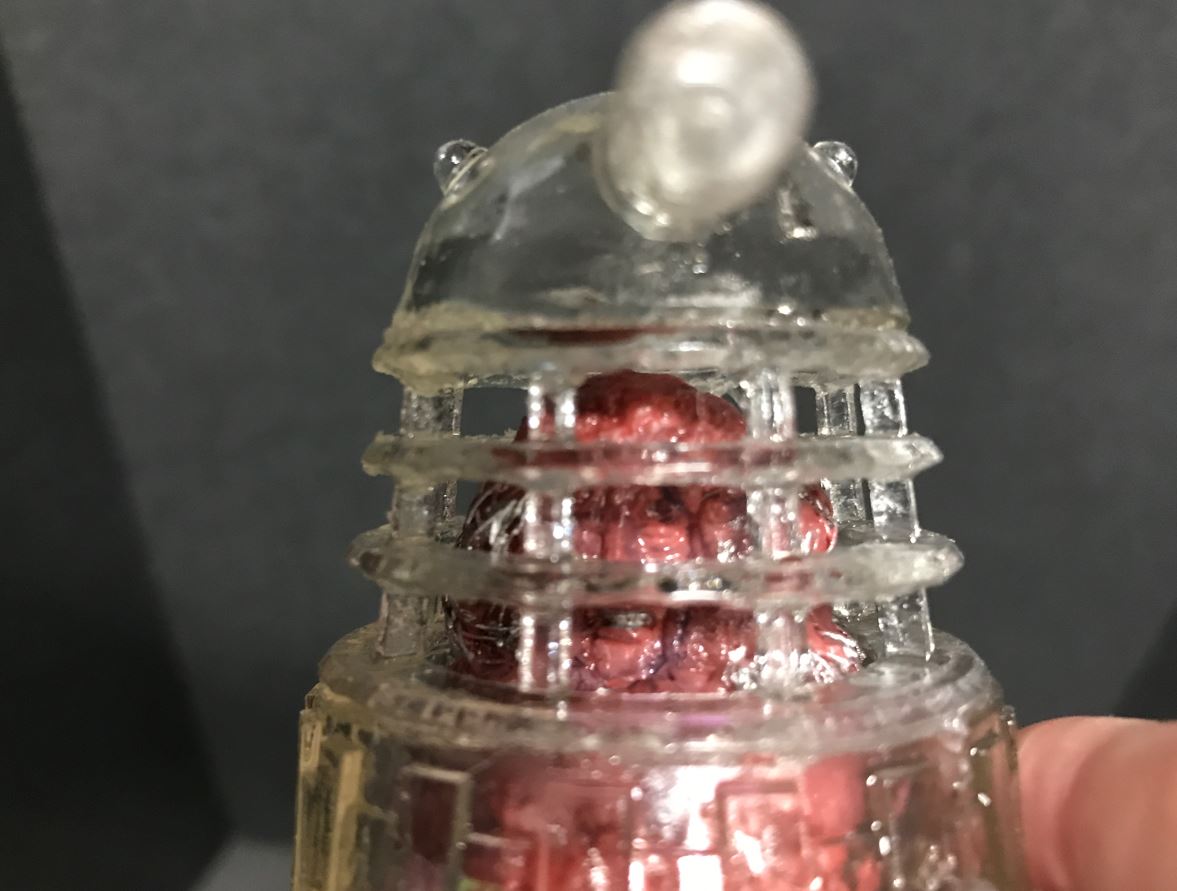