Chapter 1: Before the beginning

So back before the reset I went on for a while about a project I wanted to do, I had a 1/8 scale model dalek from the first cushing movie that was in just horrible condition, it started as a model kit, someone got it, put it together really badly and then didn't look after it, everything was squint or crooked, most of it was broken, just a real bad condition boi 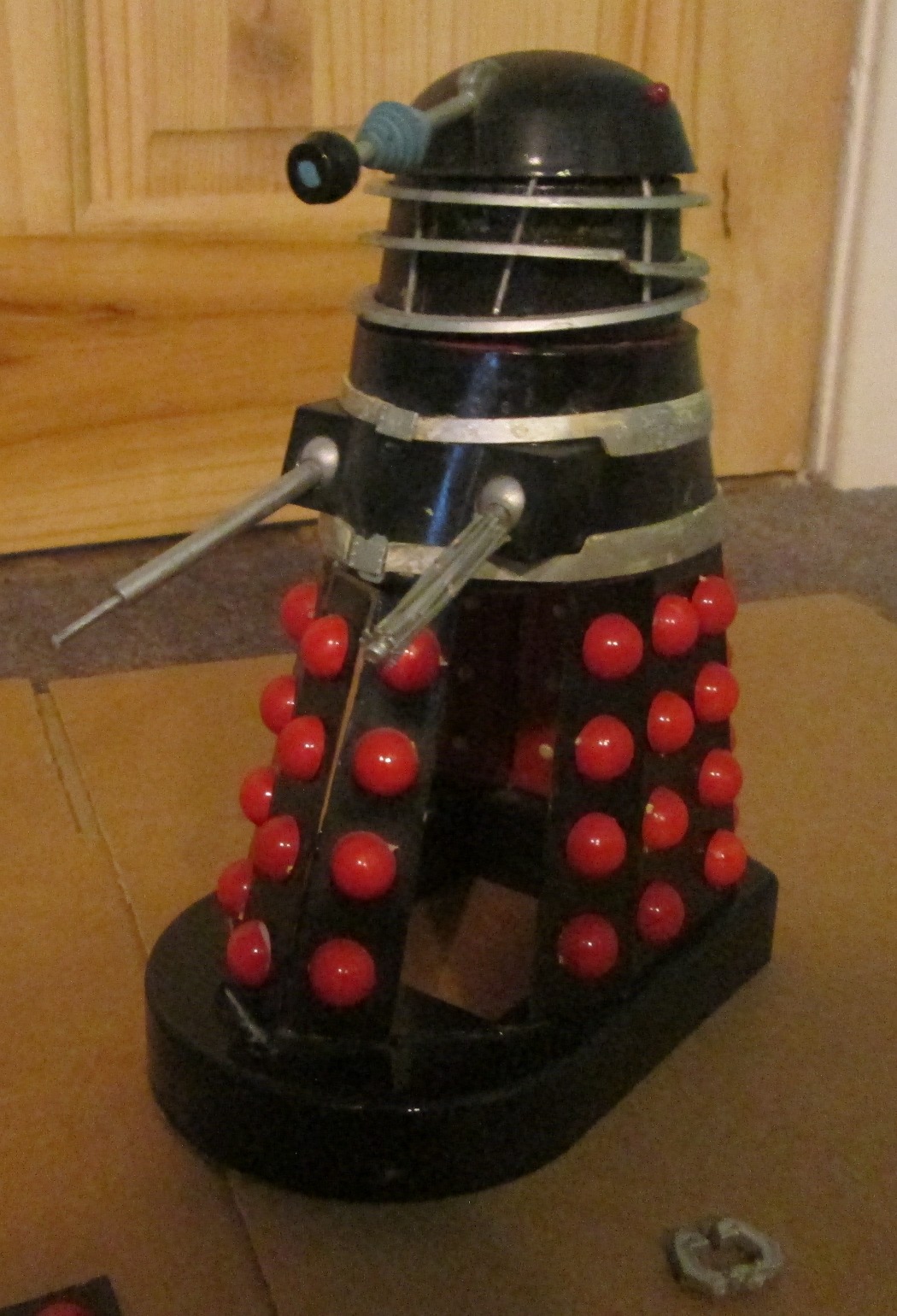 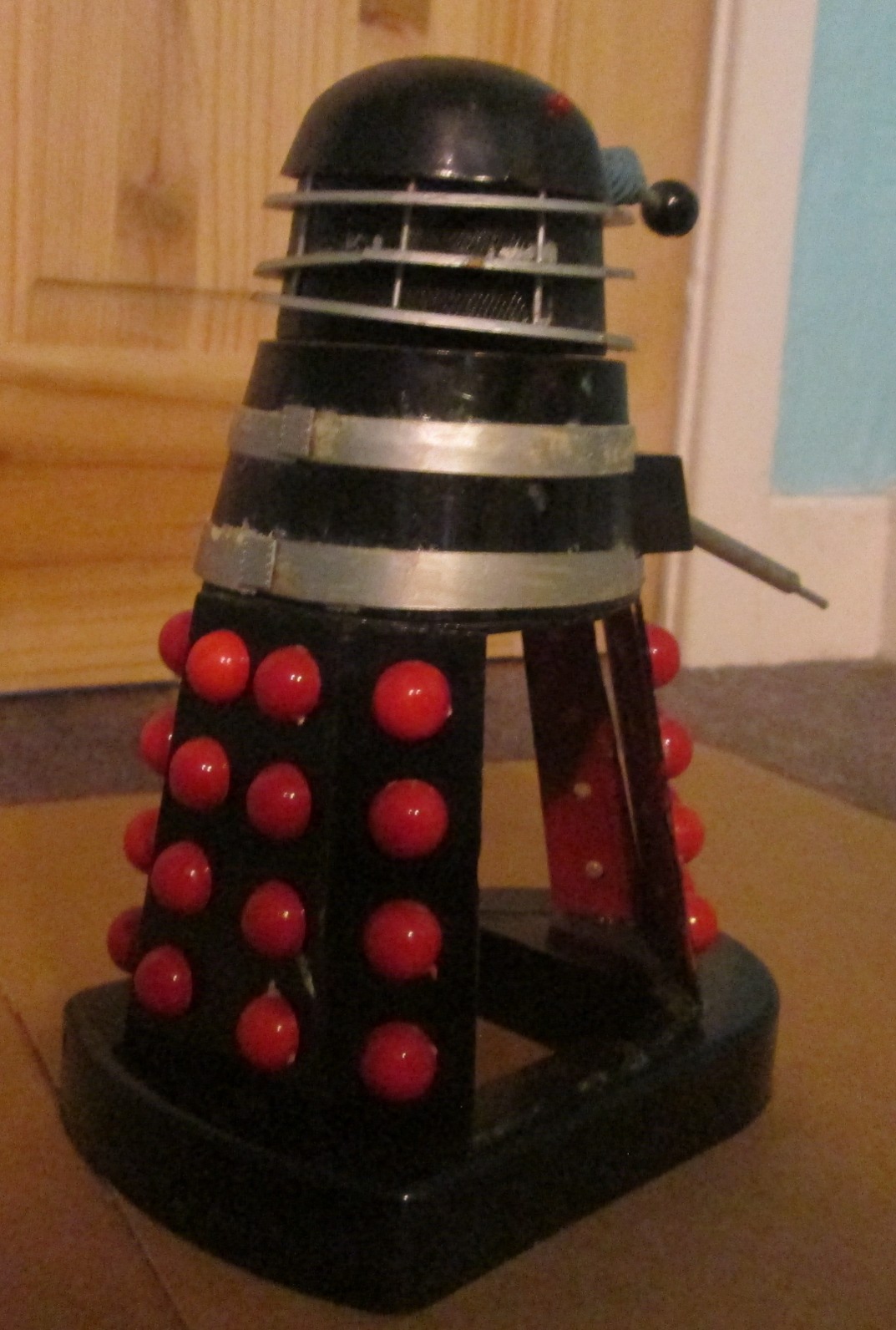 Amongst other things, almost all the spokes in the gun were either misaligned or broken or both, one neck ring was broken, three panels of the skirt had become completely detatched, three had come off the top but stayed stuck to the base and the rest were stuck to the top but not the base. the ones panels at the front looked like crooked teeth, the shoulder rings were really badly done, the claw that the movie daleks have in place of a plunger was broken off, just a real mess. 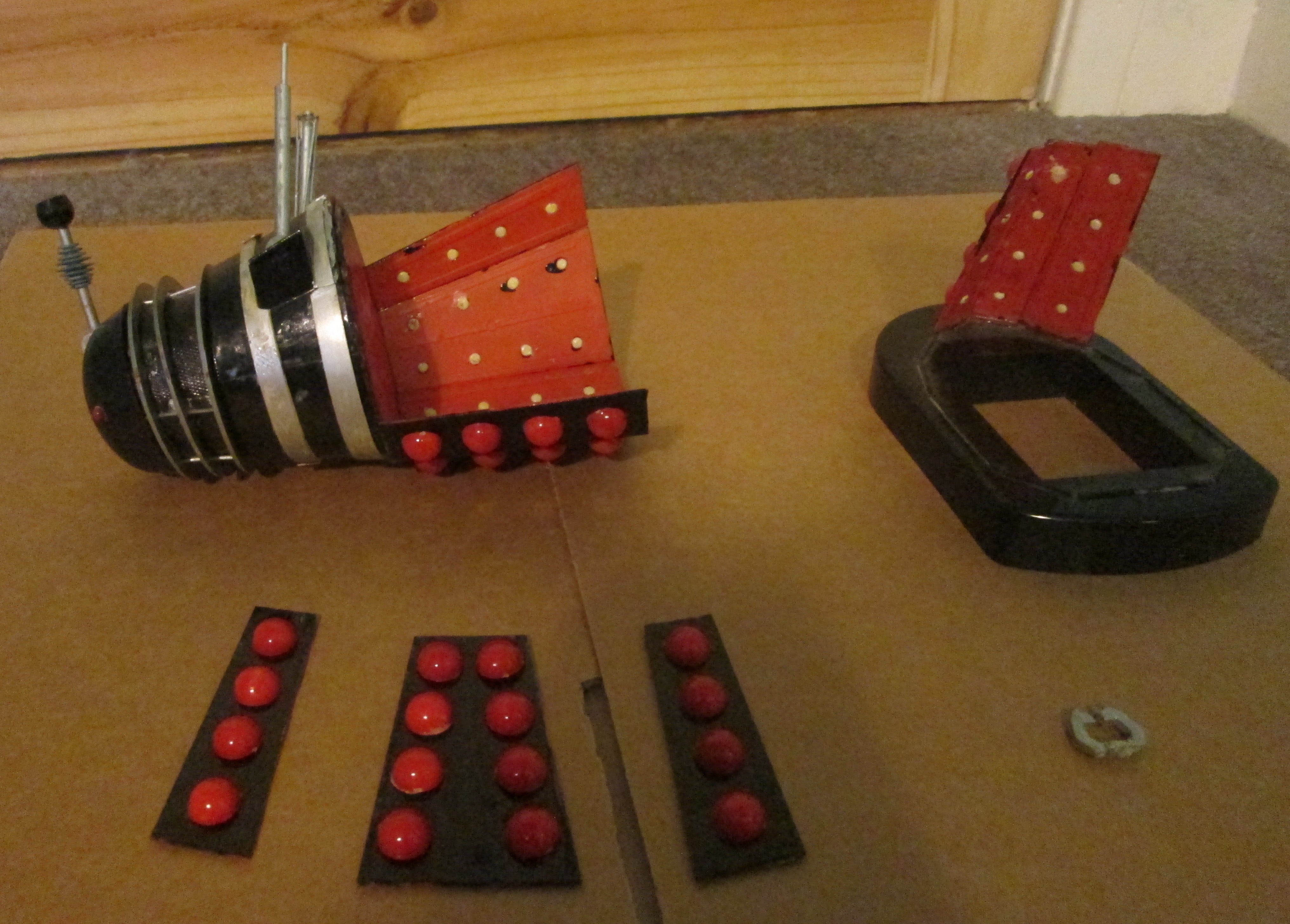 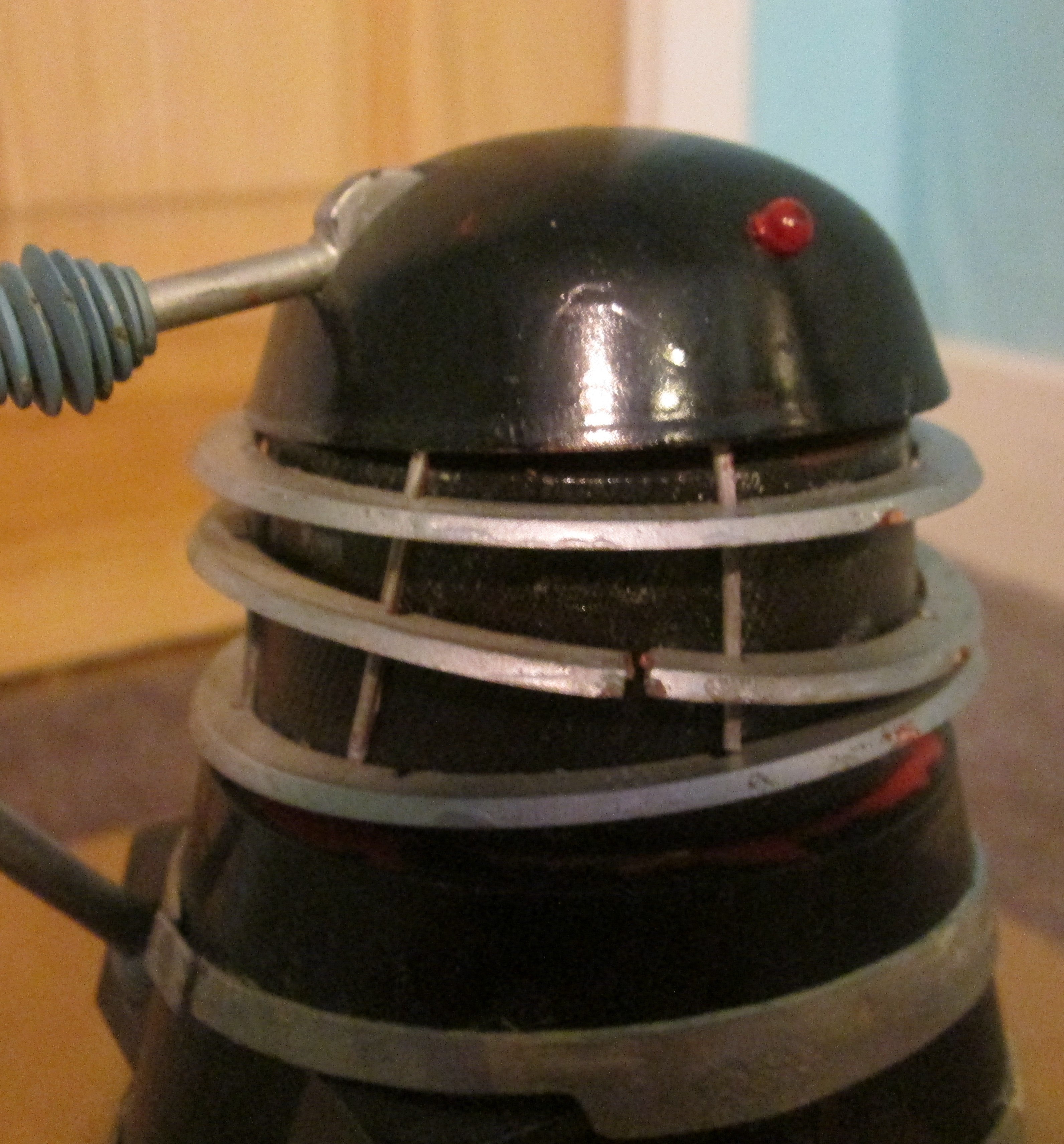 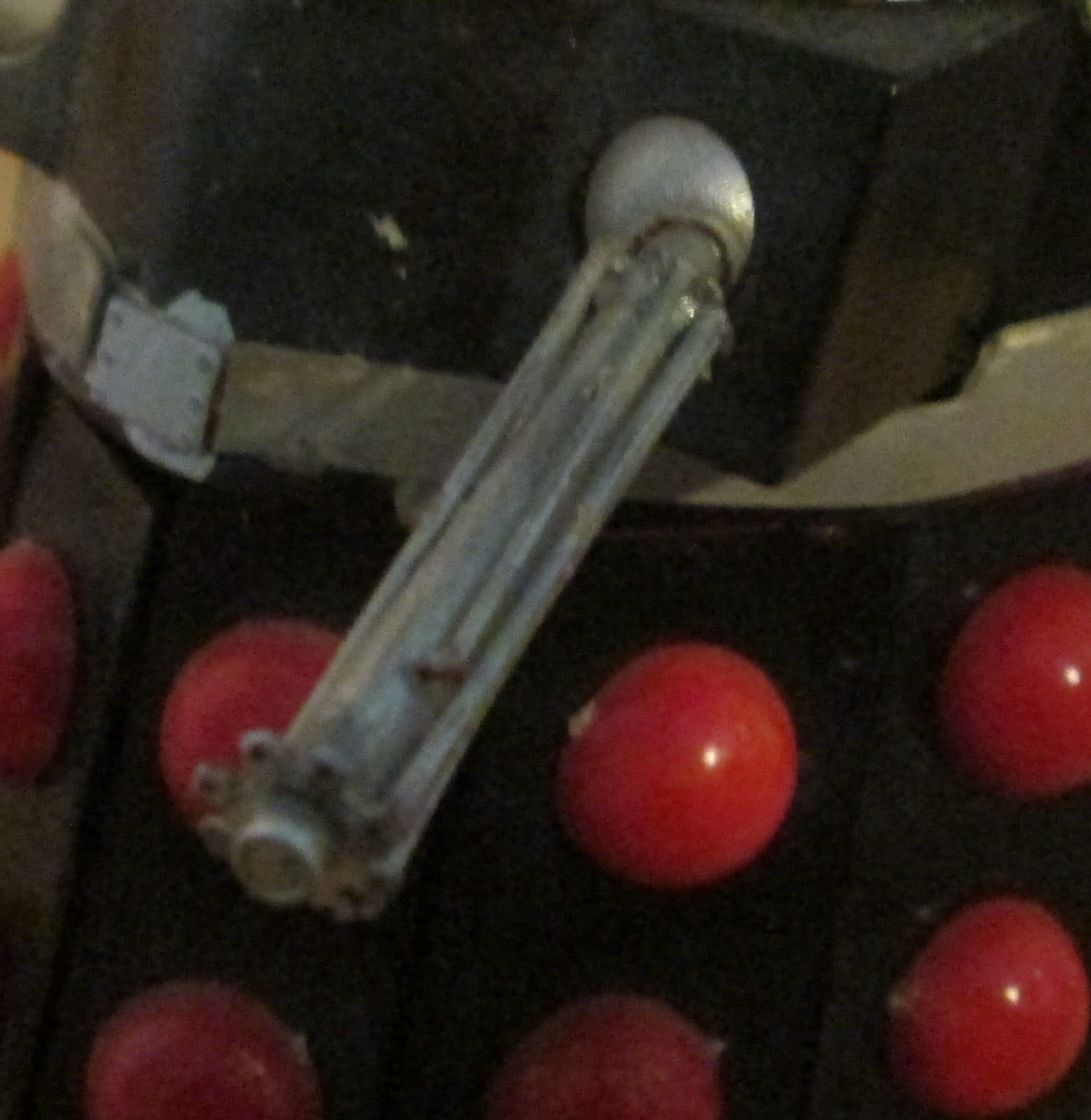 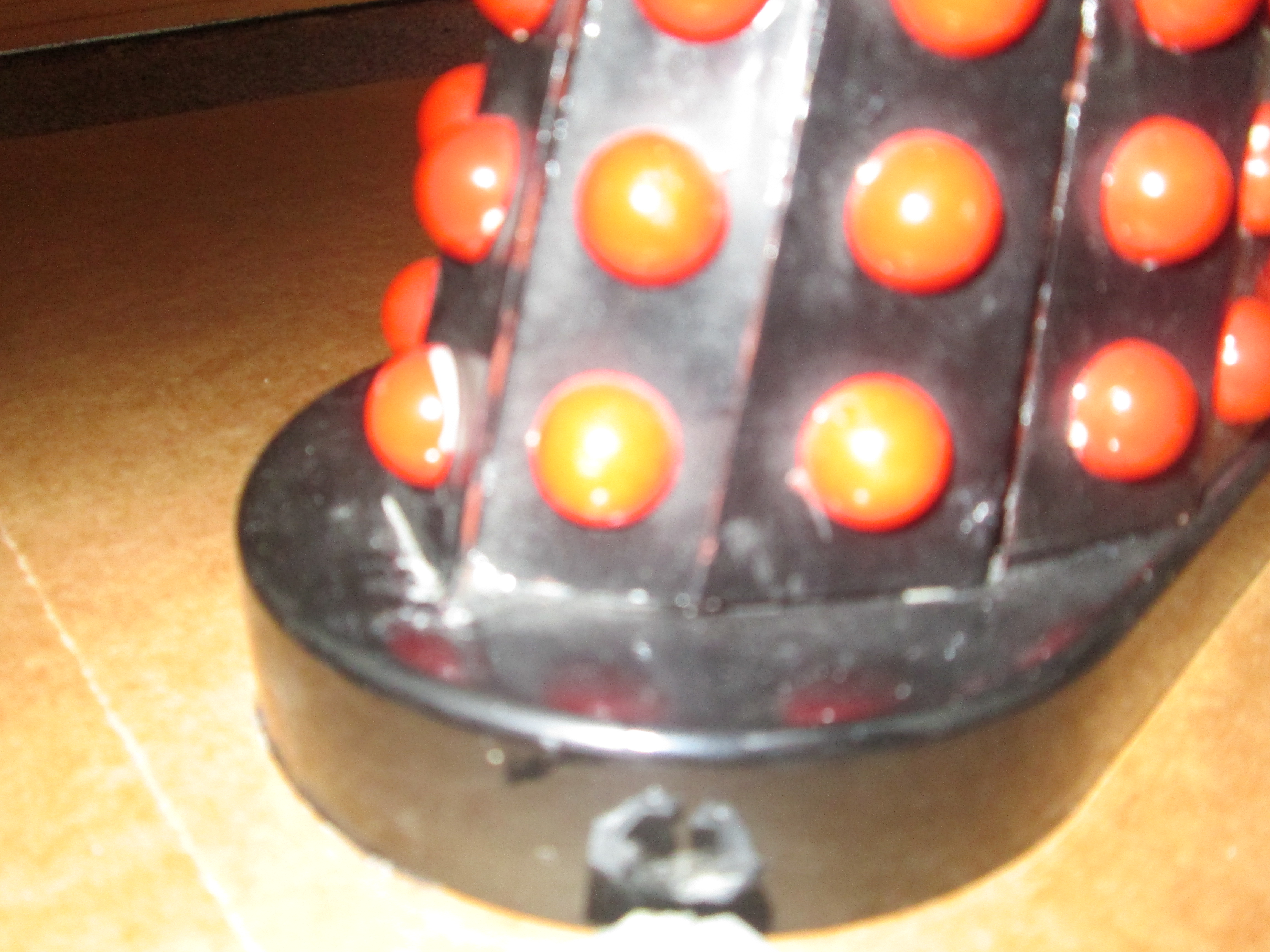 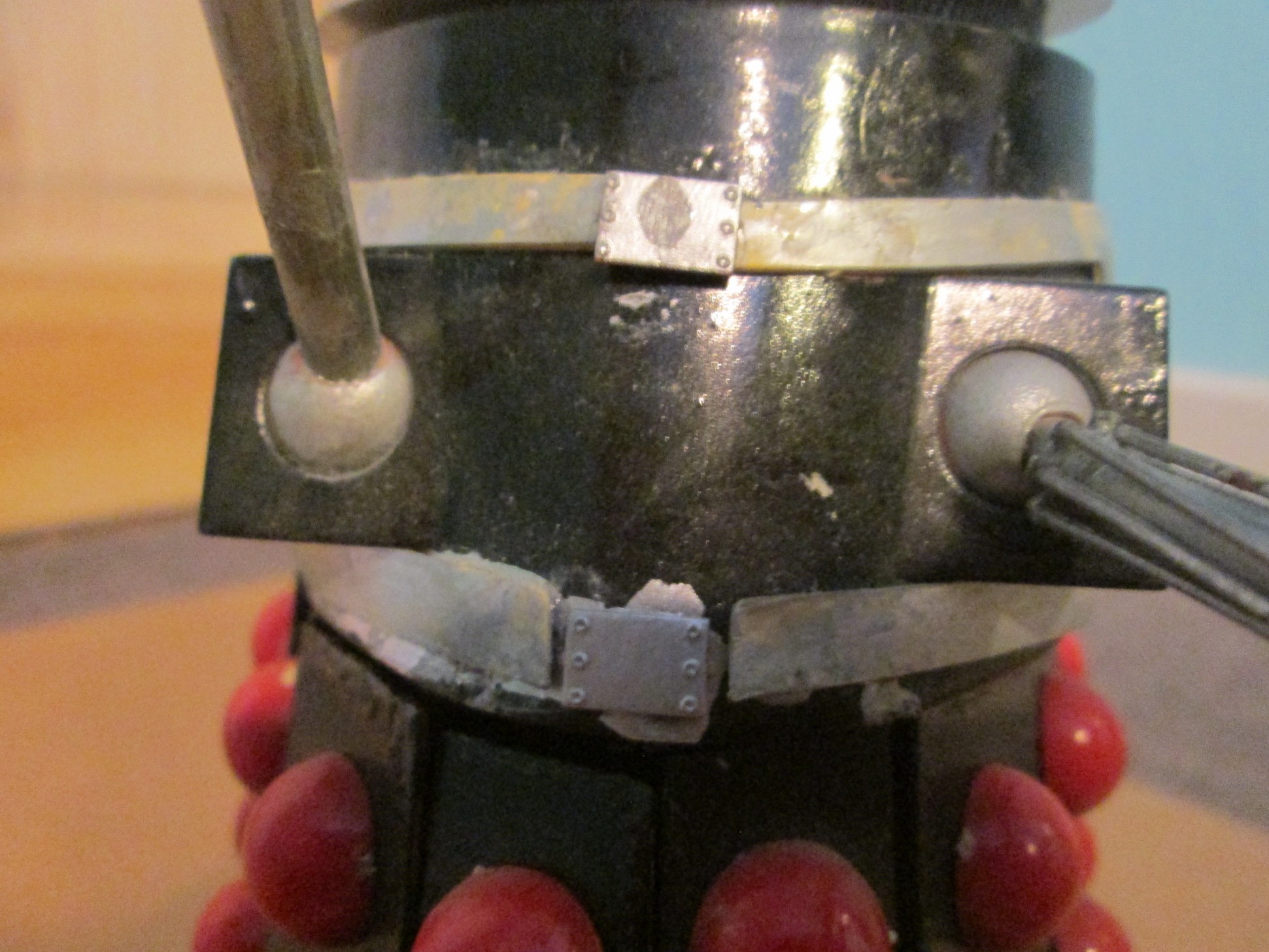 I got this poor guy in 2012 or early 2013, and I always meant to stick him back together and repaint him. My other complaint was that his colour scheme wasn't one seen in the movie, black with red bumps and silver everything else, just did nothing for me. I like the silver and blue colour scheme seen in that first movie, it's actually my favouirite dalek design of all, so I wanted to make him into one of those. I took this picture a while back to show the colour scheme, because it's the same as the "chase guard" dalek. That's because the chase guards were movie daleks with the big base and lights taken off. 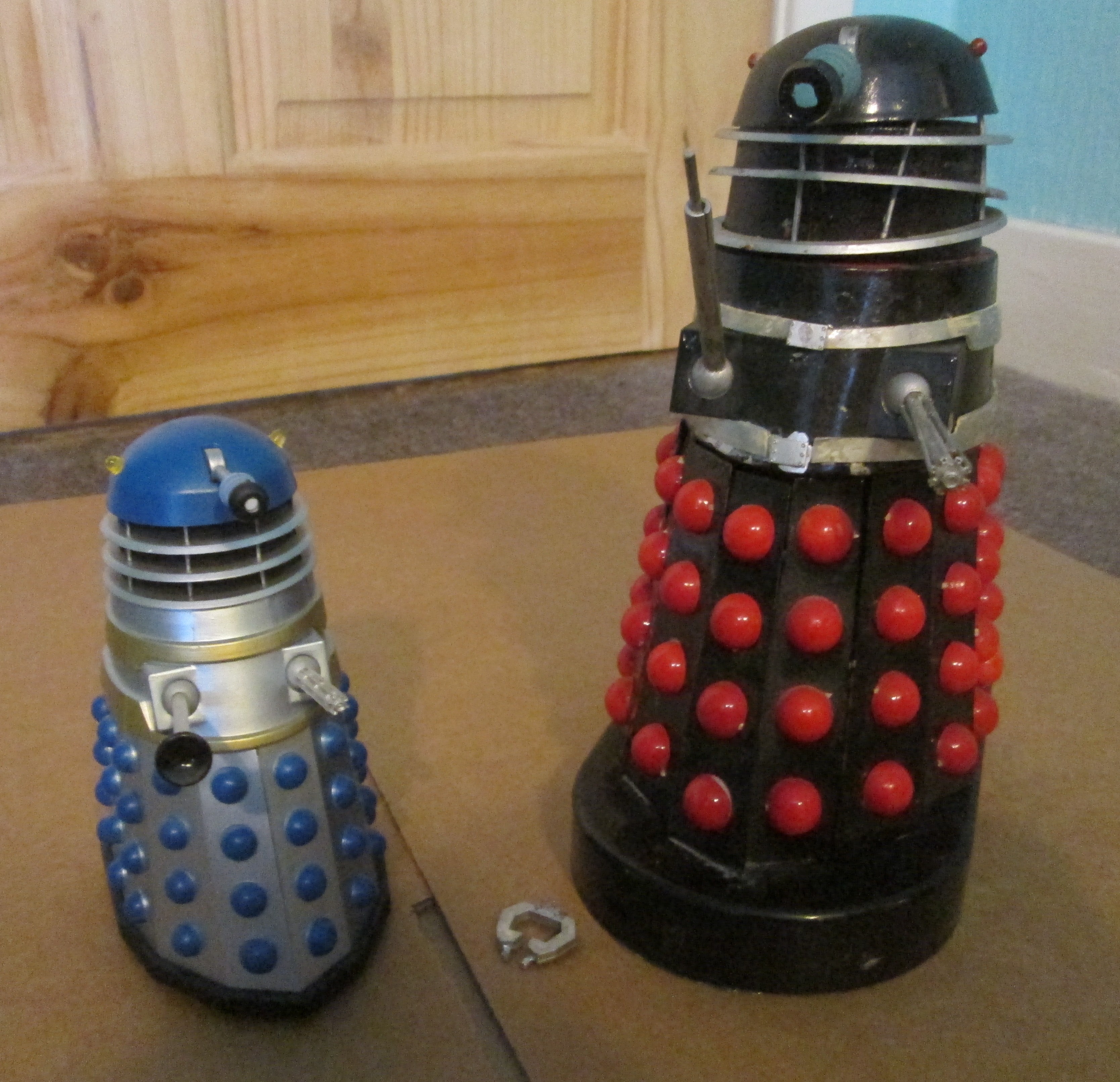 So a year or so ago I posted about this on the forum, it was before the reset so the thread is gone, but I had some notion that it was finally time to do up my dalek, I spoke to, I think fincon about it, who gave some suggestions, I did more work on dismantling the dalek, took the skirt into pieces, removed the spokes from the gun, took the head off, took the bumps off, sanded down the uneven paintwork and then... kind of got sidetracked. I guess I was a bit low on funds at the time because I didn't buy any supplies for the job. I did fid some glue in the house to try and mend the broken neck ring, as can be seen in the next pictures, but it didn't hold up at all. 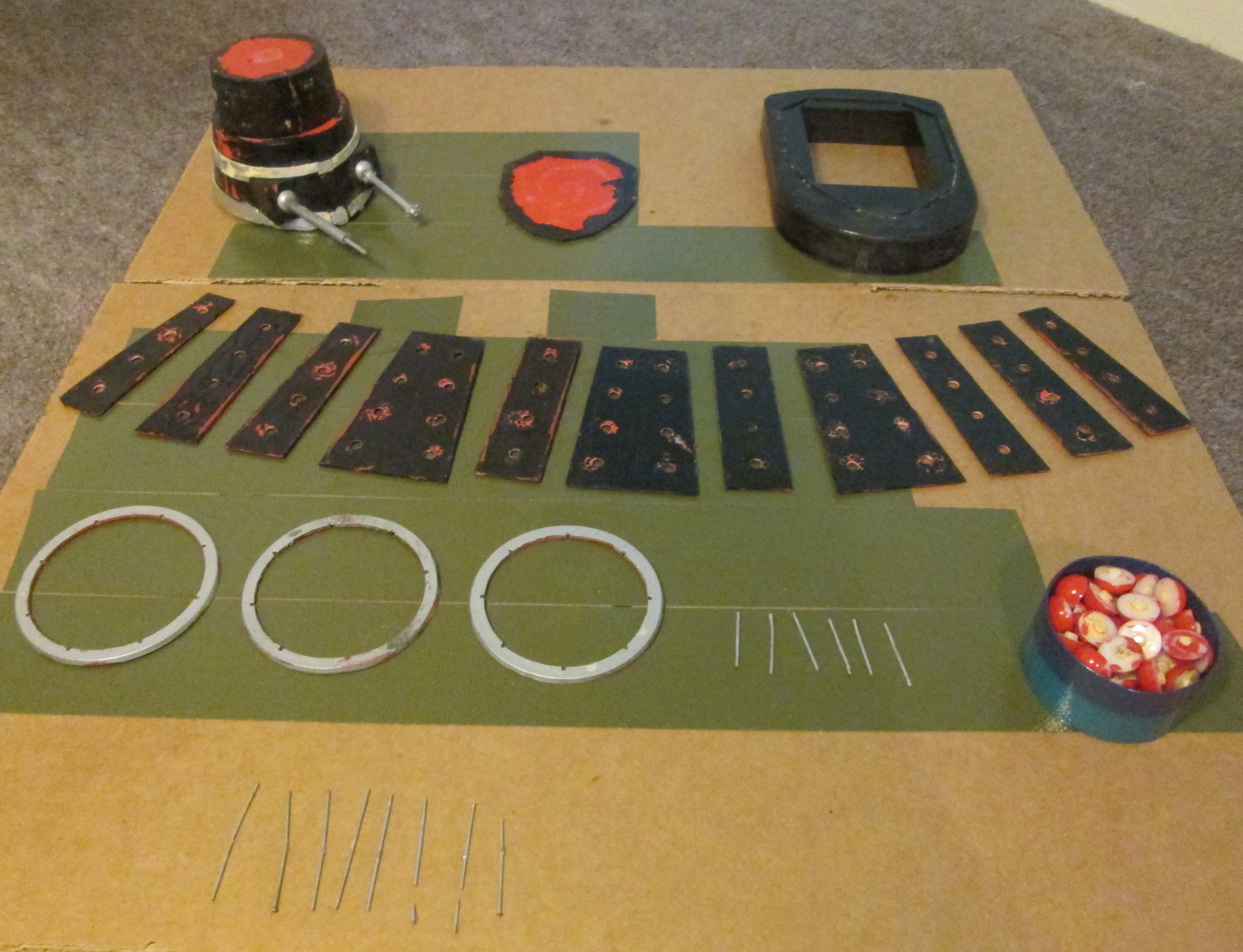 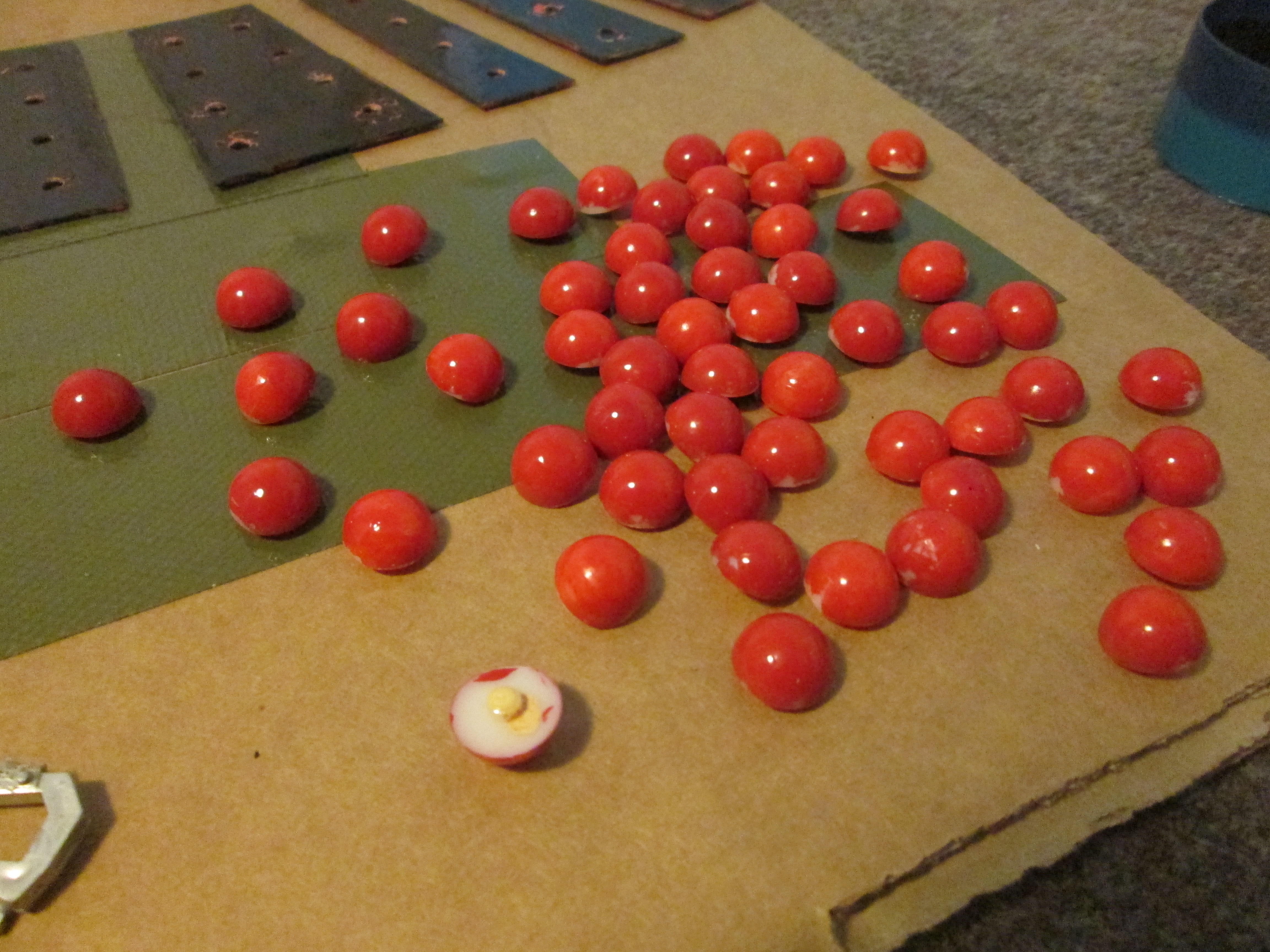 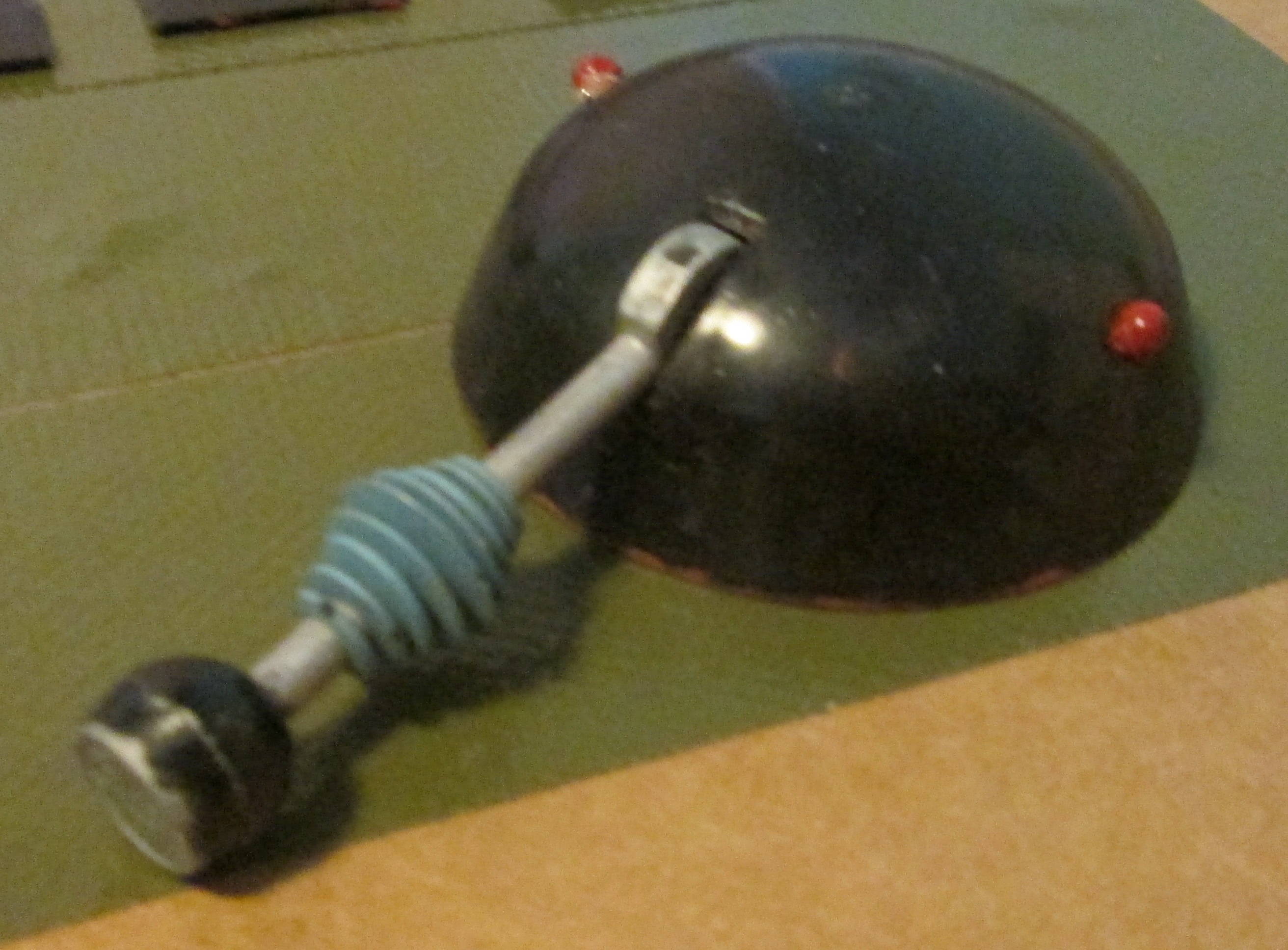 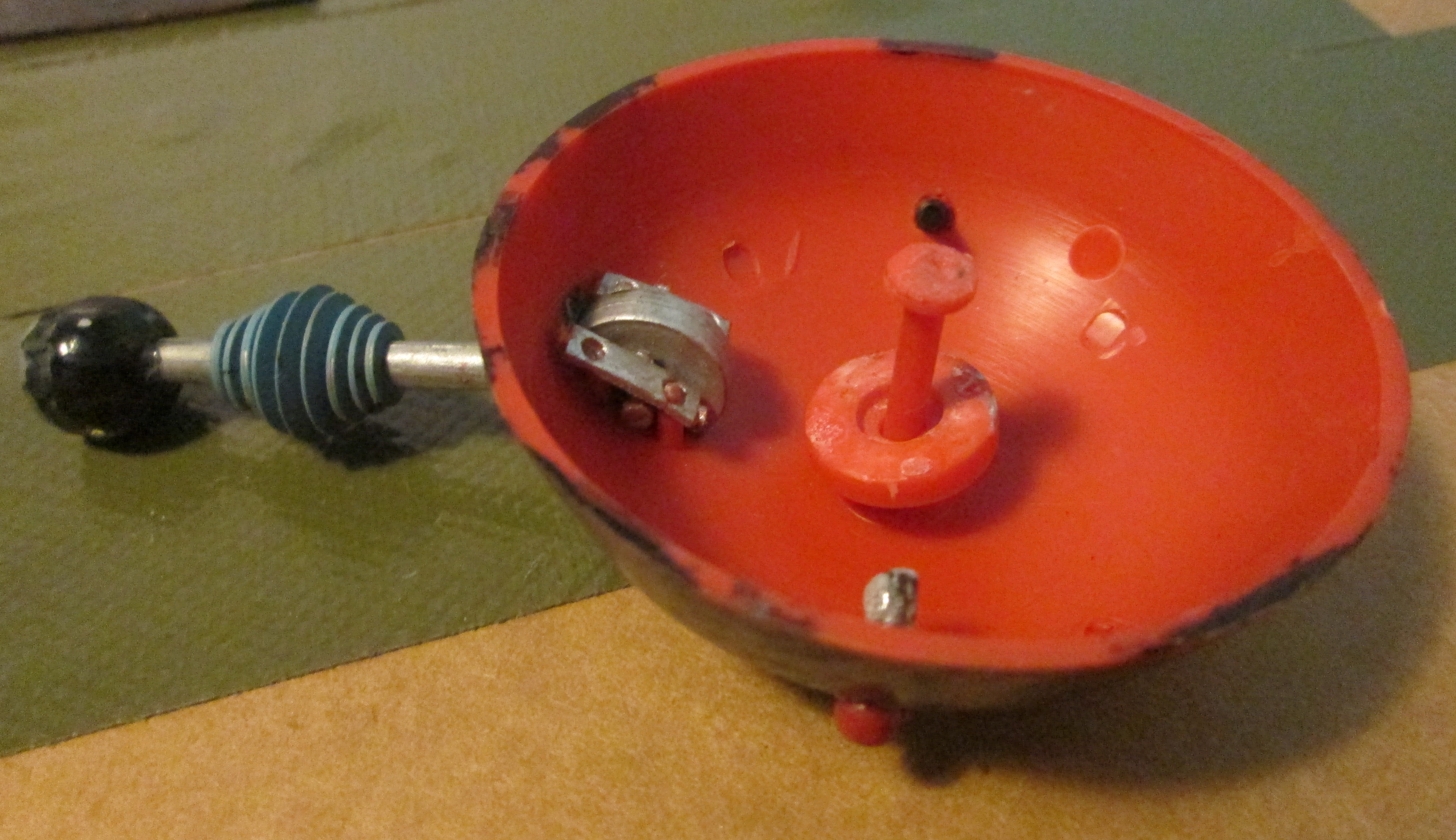 And that was it for ages. But I'm in lockdown and superbored (I mean I'm back here, that's how bored I am) and I have nothing to spend my money on, so I thought "why not actually do up that dalek I've been meaning to do since forever?" so that's exactly what I've been doing. I'm about a week into the project, I didn't want to share anything before I did the skirt in case I found I couldn't do it and had to give up again, but we'll pretend this is in real time, stay tuned for more, I've spent money on it this time, Restoration of the Daleks part 2 coming soon

Great to see you back Deb!

The dalek’s coming on nicely. I’ve seen one of these built before, *apparently* the skirt can be quite tricky to put together. Should be great, though.

This looks great! Great to have you back on the forum debs! We’ve missed you and I hope you are staying safe at home!

Glad to see people are interested in this, that's why I thought I ought to share. And I don't want to spoil the ending but yes, the skirt is a real hassle to do, I take back a few of the mean things I said about the guy who built the dalek first time around.

So once I decided I was going to do the dalek, and scouted around to see how much things would cost, I reckoned about £40ish on paint, which is quite a lot, but there are a lot of colours going on. Added to that stuff like glue, and primer, and little red LEDs to replace the tiny dome lights, which should be big jam-jar looking things, it was going to be a reasonable amount of cost. And I thought if I'm spending that much I might as well spend a little more and do it as well as I can. I was originally going to leave the shoulder bands as they were and just repaint them, I was originally going to try and stick the gun spokes back on, and use the original bars beneath the neck rings, but they all looked so dreadful that I reckoned I could probably replace them and it would look the better for it. So I bought 2 packs of round styrene bars, one set 1mm diameter, the other 1.5mm, and a sheet of a5 plasticard, 1mm thick. I'd already taken the old spokes off the gun, though this left the back asterisk shape looking a little ratty, it's not a part I can make a replacement to, but the front one looks ok, the back one is mostly hidden by the spokes, I can work with that. They're also a tiny bit out of alignment, but again, they're stuck too far in, I don't want to risk breaking an unreplaceable part, so I just worked around that. I also removed the old shoulder bands, which were really shoddy. Apparently these were not included with the kit, the buyer would get a stencil and have to make the bands by themselves. I don't have the stencil, so I made a new one from a scan of the old bands, which I then modified to fit better. The plan was to print the stencil, stick it to the back of the plasticard with double sided tape, cut out the shapes, remove the stencil and job done. The old bands were a real hassle to remove, incidentally, one part I had to leave stuck there and just sand down. The little riveted patches over the joins in the bands I am keeping because they were part of the kit, and the screen daleks did have those. 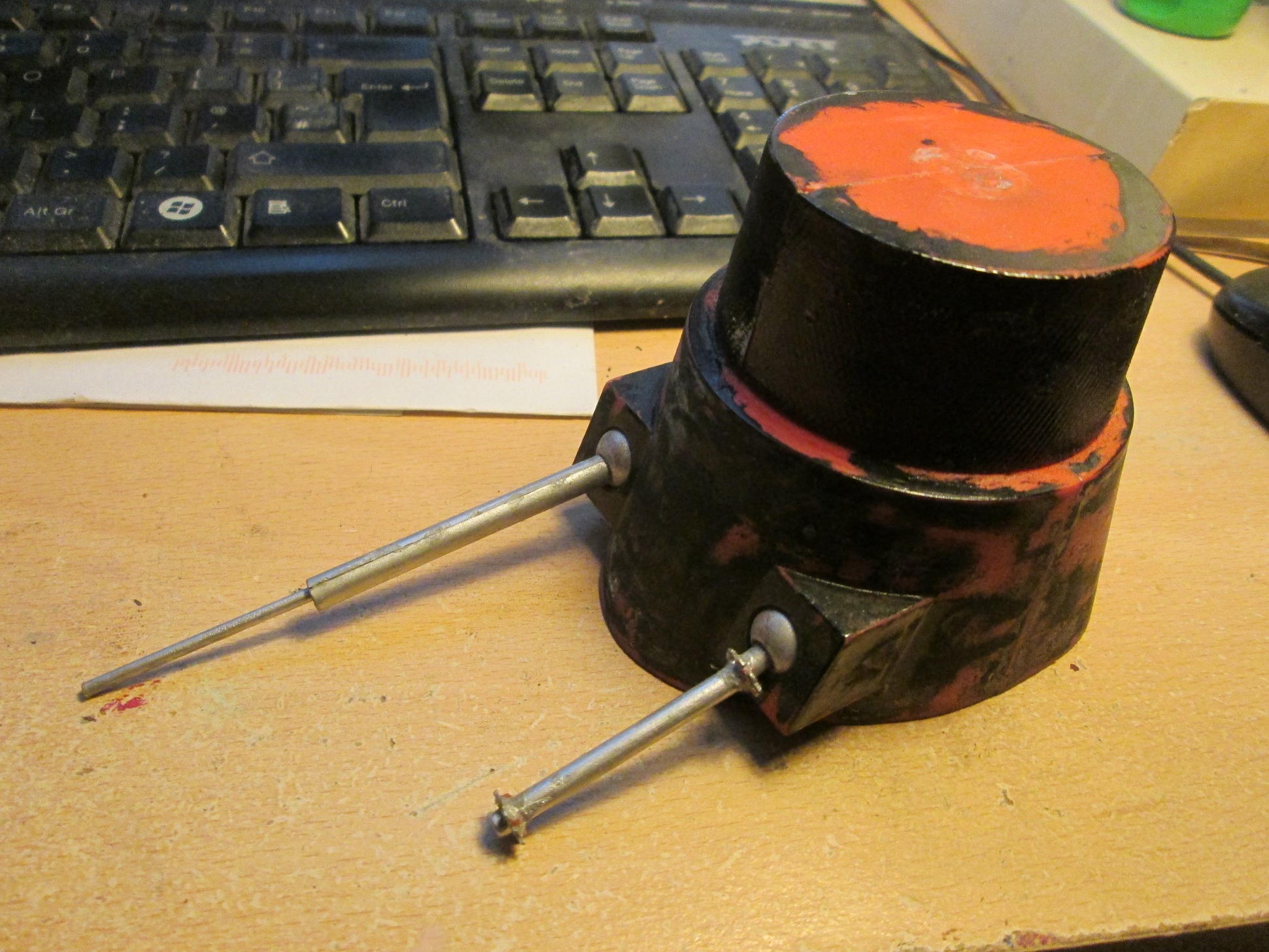 The shoulders with the bands and gun spokes removed 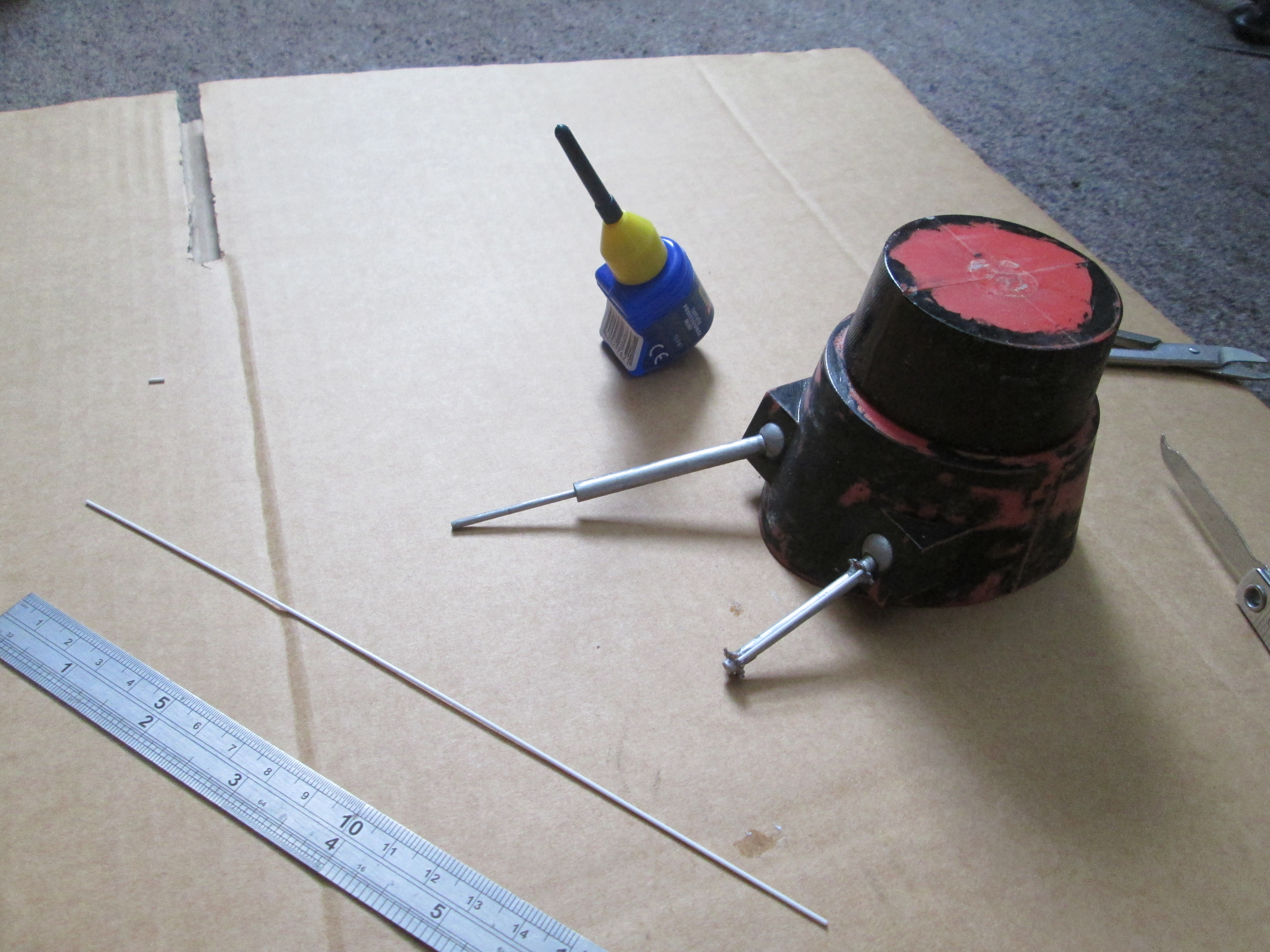 sticking the new spokes to the gun 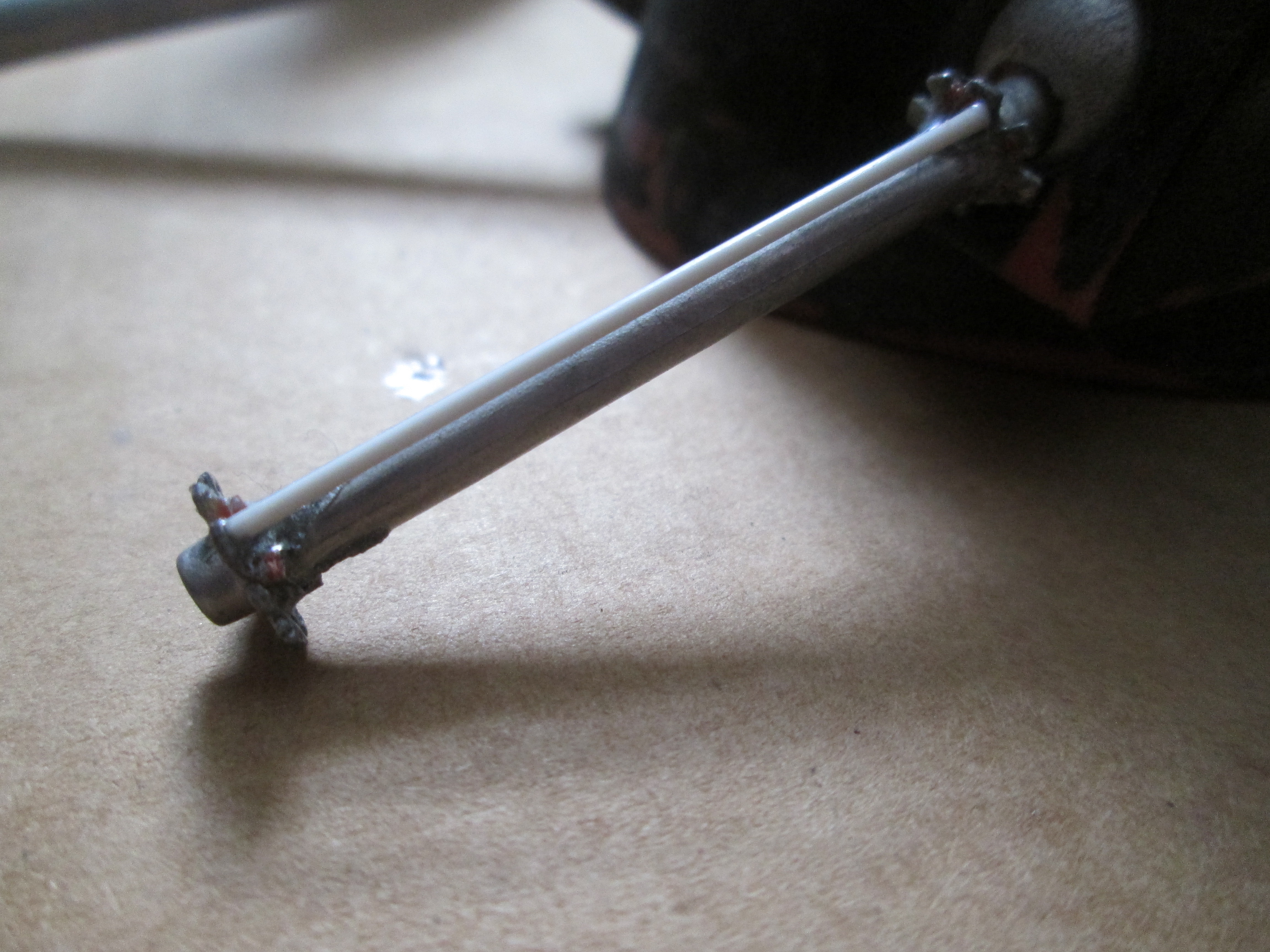 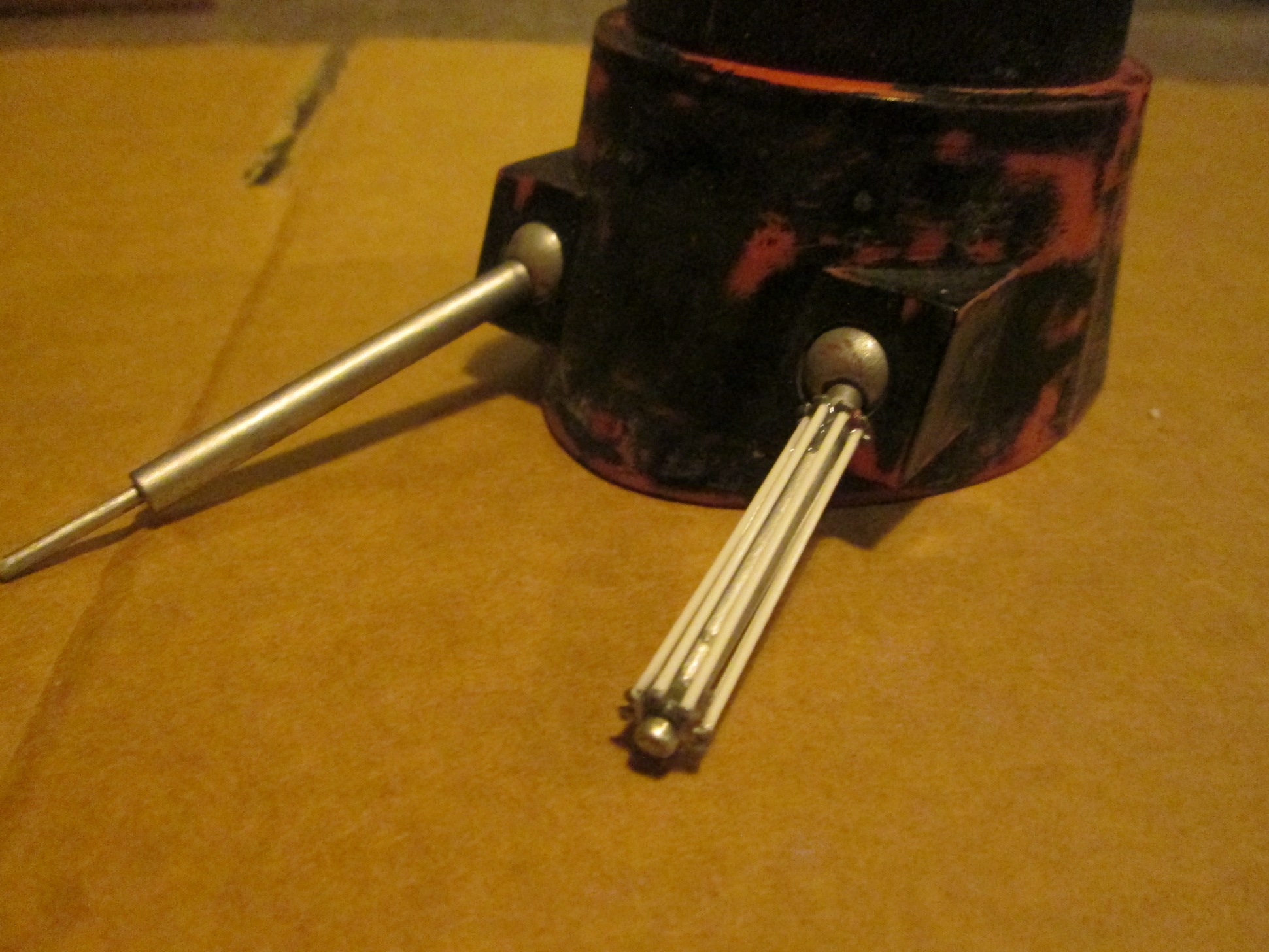 I also took this opportunity to stick the broken ring together with superglue, which I am avoiding using unless I really have to, in this case I did and the ring is finally stong enough to not fall apart when I put it in its place. 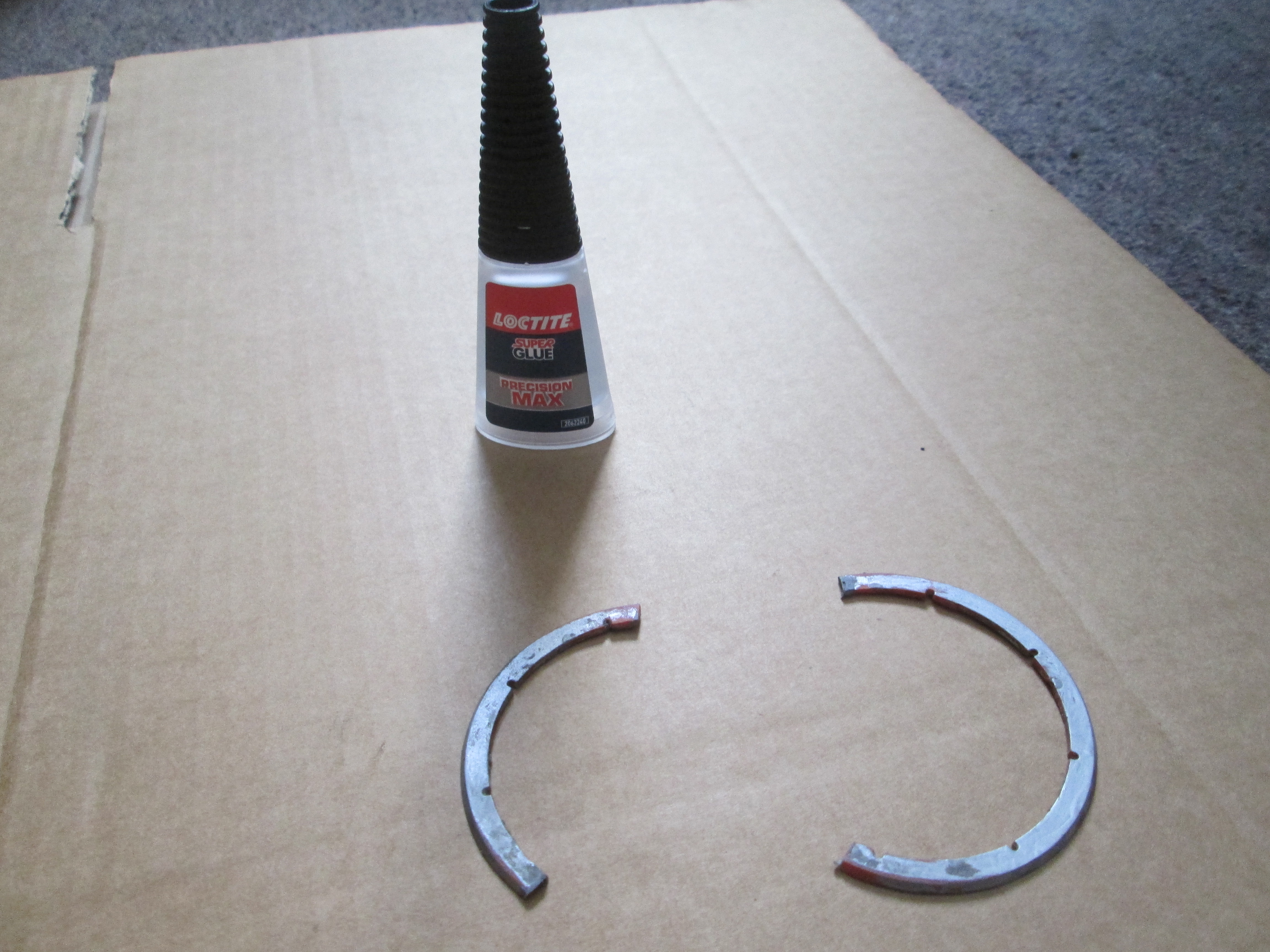 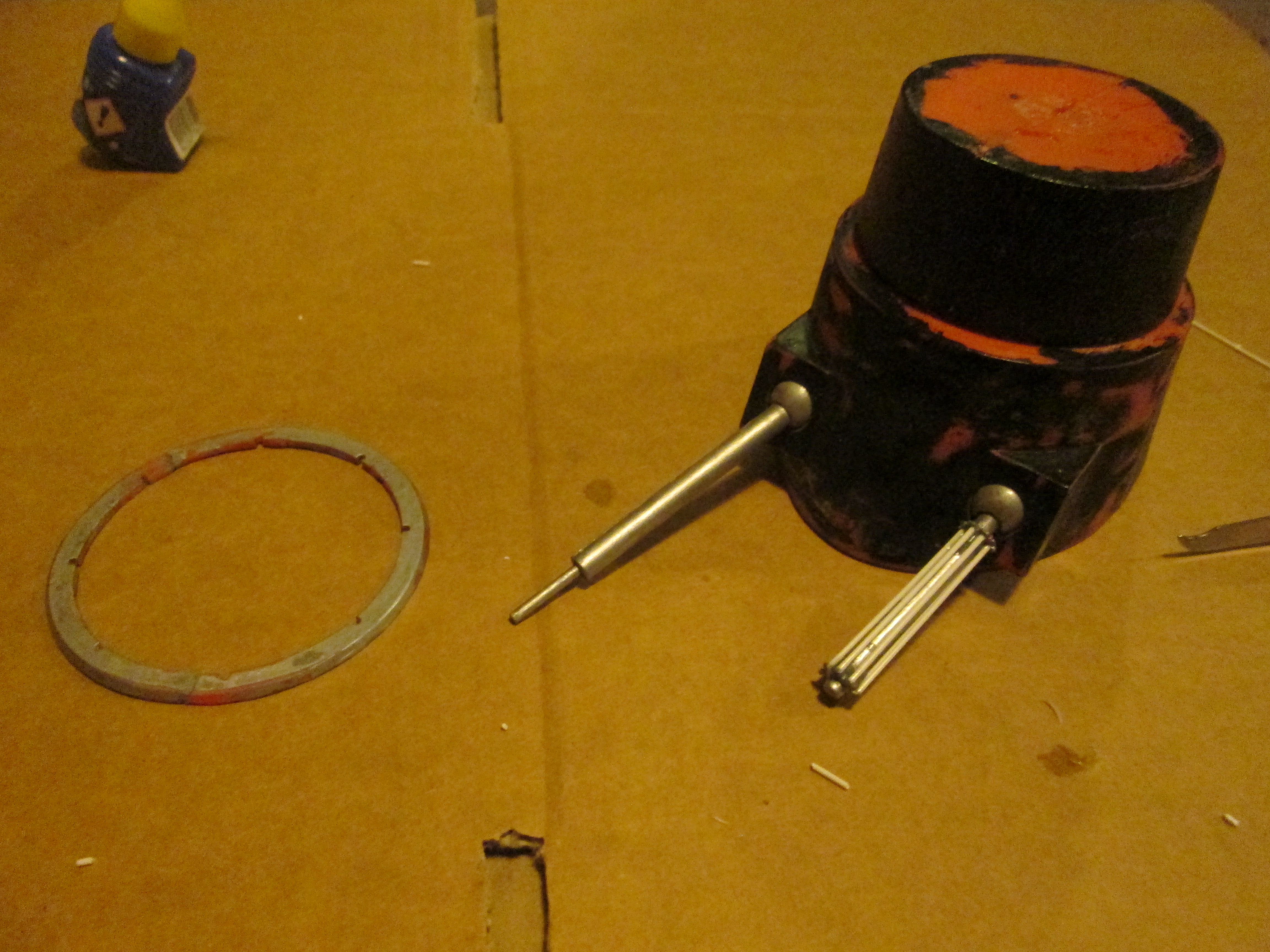 Thta’s coming on nicely. In regards to the ear lights, there are 3D printed replicas that you could scale down, if you have access to someone with a printer/are willing to use shapeways.

Poor chap was certainly in a rough way to start with! Restoration projects are always a bit tough I find, the biggest I've done is a 1/35 M4 Sherman Calliope that looked like it'd run over a land mine, it turned out quite well actually. Anyway like the others say it looks like you've made a good start, especially on the gun. Good luck with the rest of it.

Danoftardis wrote: ↑
Sun Apr 05, 2020 2:52 pm
Poor chap was certainly in a rough way to start with! Restoration projects are always a bit tough I find, the biggest I've done is a 1/48 M4 Sherman Calliope that looked like it'd run over a land mine, it turned out quite well actually. Anyway like the others say it looks like you've made a good start, especially on the gun. Good luck with the rest of it.

I often use their glue. I use their paint on Airfix, but not much else.

A MiG-15 actually, which I've not started yet. I'm still working on the 1/48 Falklands Harrier GR.3, which is nearly complete. Not that my modelling has anything to do with Deborah's Dalek.