I took a Martha Jones figure and swapped her leather jacket for a Thirteenth Doctor coat, after shortening it down and then grinding the hood away. I then swapped the lower legs for the legs of The Eleventh Doctor because the boots were similar, plus it made the figure a bit taller.
Next I sculpted on the lapels and buttons of the coat with milliput, I also used this to make the shirt, her waist coat and the frilled ends of the sleeves. I then removed Martha's hair and sculpted on the dreadlocks; I also added some milliput to the face by filling in the cheeks and chin to make it look more like Jo Martian.
After all that I gave the figure a full repaint. 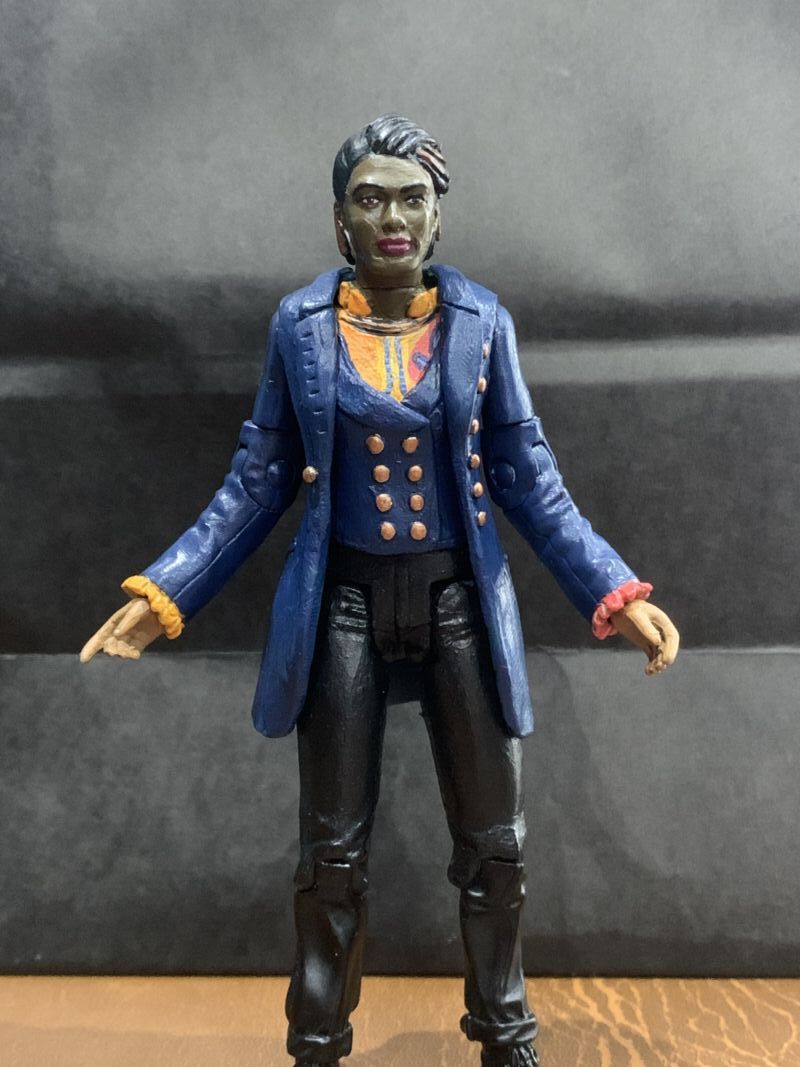 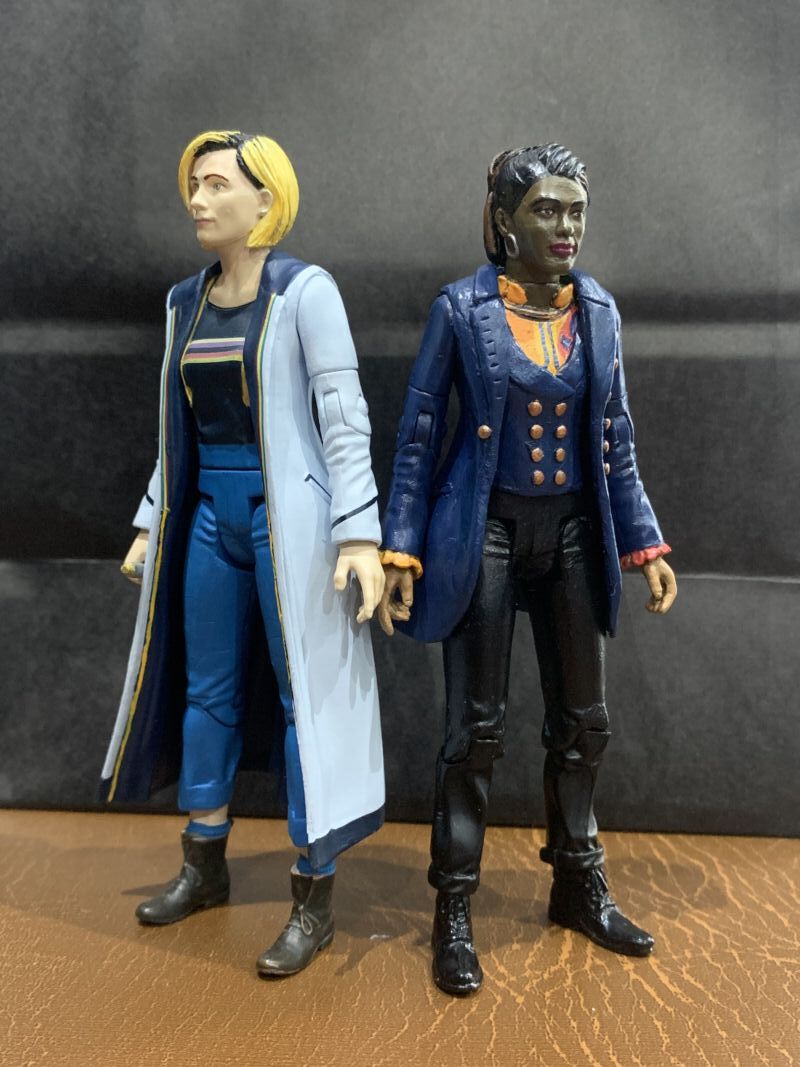 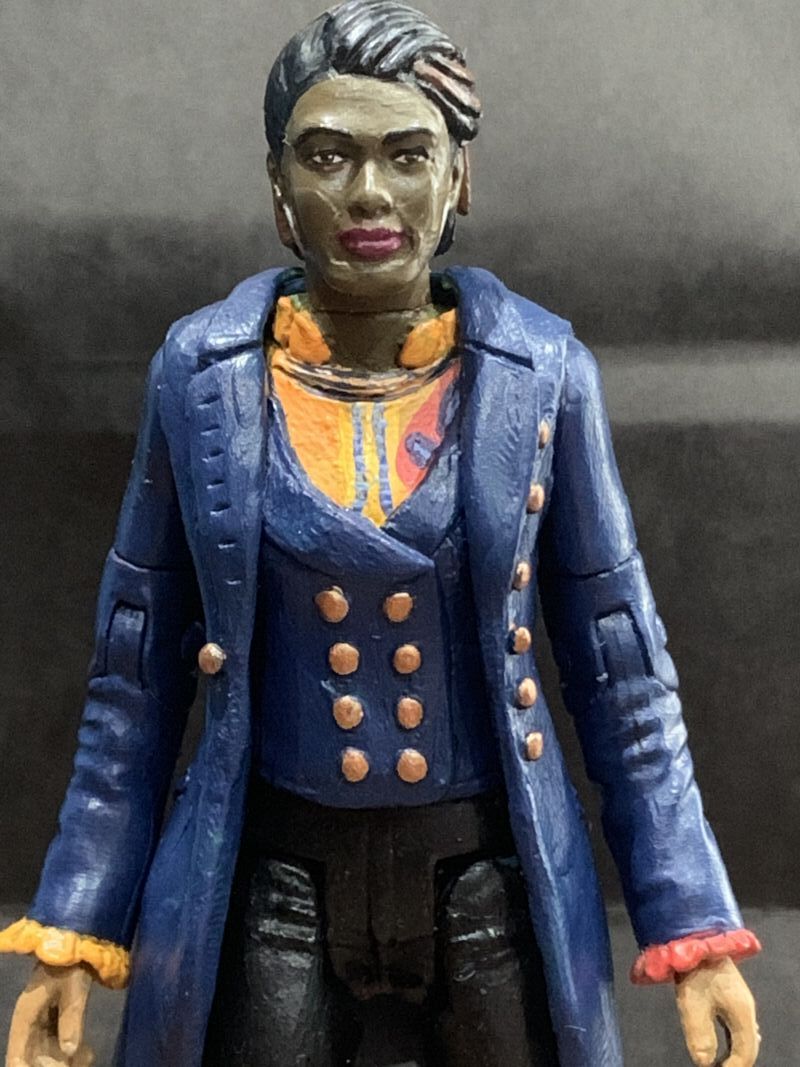 Re: Doctor Who Custom Figure - The Fugitive Doctor

Wow... That is really, really nice!