My friend has managed to acquire me and him two Eleventh Doctor Crash sets from our local geek shop!
Did someone say Foamasi?
Top

Sixth doctor from collect and build K-1 series
Did someone say Foamasi?
Top

KingYcranos wrote: ↑
Sun Dec 19, 2021 8:09 pm
My friend has managed to acquire me and him two Eleventh Doctor Crash sets from our local geek shop!

Both the same? Or one of each? I always really wanted the blue bow tie TRU variant when it was released, because I knew I'd get the red version in the eleven doctors set, so having two different figures appealed more than two the same, but very specific and frustrating circumstances meant I missed my chance on getting that at the time, and then I got the red one, so I had to just live with two red matts. Then, like two years ago, I finally got the blue one loose, after it just never ever got a rerelease, and it's one of my favourite 11th doctor figures, I don't even know why.

that's a lot of backstory, but yeah, just wondered if you got two sets because it's one of each version

Sadly it was two versions of red/raggedy, he already has a blue tie one and I'm so jealous it

I managed to pick up this bad boy at the weekend. A 21-inch Supreme Dalek from The Stolen Earth. He is pretty awesome. 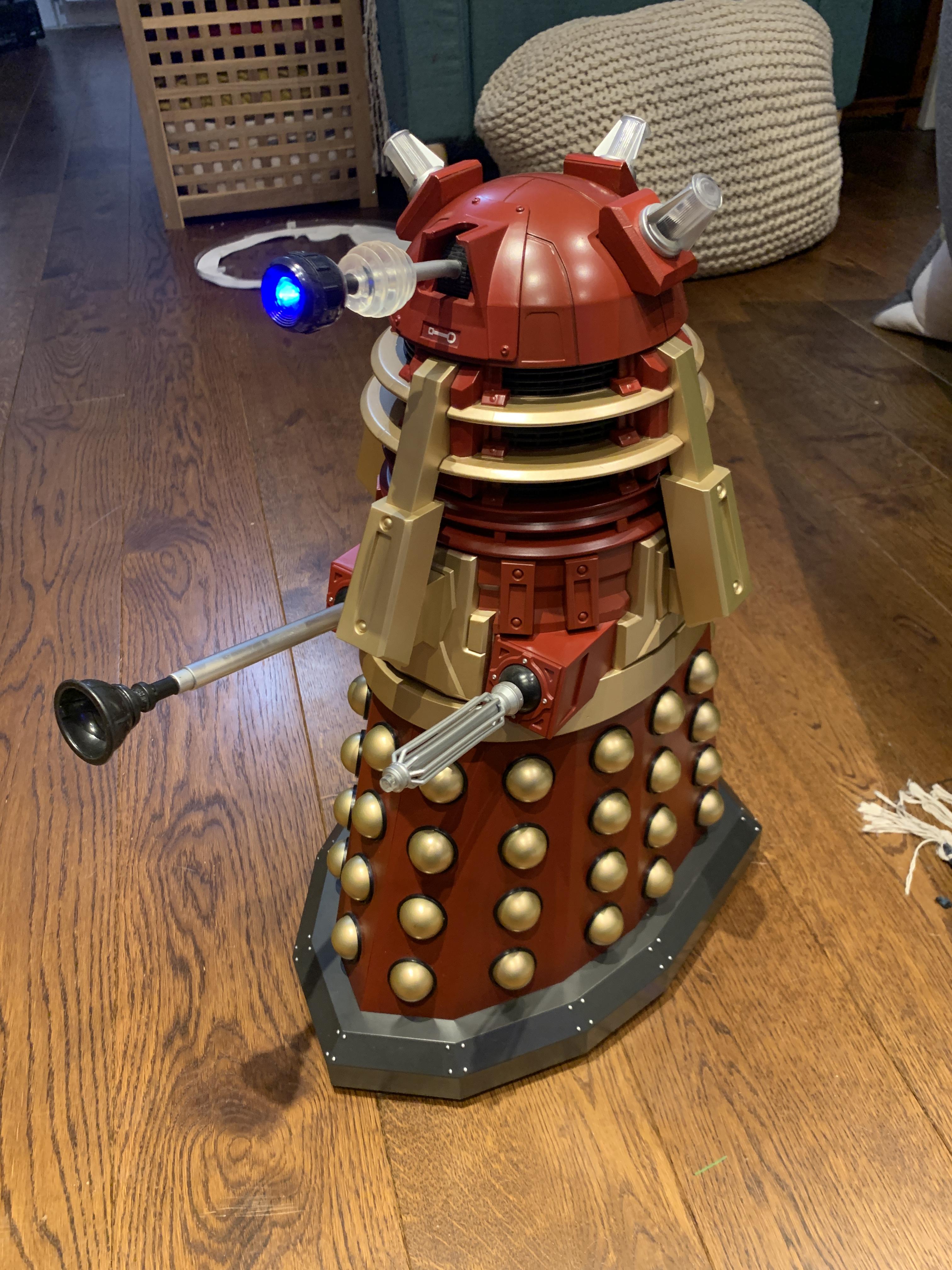 Thanks to a helpful chap on facebook I now have two more Day drones to add to the army, plus I’m hanging on to a second gold Dalek to be a Frontier in Space version/back up. 11 Day drones now.
Top

History of the Daleks set 5! It's a beauty!
Did someone say Foamasi?
Top

My birthday was this saturday, and I got to go to a comic con for the very first time. Very eventful, beautiful day but to shorten things up... I got four brand new (to me) figures that I am very glad to get a hold of!

The next day I also opened up my 6th Dr and Stealth Cyberman set because why the hell not, eh?
Top

Got some things off eBay

I must say...the Pertwee is amazing! And to finally own an 80s Cyberman!
Did someone say Foamasi?
Top
Post Reply
89 posts