Someone suggested Yartek a few posts back, that's such a deep dive, I love it

I think whether we get companions or not is pretty much reliant on what Spanner suggested.

If all these sets are coming out at once, at least a companion or two are basically guaranteed.

However if we’re getting say, the Sensorites set and the Earthshock set now. And the other two in the Autumn, then it’s likely the other two are variant sets and probably won’t be hugely different.

Like if we’re getting Sensorites and Marinus at the same time, theres no way there’s gonna be two slightly different First Doctors. If Marinus is coming out alongside Sensorites then it’ll either be something like Yartek and two generic Voord or there’ll companions in the mix.

Watch us all panic, but then get Ian & Barbara in the Marinus set with Susan being included with the TARDIS lol.

See I thought considering that the Sensorites are slight variants and not two identical figures that they might do the same for the Marinus set a make a new head for Yartek.

I would actually welcome companion or non Doctor figures with TARDIS sets.

Susan and the 1st Doctor's TARDIS? Love it.

You could probably put a Sarah Jane variant with a 4th Doctor TARDIS and it'd sell on both their merits.

Other Doctor's TARDIS packs have been kind of recently sold.....but.....3 and 7 have two unproduced companions (Liz and Mel) that you could pack with one.
Top

I figure it's probably going to come with a reissue of the original Unearthly Child variant (which I'd almost be willing to pay for on it's own, since it's been out of print for a while now, and stupid expensive on eBay.) 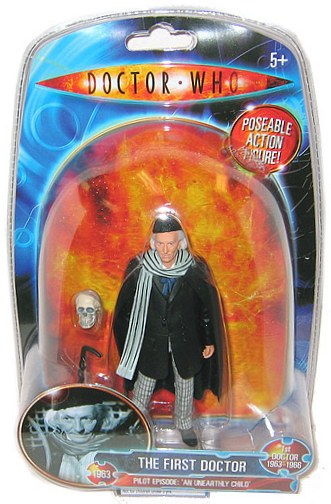 Though I suppose it depends on whether they're planning on giving us a true Brachacki box or another modified mostly-Brachacki box that's basically identical to the Troughton one they released last year with the Police Box sign changed back to black.
While I'd love an Unearthly Child pilot box with the extra tall roof, It'd be awesome to get a Dalek Invasion of Earth version with the open windows, or something really weird like the version used in The Massacre with the tic-tac-toe windows. (though something tells me we're unlikely to get either of those, as they'd require significant retooling for something that could only be used once.) 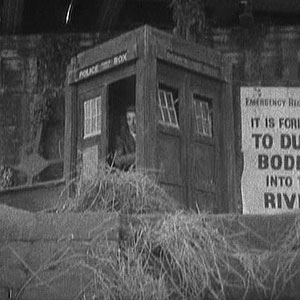 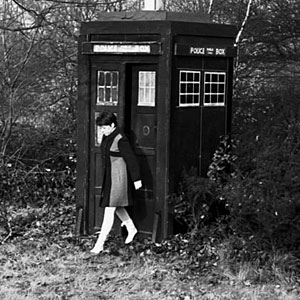 So it seems we have reduced outings this year with 2x three-packs and 2x Dalek sets per outing. Could there be another set we don't know about that will make up the 3x three-pack model as per previous years? Could there be two 5 Doctors and two Earthshock sets to go with the Sensorite/Voord sets?
There's so many opportunities to fill the 5 Doctors set its sad to think what we wont get.
Top

Assuming the First doctor and TARDIS set is coming/still coming (which I hope it is)...

What would people like?
I personally am praying to God daily to get a new roof for it to match the tall roof. I'm thinking this might be on the table for this year...

With that in mind, what would people want for a First Doctor figure? Specifically, which variant? If we have a chance at hurndall in the same wave, it needs to be different enough. I'm thinking unearthly-child or "10,000 BC". In this he could be in the suit with tie and hat to be very different, or be in the standard getup he has with again, the lovely hat he wears. Personally, I'd prefer the suit version with hat as that is more unique. However, if we are to get a new roof I'm wondering if they'd choose not to make new tooling for the figure. So, in this situation I'd be alright with a standard unearthly child figure done.

In case you didn't notice, I really like the unearthly child version(s) of the Doctor and TARDIS :~)
Top

I really want one of him with his cloak and hat, I always think they ought to put the cloak and the hat head onto the open jacket body, that would be a nice variant. Also think hat and closed coat, but no cloak, would be pretty interesting to see.

I don't care. I'll buy anything.

There. I've said it.

I suspect if the rumours are true then we will get another 1st Doctor variant plus 2 Voord (Probably Yartek and one of the others). If we're lucky the Voord heads will have different 'antennae', obviously Yartek has none and the other one will probably be the one with a circle as it crops up the most in merchandise.