Decided i'd make another police box, this time an Eighth Doctor one from the TV Movie 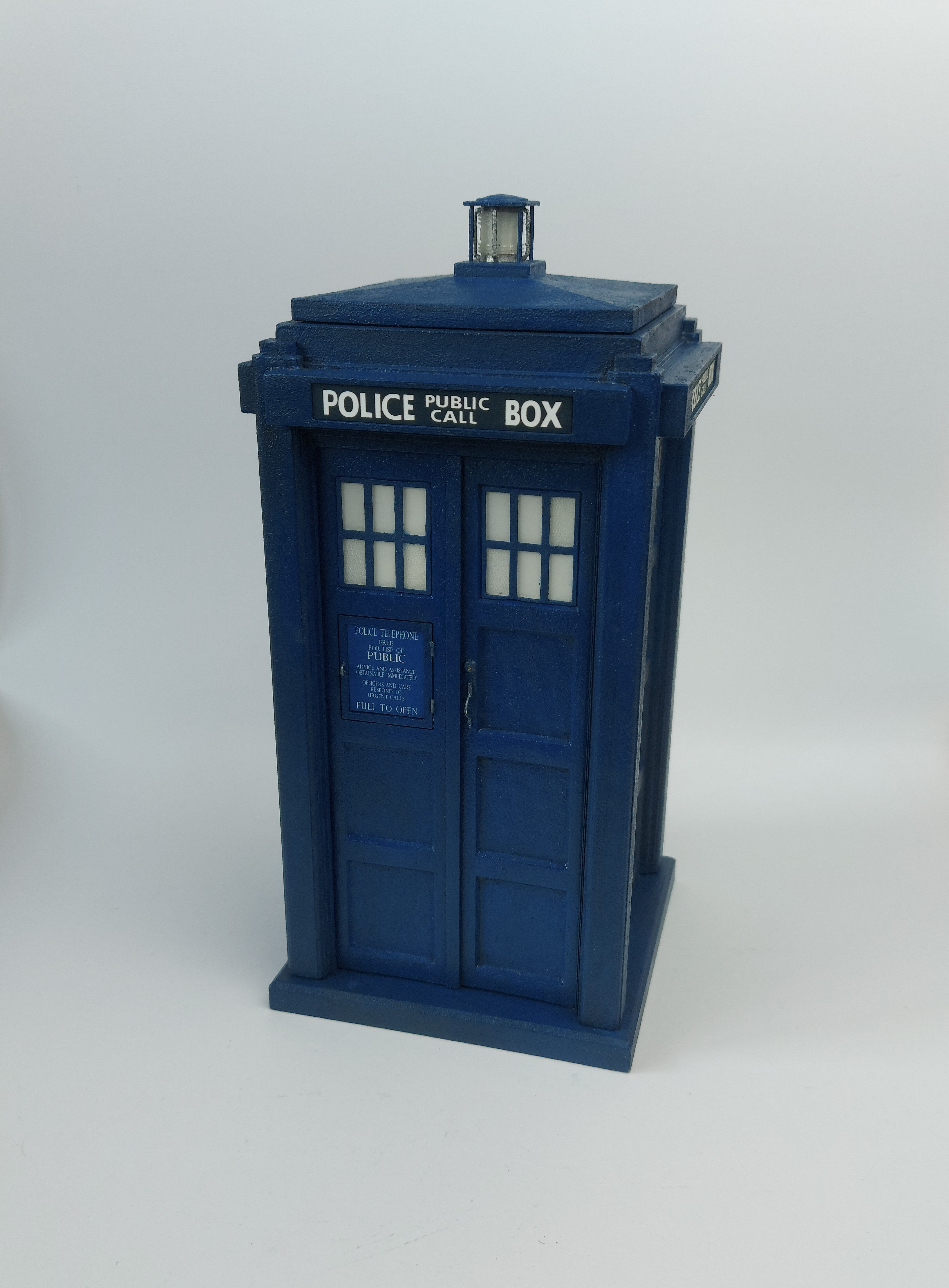 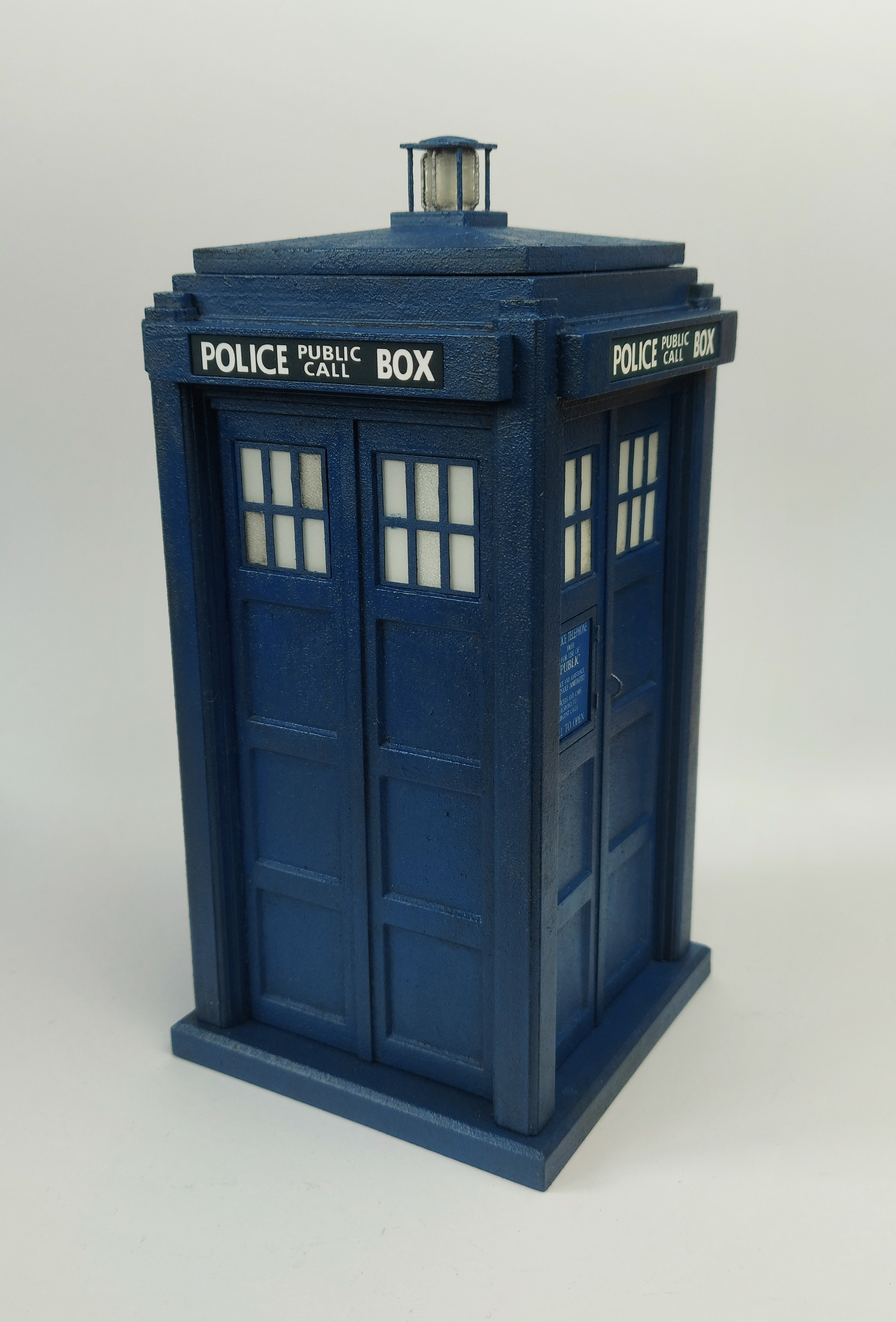 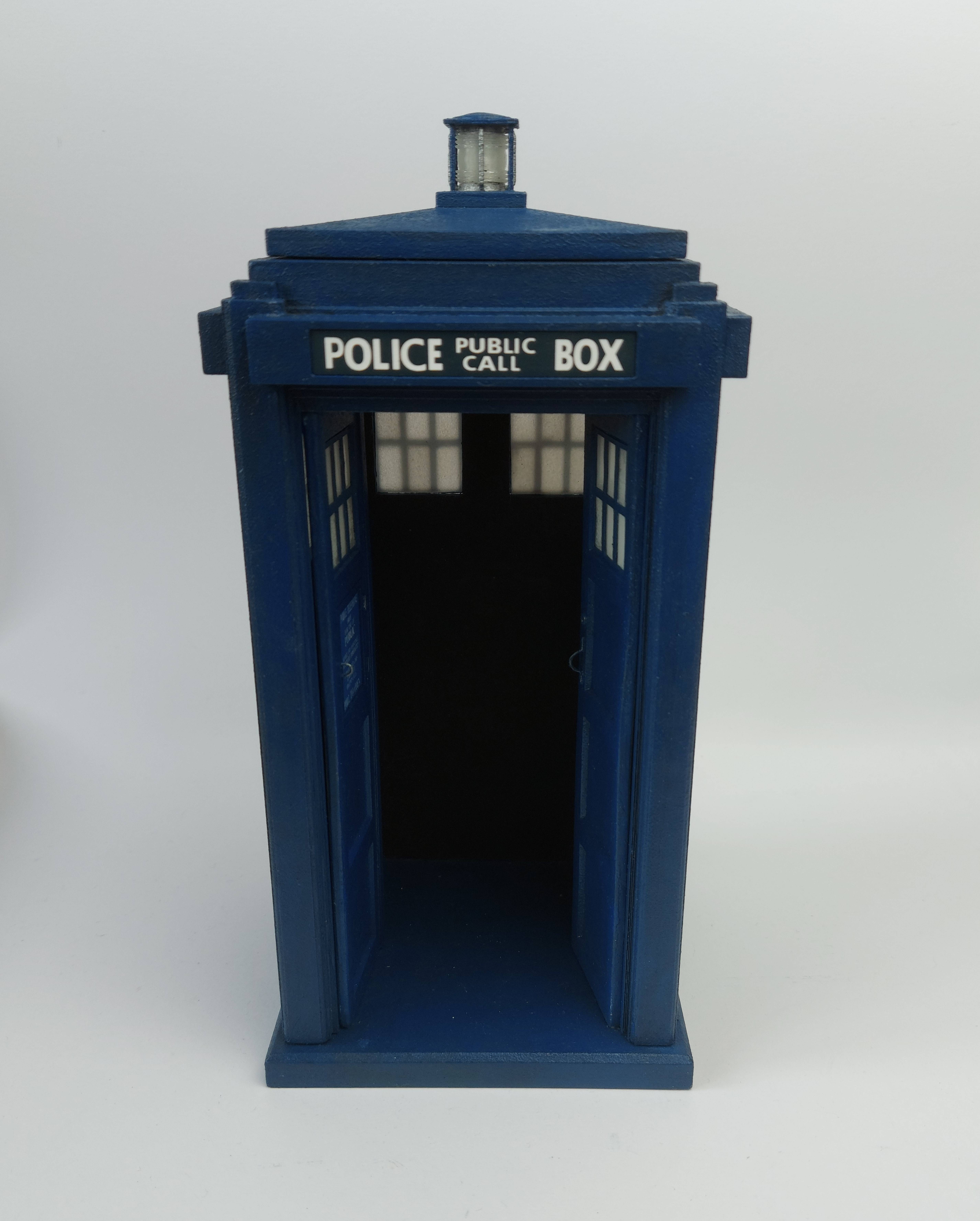 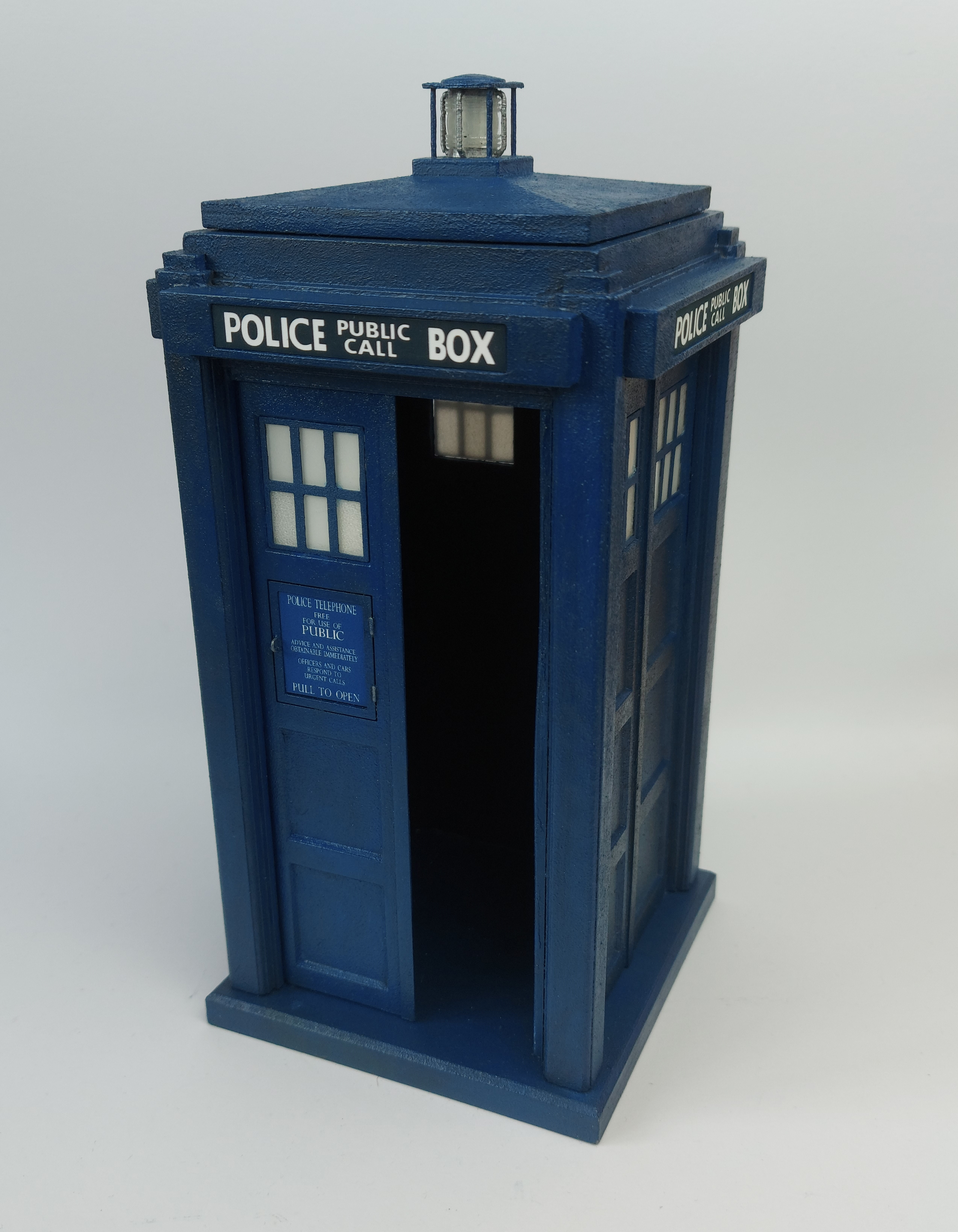 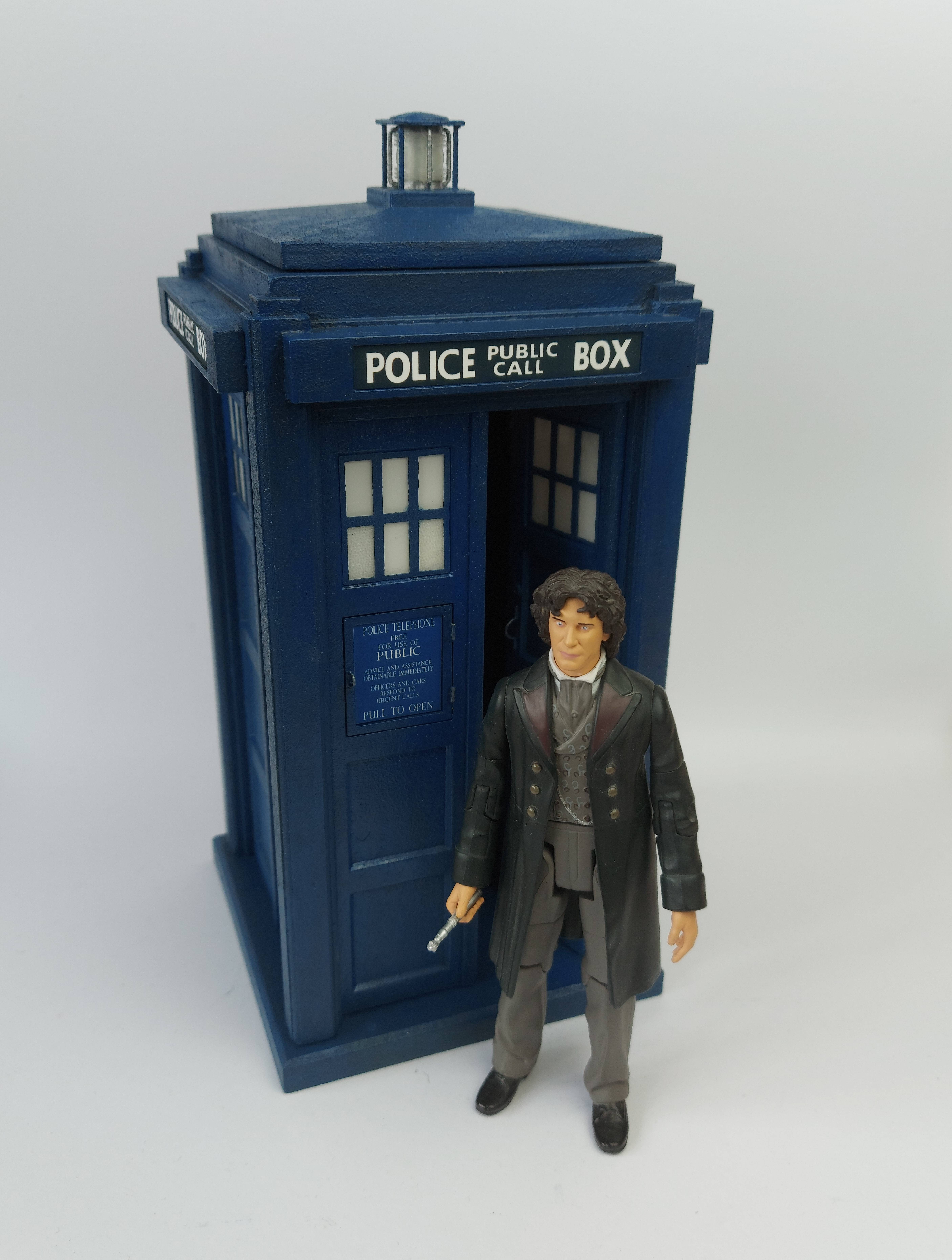 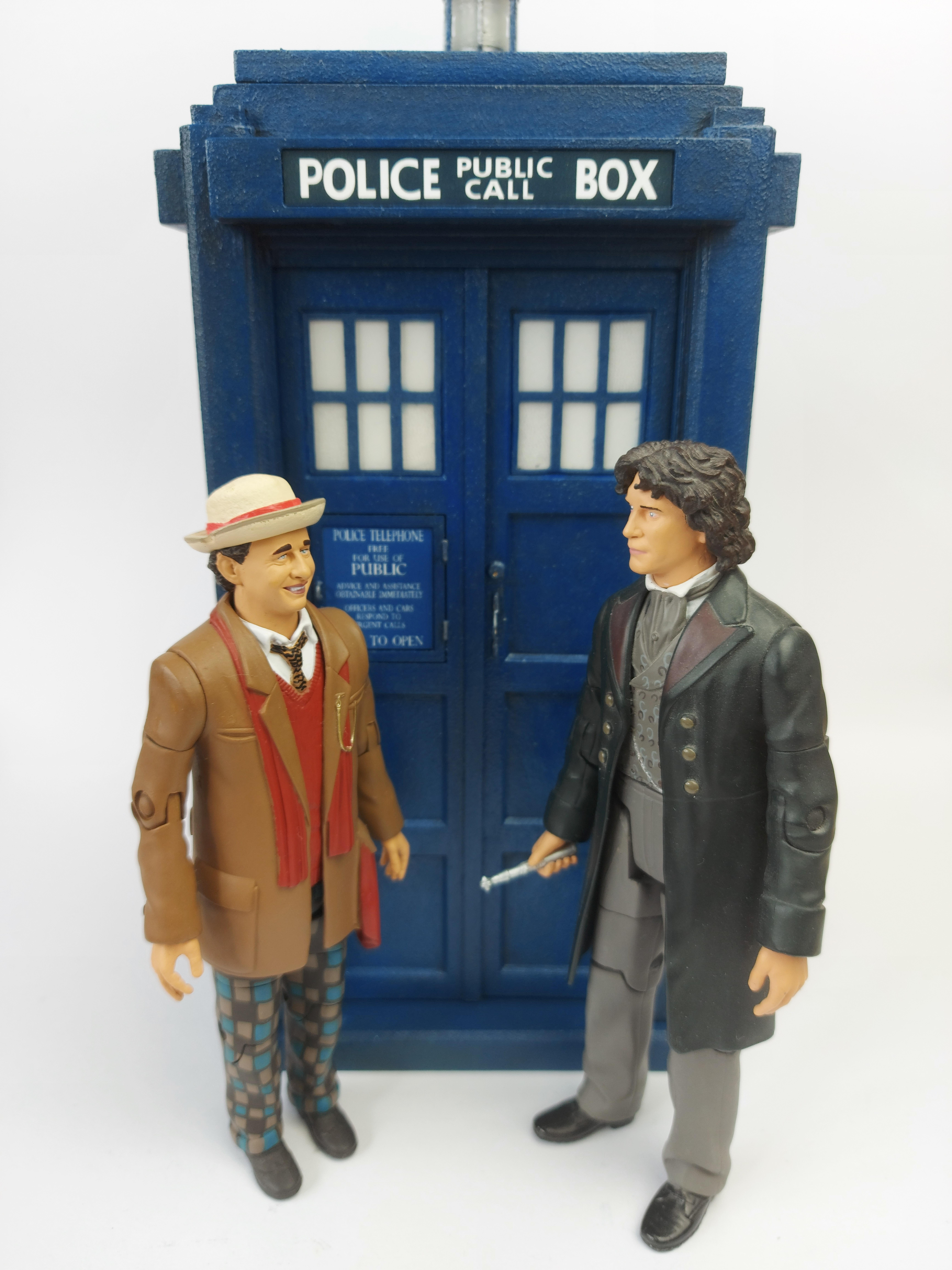 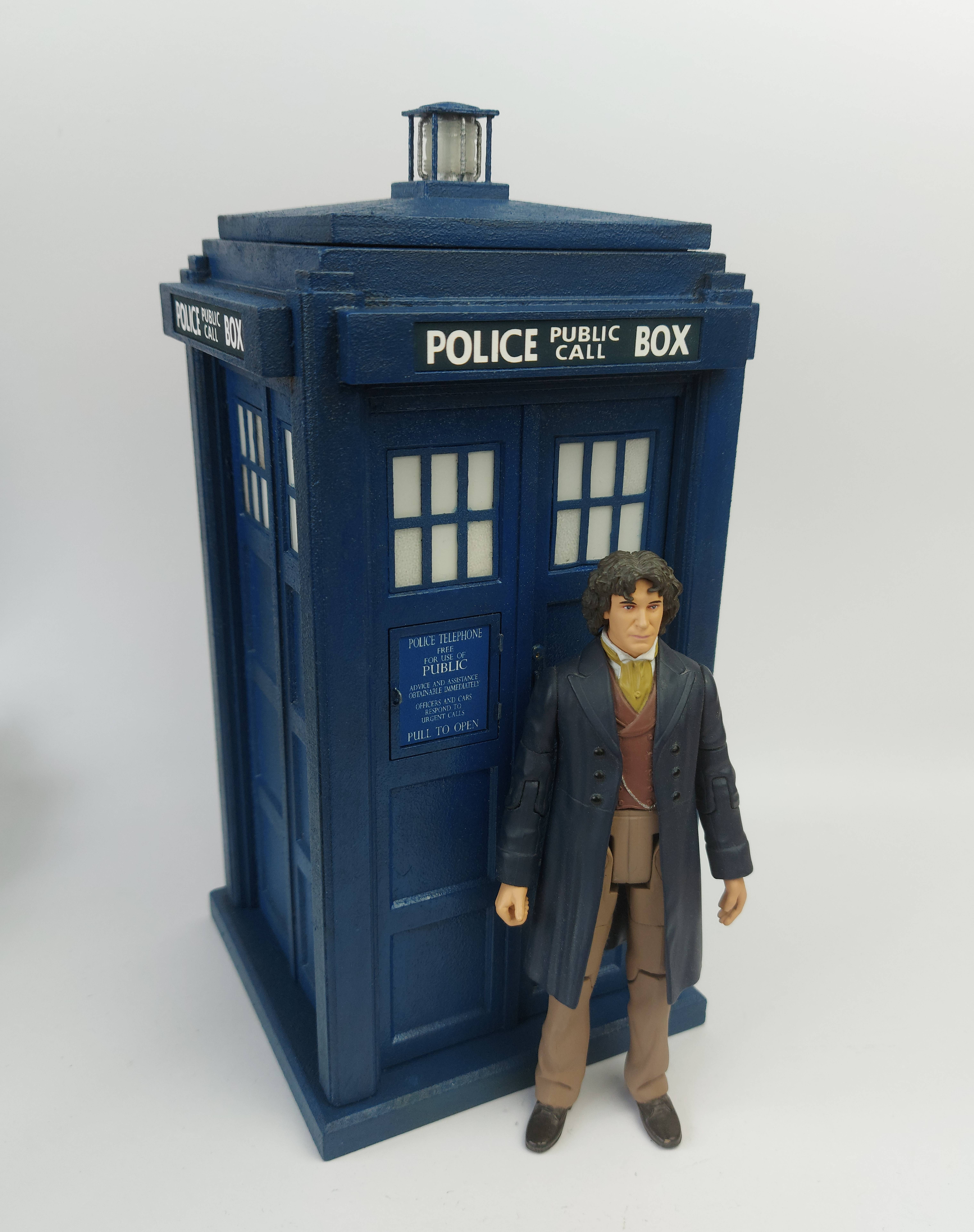 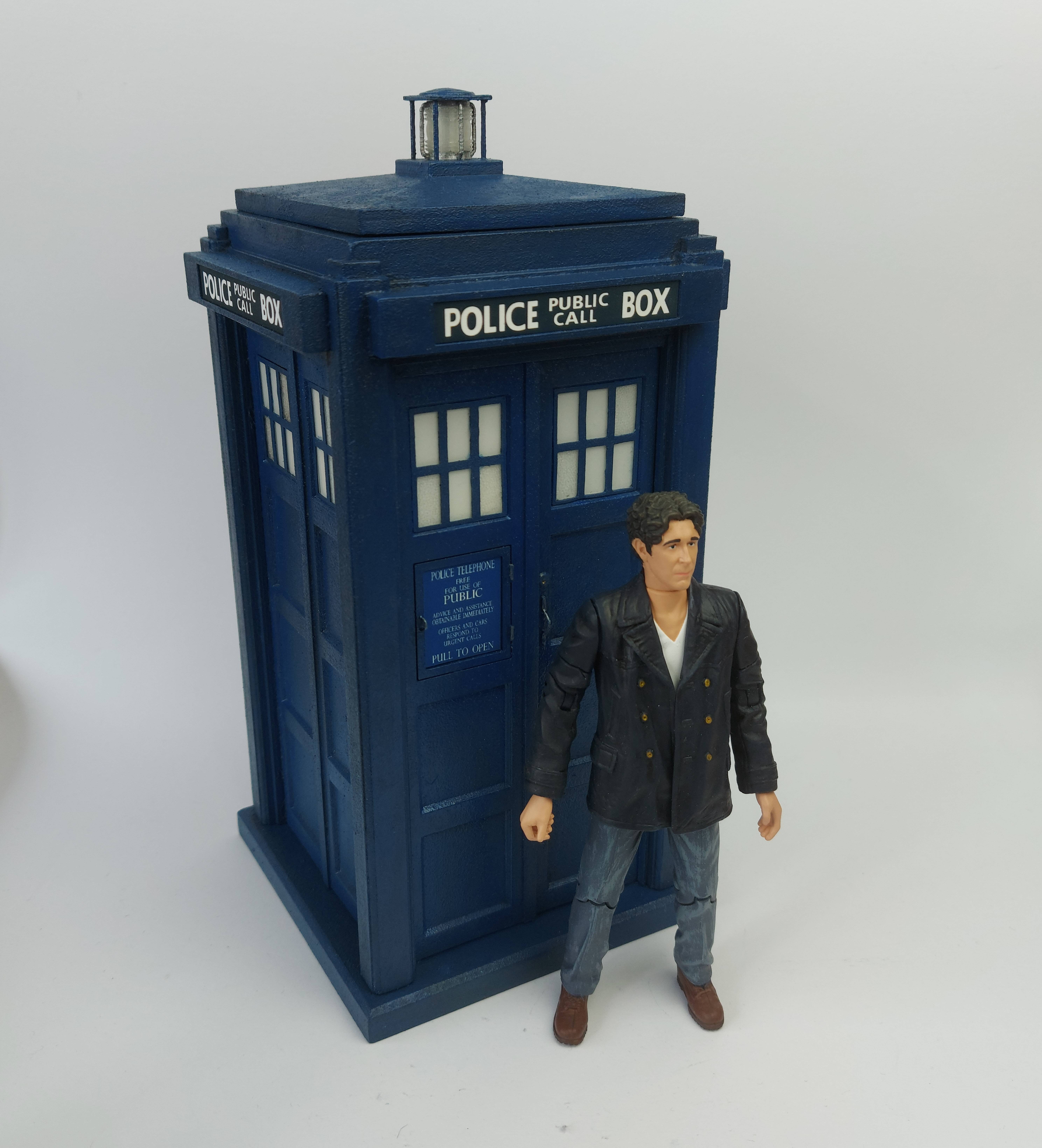 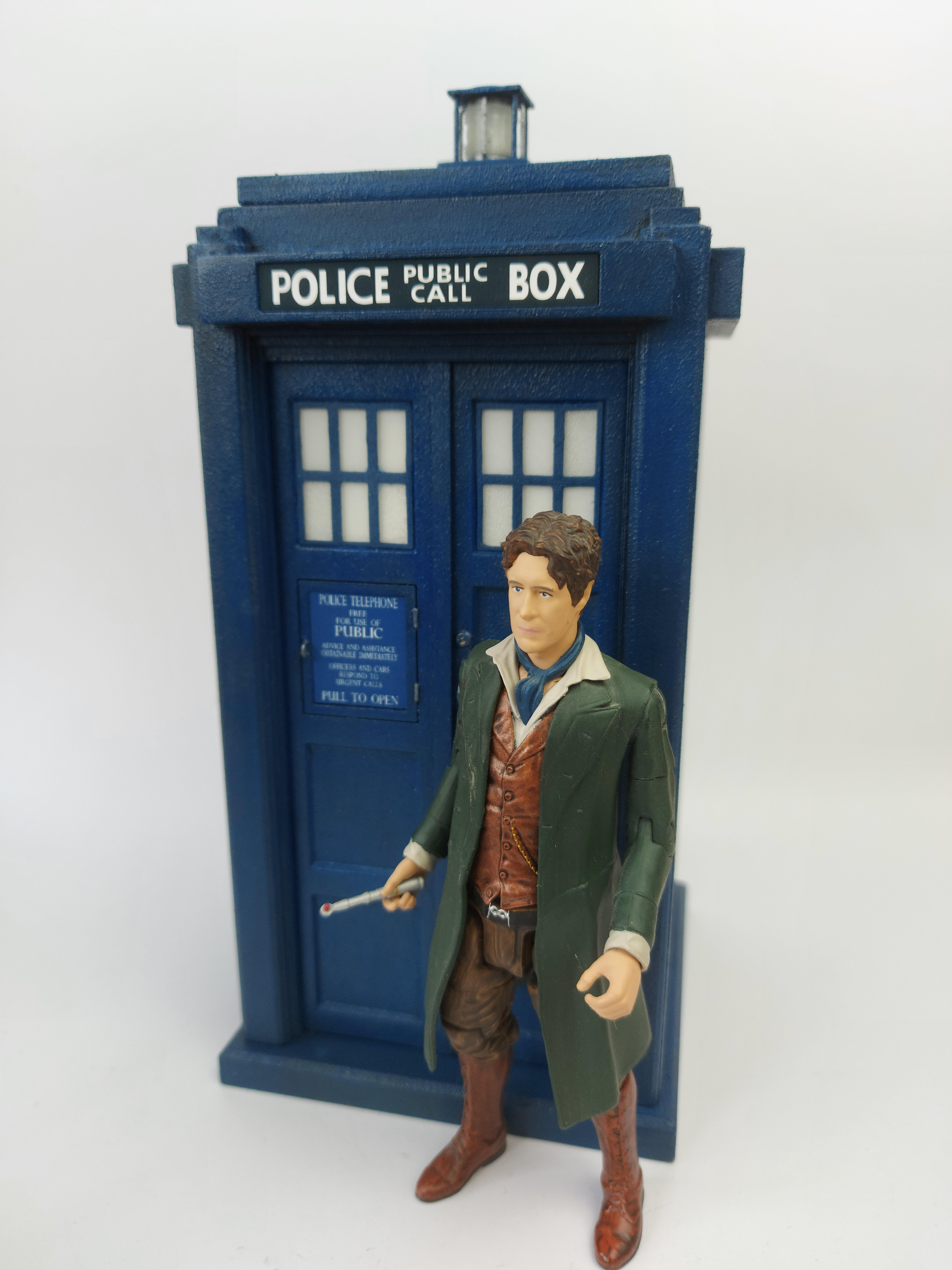 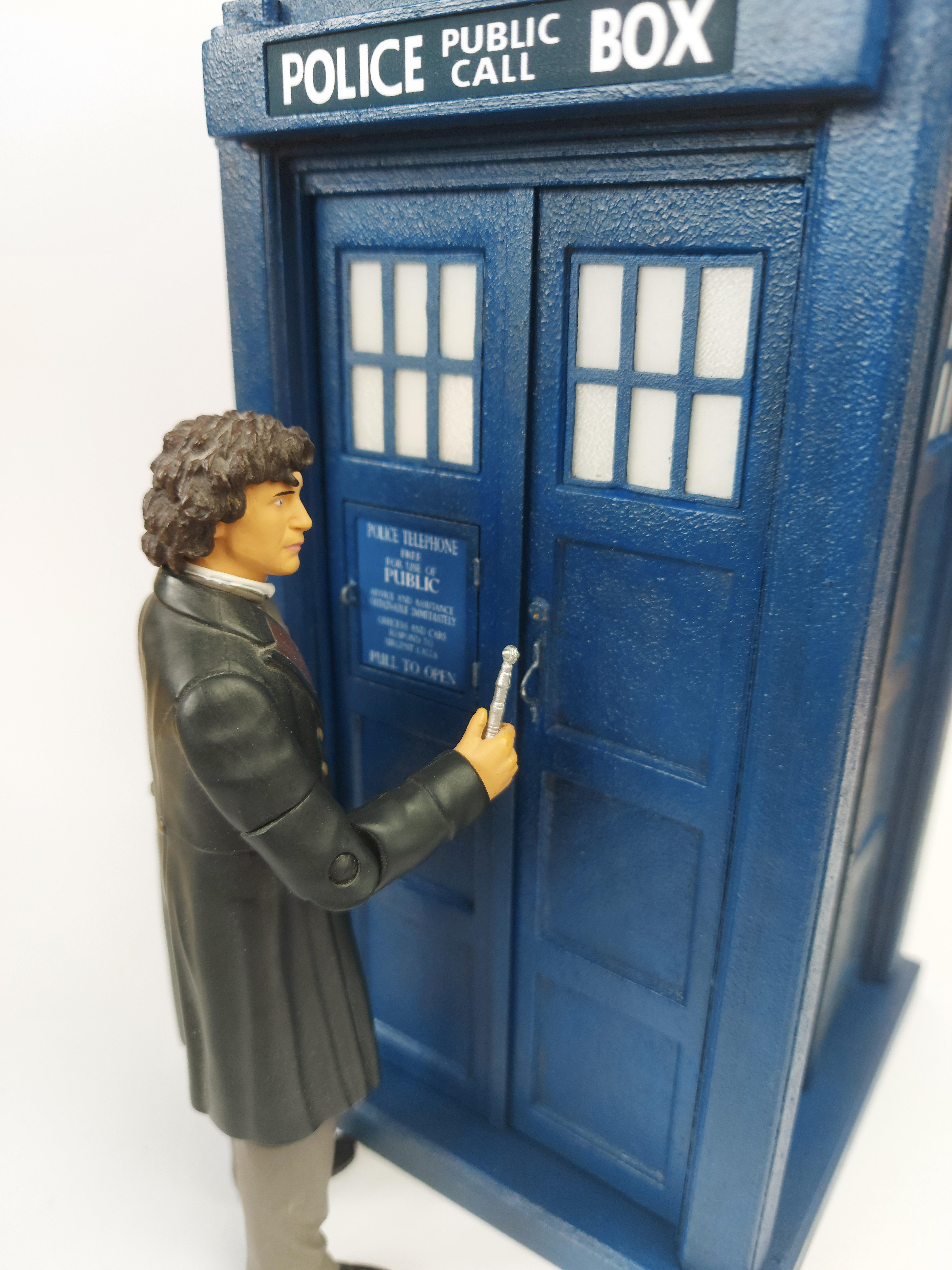 Some comparisons with other TARDISes, including the First Doctor one I made last year: 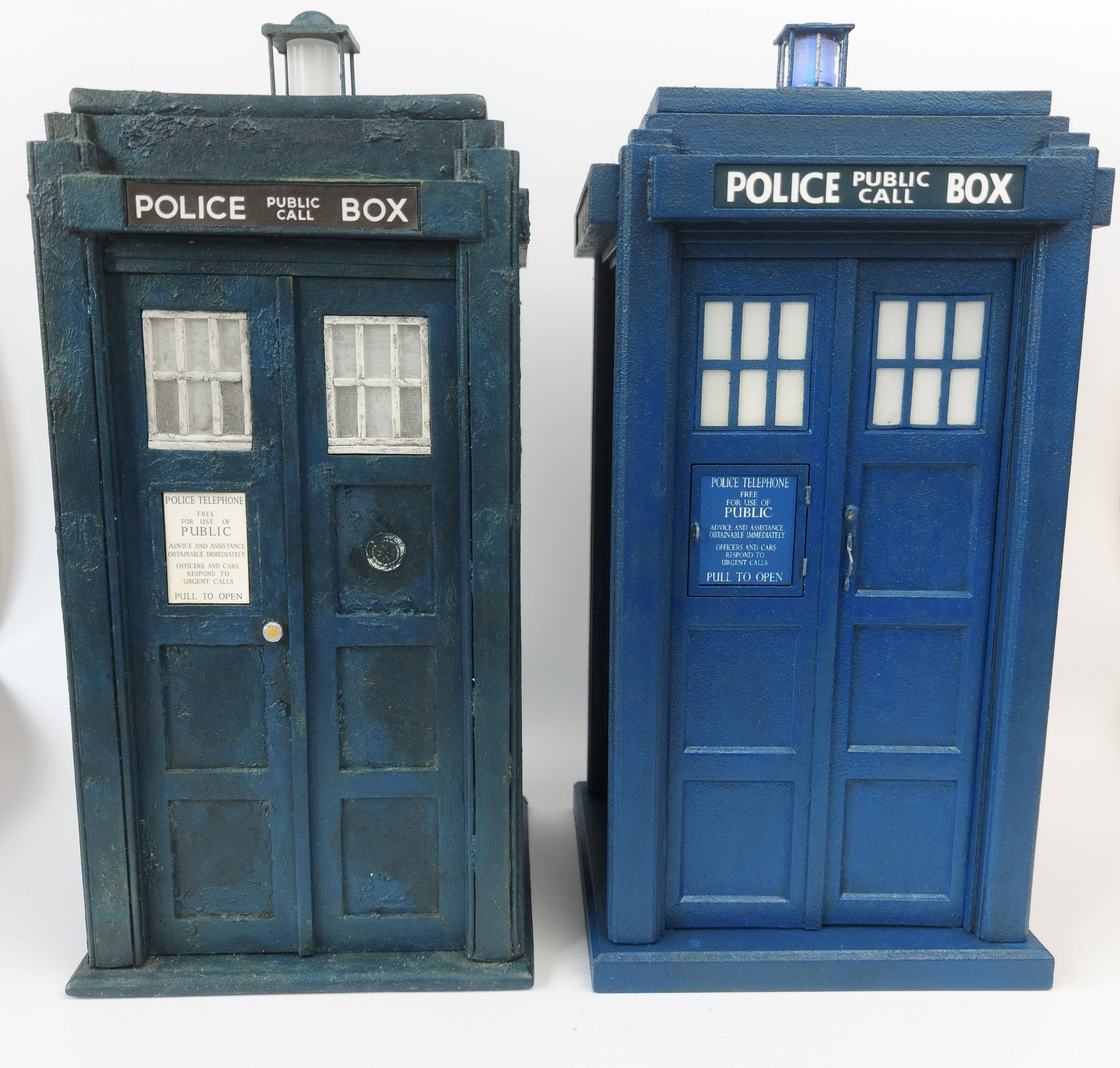 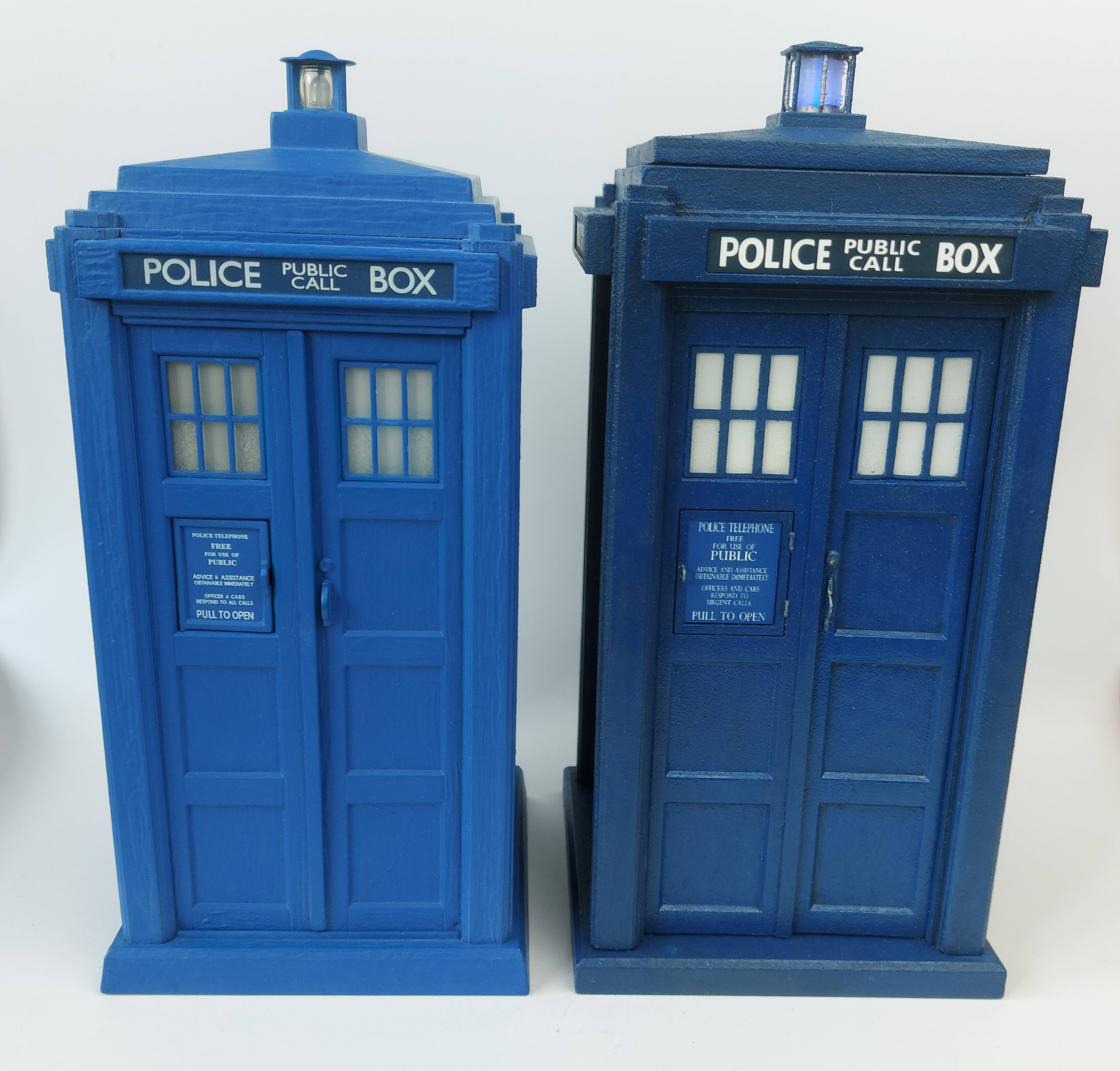 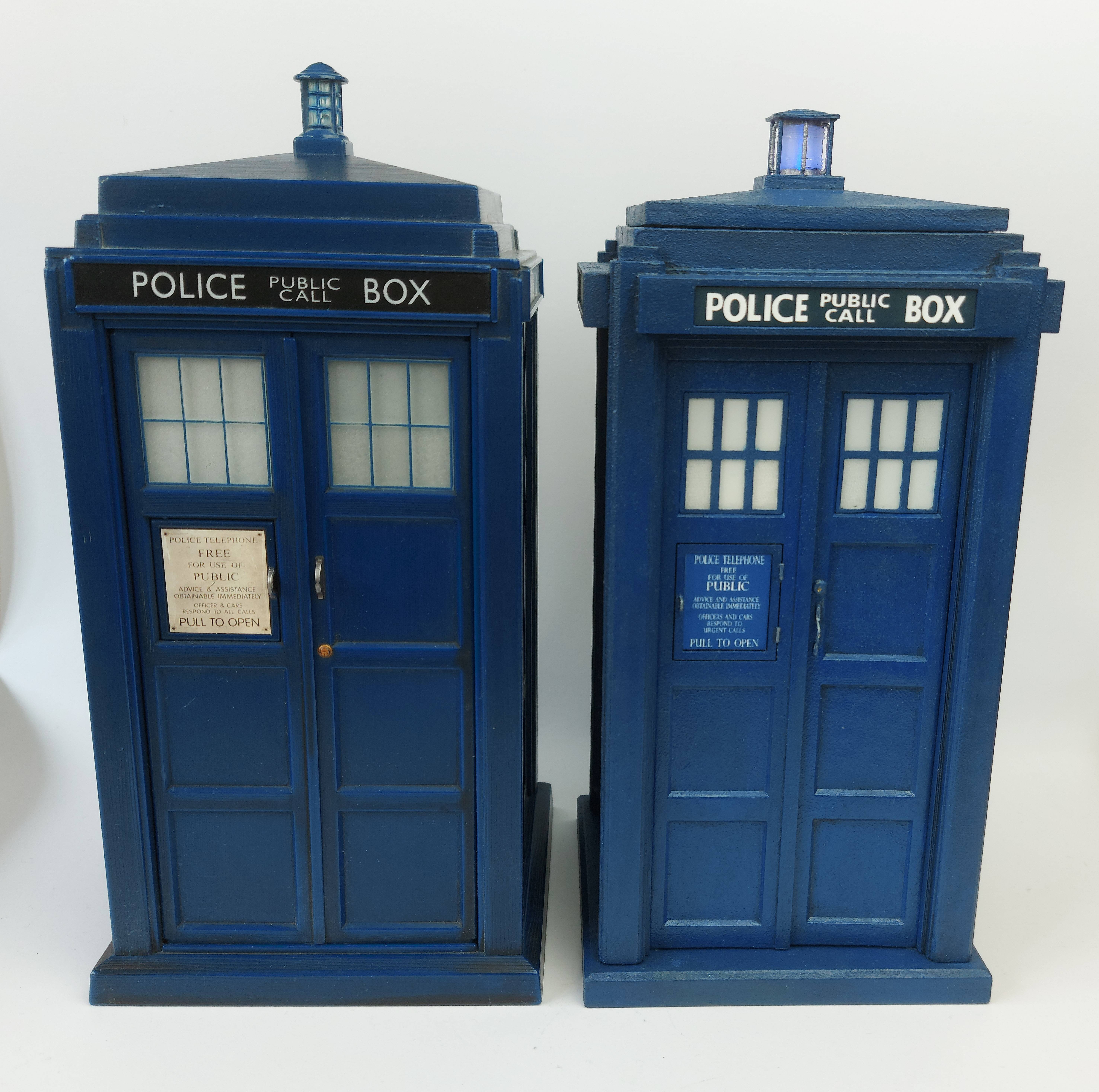 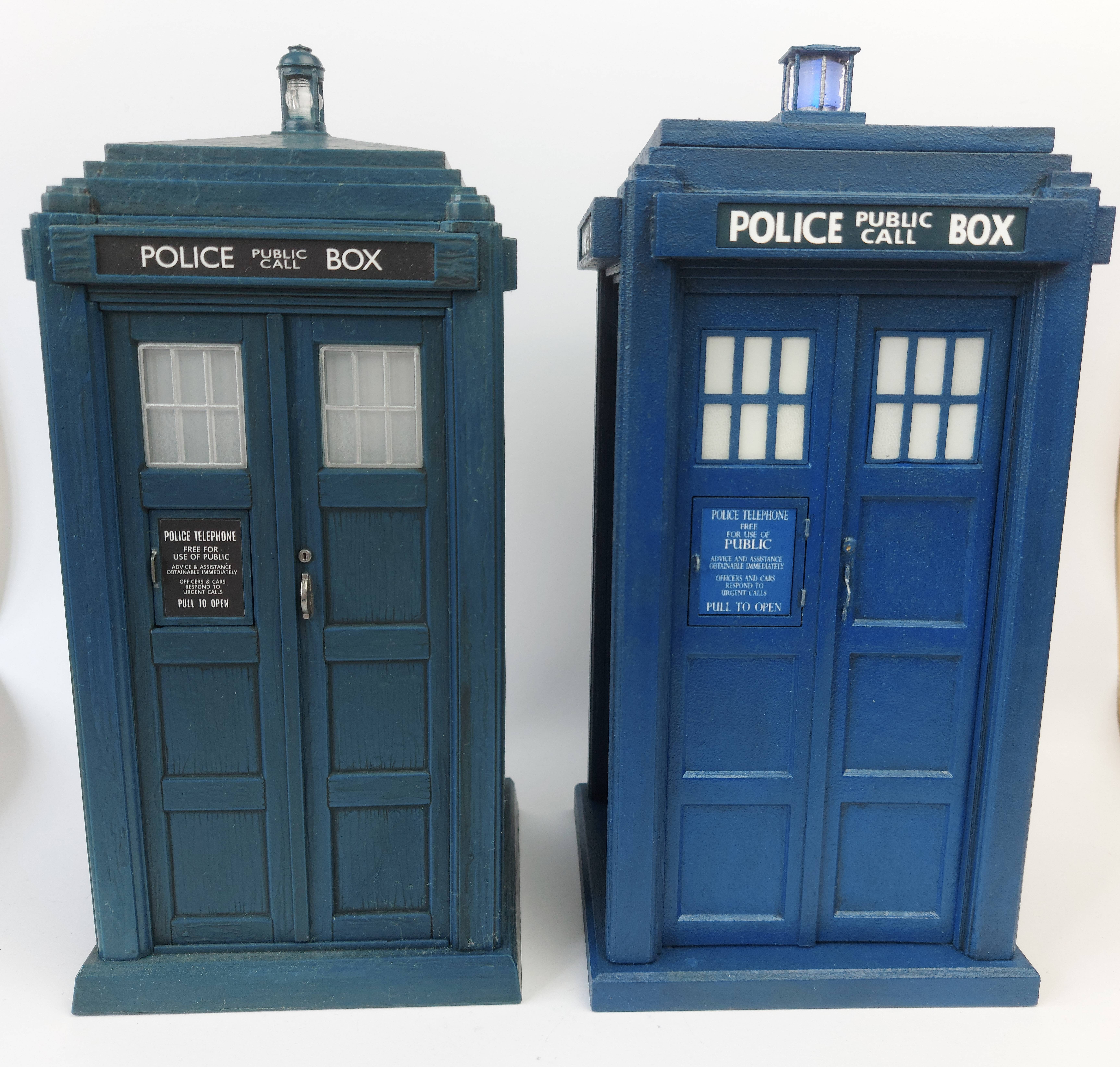 I 3D modelled and printed the whole thing, with the exception of the lamp which is from the version made by Smappy, featured on the excellent 3DprintingDoctorWho site (https://www.3dprintingdoctorwho.com/gue ... lates.html) since he made a much more detailed and neater version than I imagine I could achieve at this point. 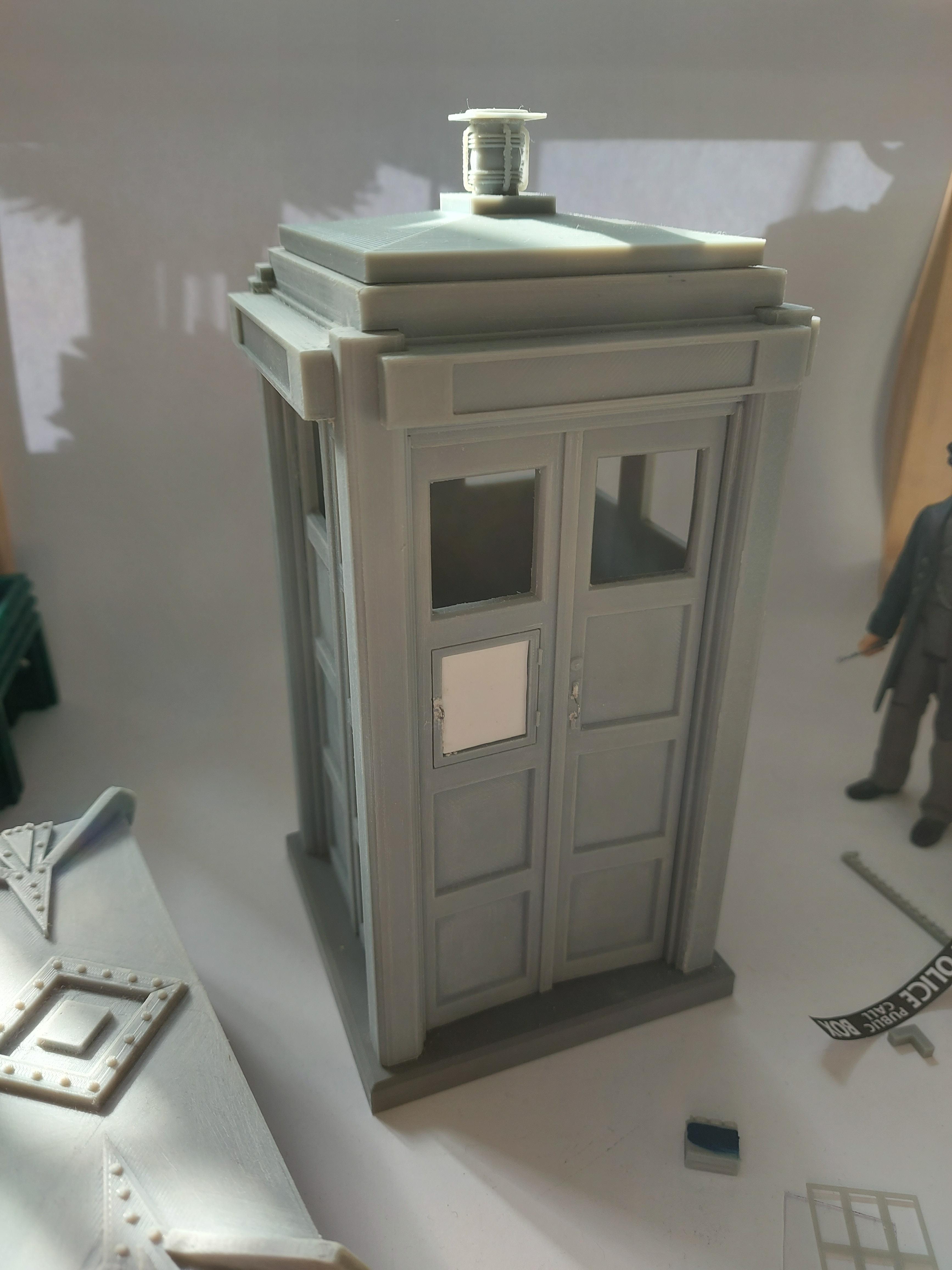 The door handles were made from the legs of an LED. 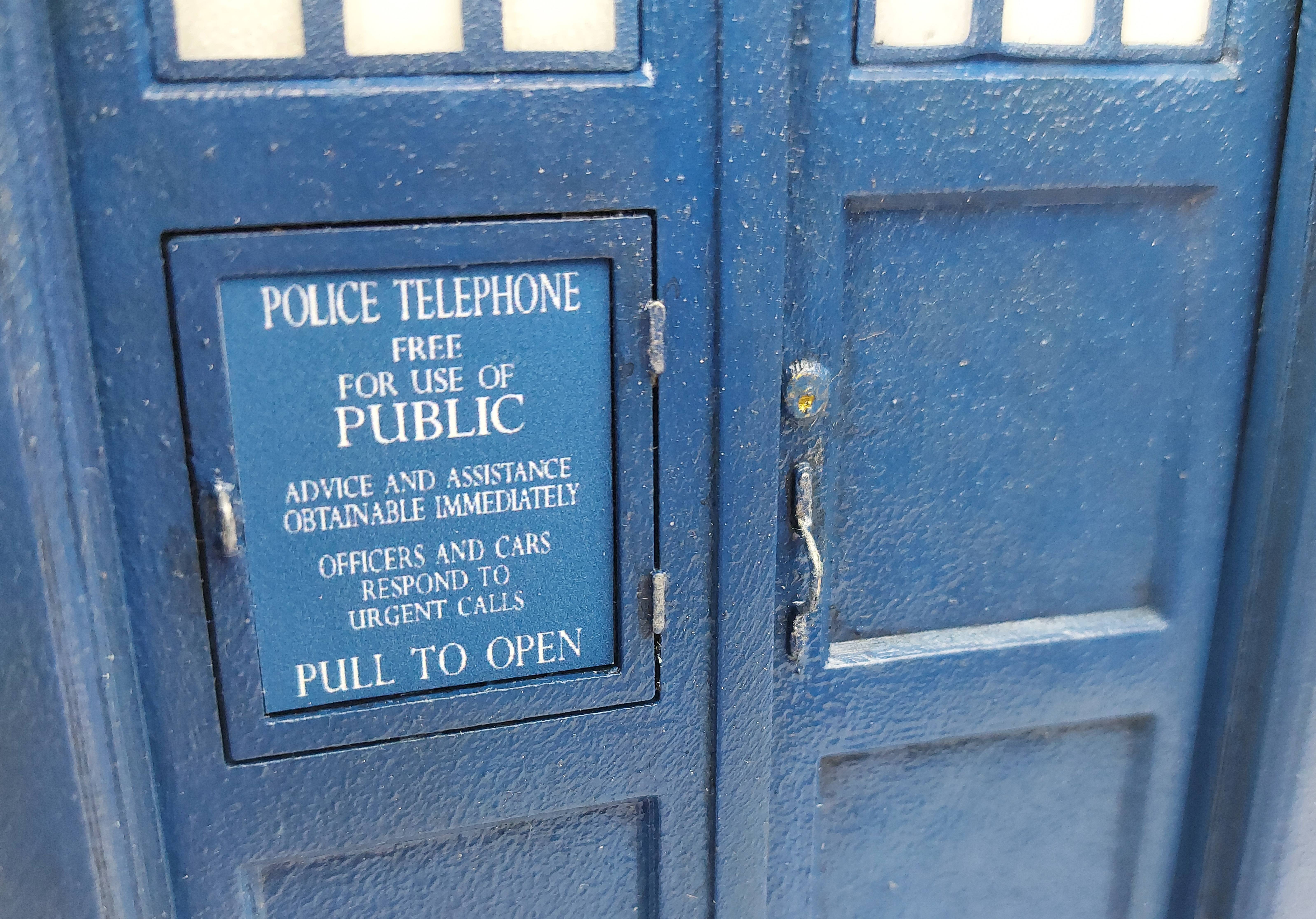 The windows were made from clear acrylic with the back lightly spray painted white. It's a bit hard to see but i've added the accurate patterns of pebelled glass, this box had a different layout of panes on each window. If I were to do this again, i'd probably give them some kind of wash to highlight them a bit more. 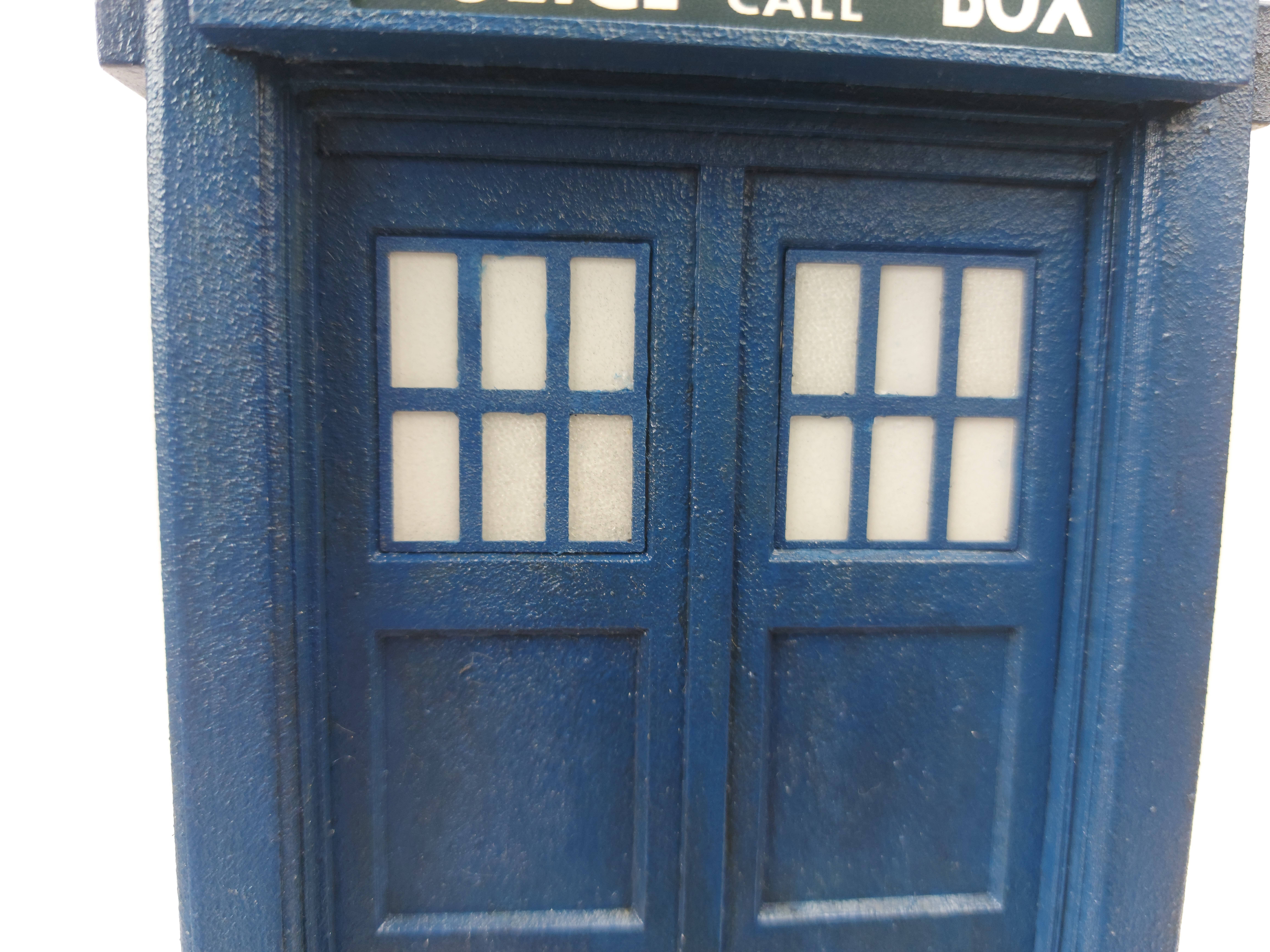 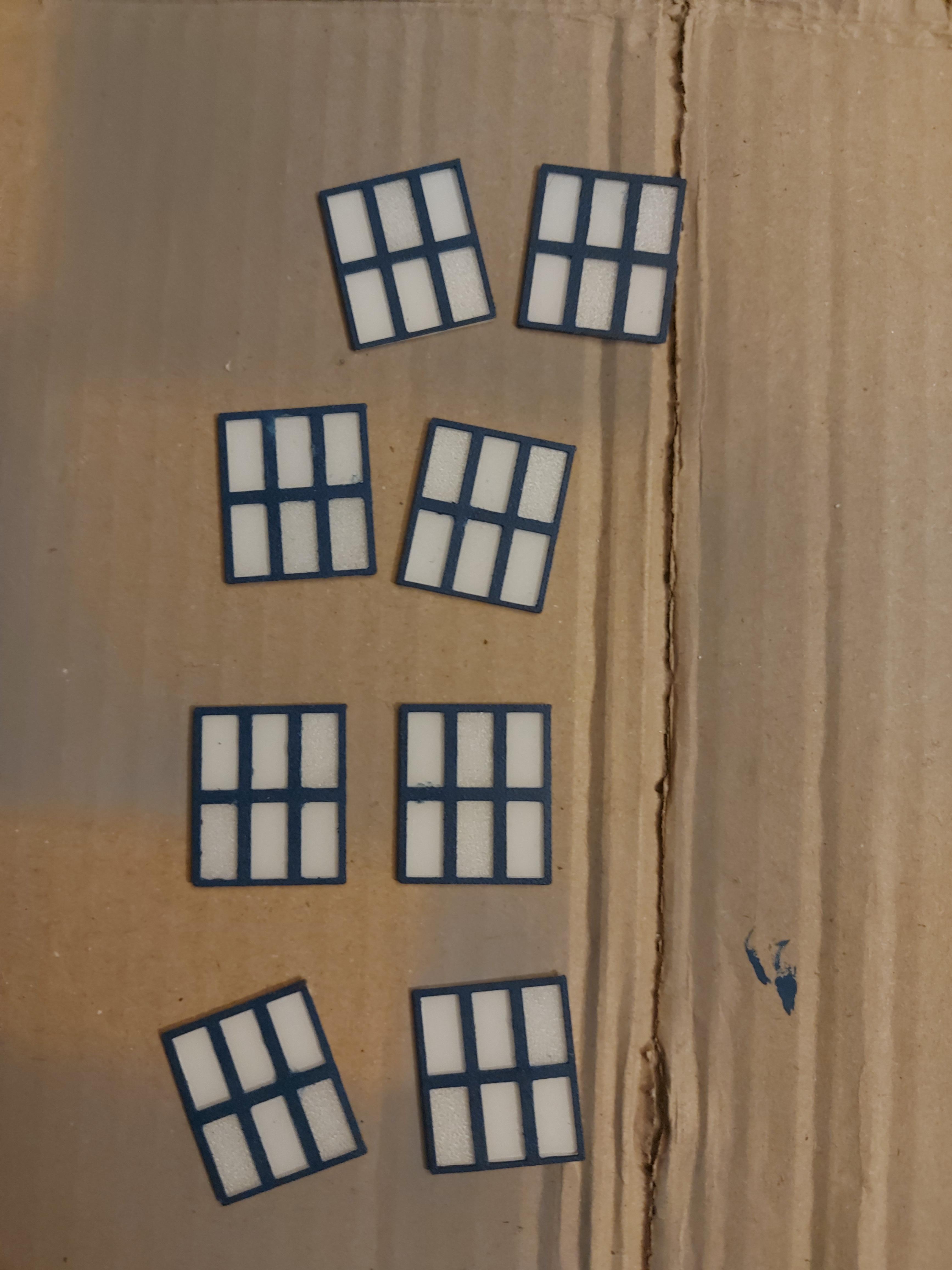 The texturing was done with acrylic paint (basically the way PB props does it). Getting the colour right was a bit annoying since this box looks really different in all the photos of it, I decided on this shade which I mixed to get as close as possible to how the prop looks in more normal lighting conditions, and then finally gave it a light black wash. If you can see a slight pattern on the right door, it was the result of a mishap with a hairdryer while trying to bend the door slightly, it's not too noticable in real life thankfully

I also added the detail of the cubbyhole above the P where the spare key is stored. 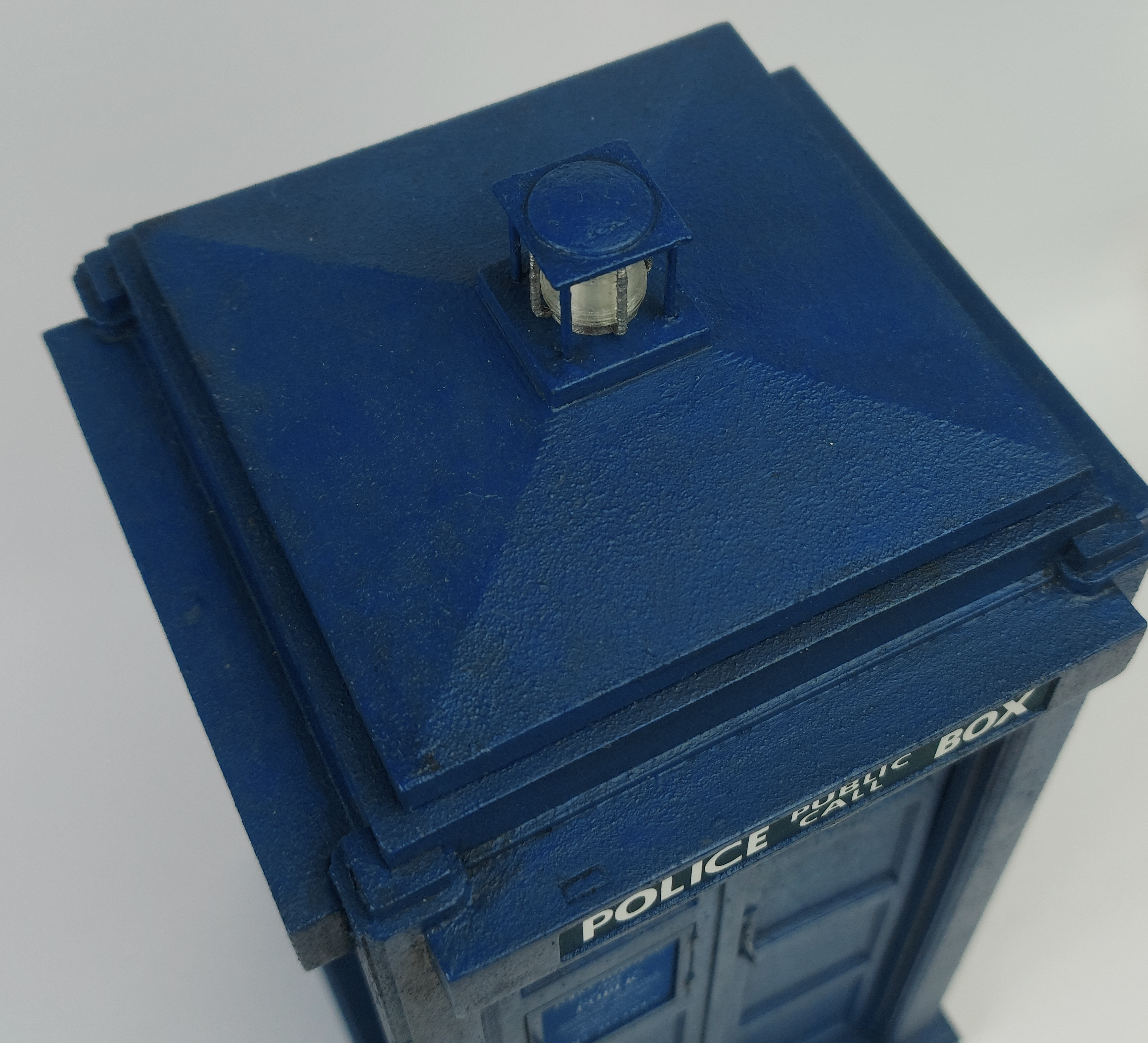 Like the previous one I did, it also lights up 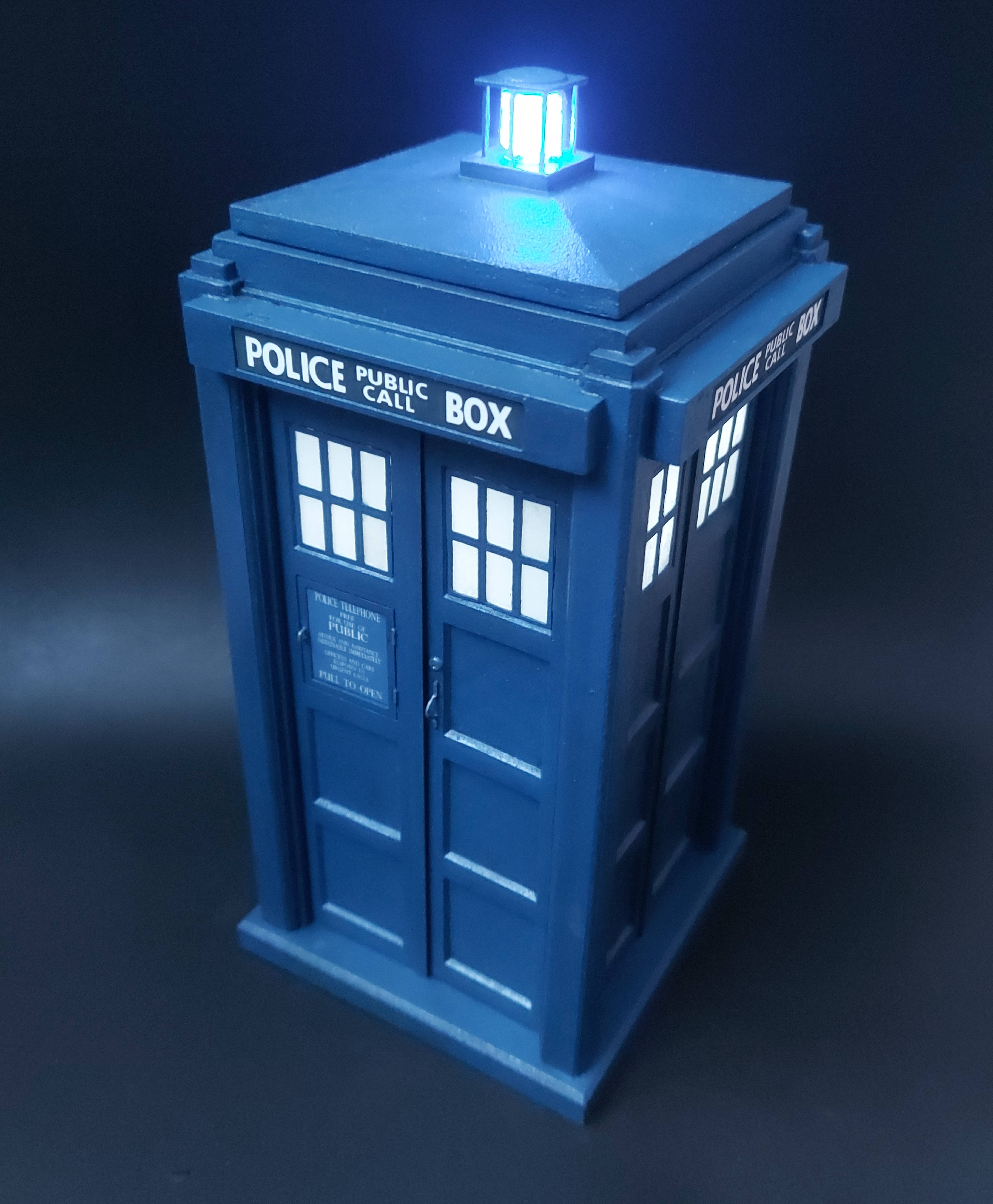 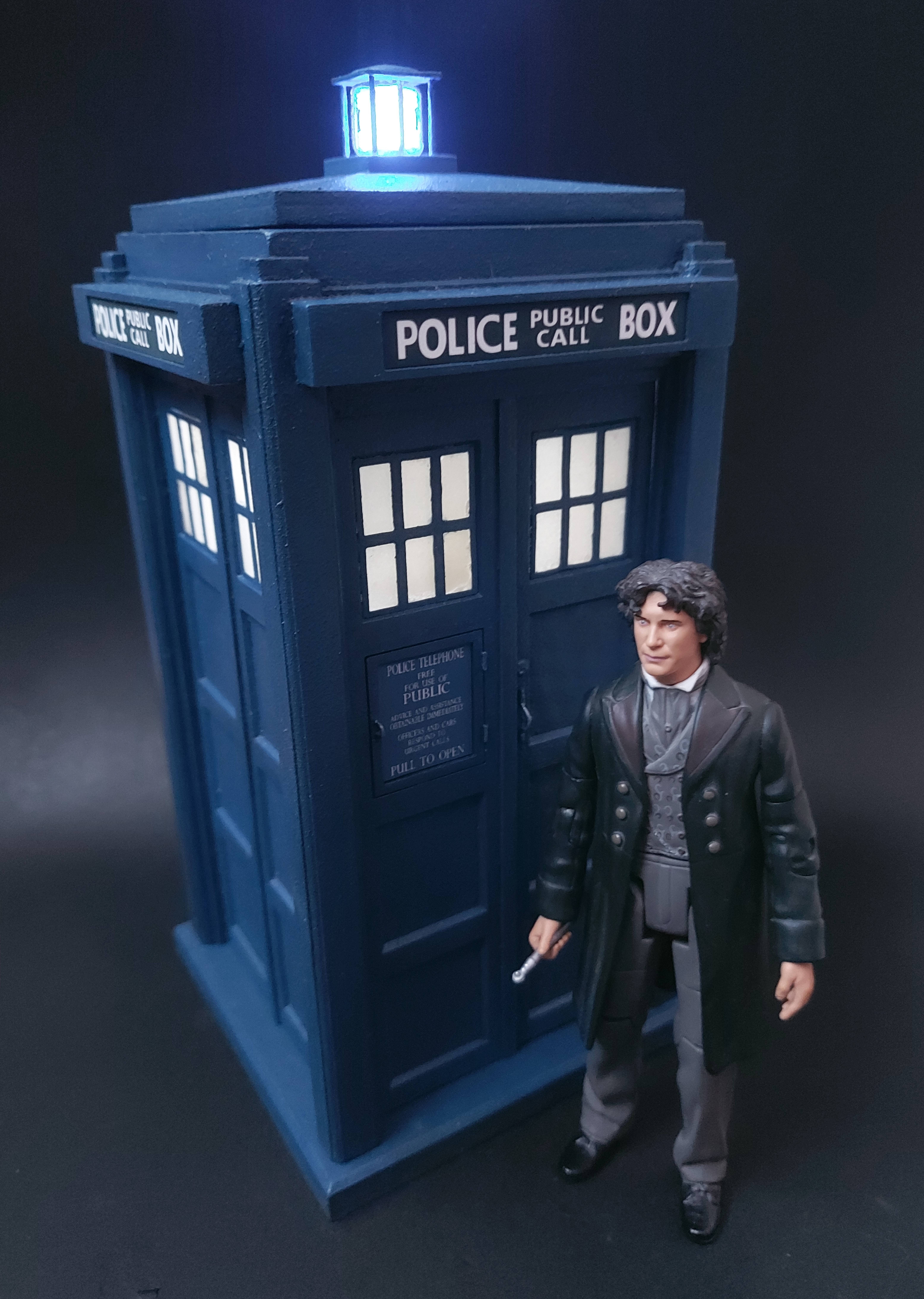 Wow! That's incredibly impressive. You did amazing work with the detailing, and the light is a fantastic touch.

And no, I can't see the pattern on the right door.